Today the news of the Oceania representatives not being able to attend the North American LCQ due to travel issues sparked a lot of debate and disappointment from the community.

The impact it had on the competitive scene and its community 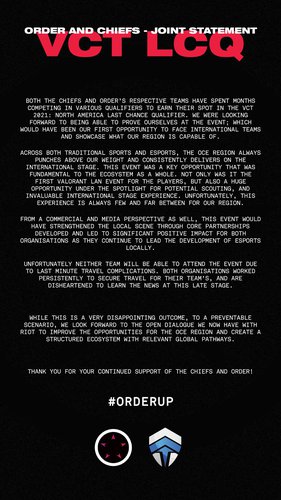 Many people from the Valorant Esports community from fans to analysts, casters, and journalists expressed their disappointment on different social networks, the feeling was that this was something that could have been treated in a better way and that Riot could and in the opinions of many should have done a better job to make sure this problem never occurred.

Others pointed out that this was one more thing that showed how badly the Oceanic region has been treated during the last year, the teams spent the whole year only playing qualifiers to have the chance to participate in another qualifier, one they would not even be able to attend, it’s one of the only regions in the world that still as not seen a Lan tournament and most important wasn’t been able to participate in international events.

International events are very important for the growth of a region’s competitive scene, but also for the growth of the game scene in general as it attracts viewership and new players and helps the organizations to attract new sponsors.

Something that further increased the disappointment of the fans was the fact that according to reports from Andrew “Ducky” Amos “Riot were aware of the border policy in Australia, but the team was lacking in immigration experience to actually get all the documentation”.

With the way the Riot circuit is built right now, the Oceanics teams will only have another shoot at the international competition in the mid of next year, this makes it also not very appealing for new teams that were thinking of entering the Valorant competitive scene in the region, and also makes so that the game is dying rapidly in the region. 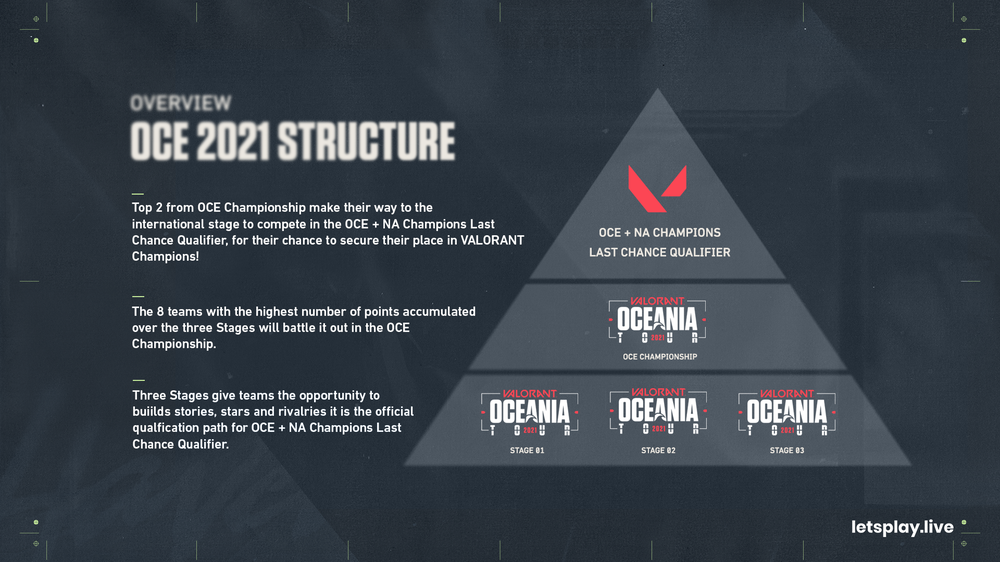 Despite having committed a big mistake Riot is still one of the biggest and best Esports companies in the world so I don’t think we will see something like this happening ever again and I’m sure Riot is already looking for ways to improve the region situation.

Some suggested that the Oceanic region should play in the SEA region, it makes sense due to the geographic localization of the region, and would also allow the players to have some international experience by competing with teams closer to them.

Another way is adopting a similar circuit to the League of Legends one, allowing the entry of the best team from the Oceanic region to participate in the international events, these are some of many suggestions fans and journalists have for the problem but the truth is only Riot can find the better way to fix the problems, and the feeling many in the region have of being abandoned/ not treated as they deserve.

All the images rights belong to Riot Games, ORDER esports,letsplay-live.