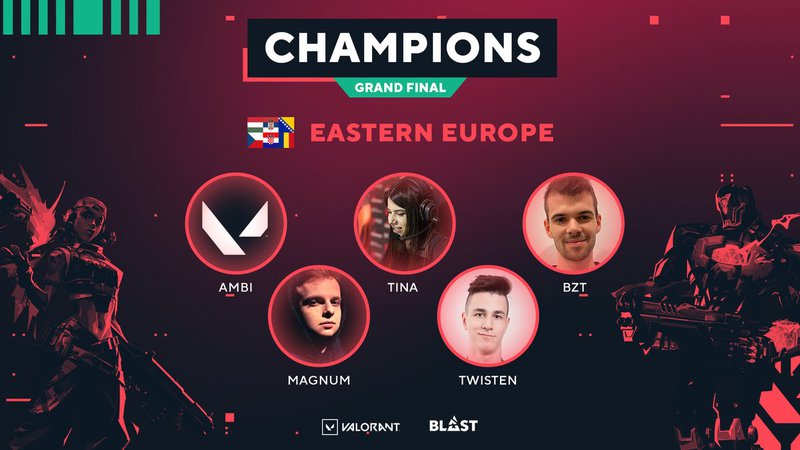 Both finalists started their way on the tournament from group A. Teams won their first match and firstly met in the winner's match of the group. There, Team CIS beat Team Eastern Europe 13:8 on Fracture. Then future champions won decider match, quarterfinals against Team Spain. In the semi-final, they took a strong-willed victory over Team Italy.

In their favor, Team CIS took two victories in a row, against Team France and Team DACH. The grand-final started from the confident victory by Team Eastern Europe 13:6 on Ascent. Team CIS managed to win Bind, 13:8.

13:4 - the final score on the third map, and Team Eastern Europe became the champions of BLAST Spike Nations #2.

Recall that it was the charity tournaments and all $60,000 from prize poll will be donated to the charity.