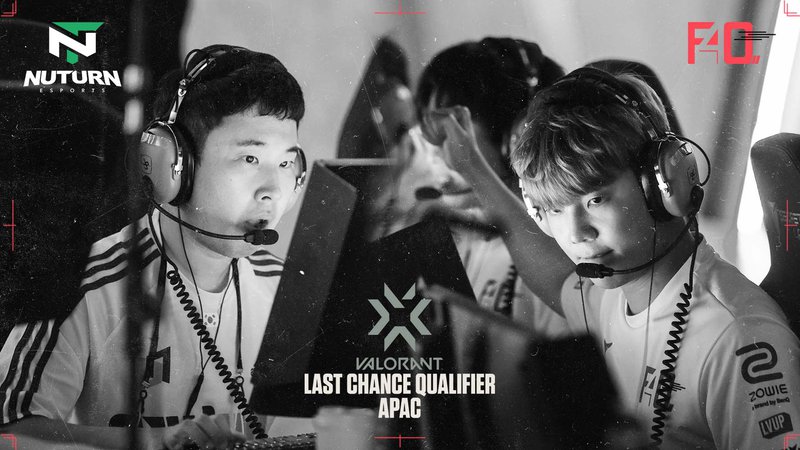 Today marked the second day of the APAC LCQ with the upper quarter-finals matches being played, deciding who will play in the upper semifinals and who will fight for their tournament life.

Full Sense defeat REJECT in the first match the day 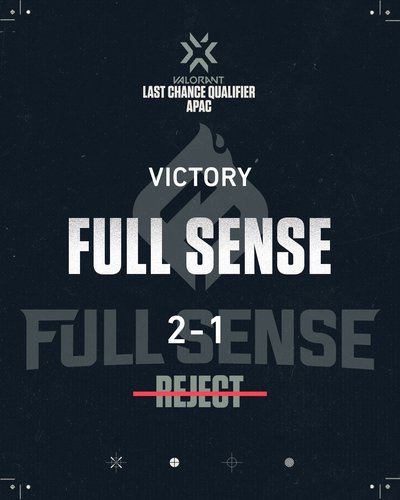 In the first series of the day Thai team Full Sense defeat the Japanese side Reject in a three maps series.

The Thai side won the first map one Ascent 13-8 showing great performance on their defensive side with REJECT having a lot of difficulties to breach Full Sense defensive strategy, despite a valiant effort in the second half by the Japanese side Full Sense ended up taking the series lead.

Breeze was the second map but this time it was REJECT who started off strong on their attacking side winning the first 6 rounds of the game with Full Sense not finding answers to slow down the Japanese side, in the second half Full Sense was still able to string some rounds together but REJECT was able to stabilize their defense and won the map 13-10 and took us to a third and decisive map.

On the decisive map of the series Bind, Full Sense was just much superior to REJECT, lead by a great game from JohnOlsen on Jett and PTC on Raze the Thai side, despite losing the first half pistol round and eco round was able to find success on the gun rounds and seemed to always have the game under control, the won the map 13-7 and the series 2-1 and will now face off against NUTURN in the upper semi-finals.

As for REJECT they will face the South Korean side OF DAMWON KIA.

NORTHEPTION upset the South Korean side of F4Q 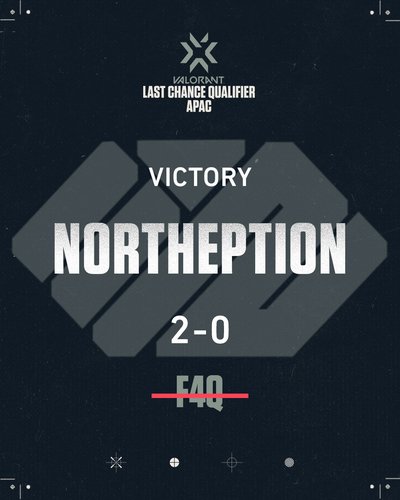 F4Q came into the tournament as one of the favorites, the South Korean side attended Masters Berlin and had great results throughout the year what made this the biggest upset in the tournament so far.

What was even more surprised was the way in which they did it, the Japanese side showed that at least today they were leagues apart from F4Q, they easily won the first map 13-6, with an amazing defensive side that saw them going into the halftime with a 9-3 advantage and winning the last 8 rounds of the first half.

The second map was even more dominant with NORTHEPTION wining 13-4 with the South Korean side not being able to win around in the second half of the game, this was a lackluster performance from one of the tournament favorites that will have to step up massively if they still have intentions of making it into champions, however, we also have to applaud NORTHEPTION performance they came into the series prepared and dint gave F4Q a chance to get into the game.

F4Q will now play against FENNEL with their tournament life at stake.

NUTURN manage to defeat BOOM Esports without many difficulties 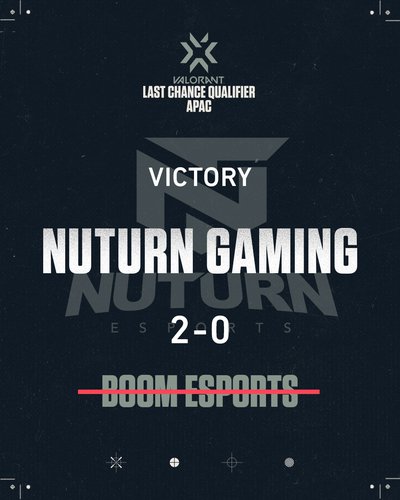 In the third match of the day South Korean team NUTURN faced off against Indonesian team BOOM Esports with the South Korean side being slightly favorites.

However, on the first map of the series Bind, BOOM Esports had an amazing start to the map, they showed a very solid defensive side, adapting well to the different strategies by NUTURN and to the different scenarios they encountered throughout the first half, going into the half-time with an 8-4 lead.

Despite that great first half it wasn´t enough for BOOM Esports to take the win, NUTURN also showed they had a really solid defensive setup and BOOM Esports was only able to break through NUTURN defense twice in the second half, the South Korea team great come back rewarded them with the map victory by 13-10.

On Haven, the second map of the series, both teams traded rounds back and forth with NUTURN leading 7-5 going into the half time, once again NUTURN defensive side proved to be the key, they won the match 13-7 and advanced to face against Paper Rex in the upper semifinals.

As for BOOM Esports, they drop to the second round of the lower bracket. 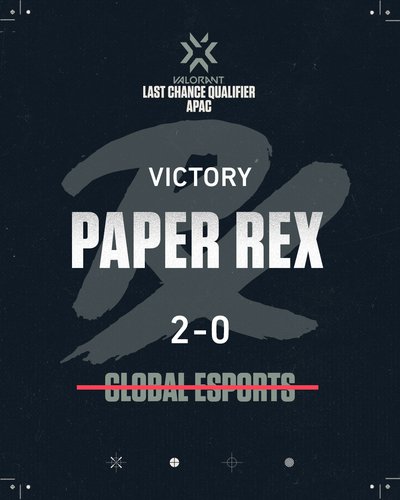 On the first map Icebox, Paper Rex showed they didn't come to play, the Singaporian team gave no chance to the Indian side showing they were outmatched both skill-wise and tactically, they cruised to a 13-3 victory in the first map and Global Esports was going to need to step up a lot in the second game to at least make it competitive.

However, Global Esports wasn't able to show up on the second map as Paper Rex completely dominated the game and won 13-0 taking the series 2-0, and with this level of play no one must want to face Paper Rex, they will now advance to the upper semifinals against NUTURN while Global Esports will fall to the second round of the lower bracket.