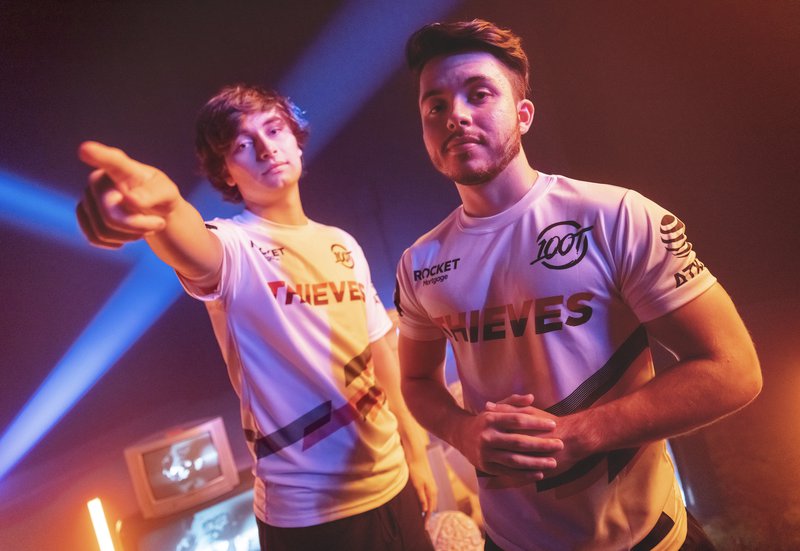 8 teams from North America are fighting in Los Angeles for one spot for VALORANT Champions, which will be held in Berlin. In the first game day were played three games.

100 Thieves, who made one change after Masters - Berlin, played the first match against Gen.G. Those in turn also replaced one player and added coach - Elmapuddy. In spite of good start, 5:0, 100 Thieves allowed the opponent to close the gap. Gen.G felt confident in their abilities and managed to win first map 13:10.

On the second map, we saw 100 Thieves in full glory. They crushed the opponent 13:8 and equalized the score in the match. Wanna note one thing: Ethan showed better game on Split than on Breeze. On the first map, Ethan had K/D 10-15, and on the second map - 29-11.

In the second match of the day, XSET met with Luminosity. XSET, unfortunately, lost the first map with a crushing score 2:13.

XSET started to play on the second map, Ascent, won the first half 8:4. Luminosity tried to make comeback, but after wild clutch by AYRIN on Killjoy, Luminosity lost all chances to win 2:0.

XSET started on third map 4:1, but after that, lost six rounds in a row, and ended the half 5:7. But XSET showed brilliant defense in the second half, allowed opponent to win only three rounds, and they won eight. The final score 13:10, and XSET sent Luminosity to lower bracket.

XSET continued to play Split in the match against 100 Thieves. In spite of 100 Thieves had chance to see how their opponent performed on this map, XSET surprised 100 Thieves and won Split 13:9.

For that, Hiko and co worked on the mistakes on the Breeze map, which they lost in their first match. Thanks to Asuna's performance on Reyna, 100 Thieves equalized the score in the match, winning Breeze 13:8.

The third map was played in an equal fight, the teams failed to determine the strongest in the first half, 6:6. The victory in pistol round, helped 100 Thieves lead ahead in the score, and won Ascent 13:9.

Within the second game day, in NA LCQ will held another three games.