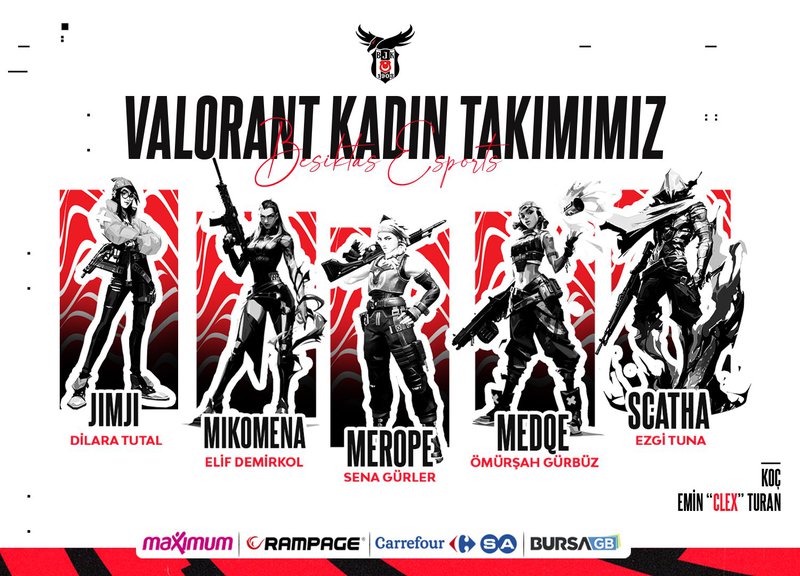 The Valorant competitive female scene grows by the day after G2 recently announced their entry into the scene now one of the biggest sports organizations in Turkey Beşiktaş revealed today the female roster that will represent the organization.

More and more organizations are investing in the female Valorant scenario worldwide which is great to see and helps the scenario to continue to grow.

Beşiktaş female team will play in the qualifier for the VCT Game Changers EMEA Series 2 where they will have a chance to play against the best female teams in Europe and show what they are capable of.

Beşiktaş roster is the following: