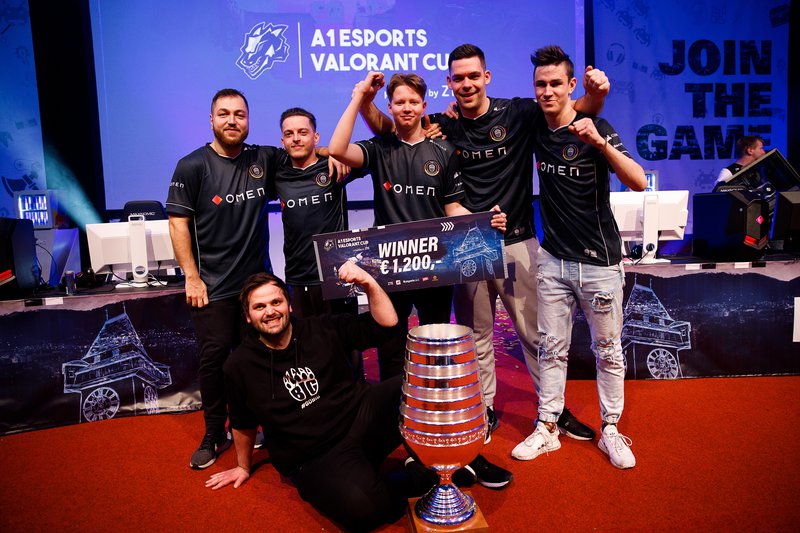 BIG came back from a 2-0 deficit in the grand final of A1 eSports Valorant Cup #2 to win the tournament over CGN Esports, 3-2.

The grand-final of A1 eSports Valorant Cup #2 was on LAN in Gratz, Austria, where BIG met with CGN Esports in a best-of-5 match.

CGN Esports swept opponent on Split, 13:3. On Haven, there was an equal fight between the teams, as long as BIG managed to get ahead, 12:9. CGN Esports woke up, firstly tied the game, and then won two rounds on overtimes, secured the victory in the second map, 14:12.

BIG were ahead of the game on Ascent, thanks to an incredible performance by Twisten on Jett (26-13). CGN Esports had a chance again transferred the game to overtimes, but this time BIG managed to win the last round, and made 2:2 in the final.

As often happens, the fifth map of the final turns out to be one-sided. It happened here too. BIG, who were inspired by comeback from 0:2, crushed opponent on Icebox 13:5.

Shahzam affirms he found out Sentinels dropped him through leaks
The IGL of the North American team, Sentinels, Shahzeb "ShahZaM" Khan found out that he wasn't going to be on the team for next season right during the Twitch broadcast via a leak.
06/10/2022
1133 Views