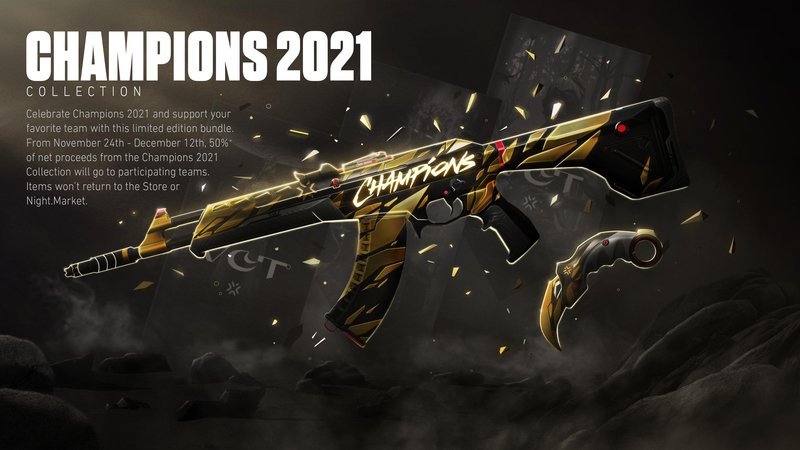 Riot new skin bundle as the objective of celebrating the biggest Valorant tournament so far.

Valorant Champions is the biggest Valorant tournament of the year and to celebrate it Riot Games announced a new Skin Bundle.

The bundle will have a skin for the Vandal, a new melee weapon that has the form of a karambit Knife, and player cards, one for Phoenix, Sage, and Brimstone.

Just like the zed skins, this one will also have a finisher theme with the Valorant champions symbol and music showing over the enemy Agent.

The skin will be available from the 24th of November to the 12th of December, and the items will not return to the store or night market. Also, 50% of the net value procedure from this collection will go to the participating teams at Valorant Champions.

According to HITSCAN - RyanCentral & Mysca the bundle will cost 6264 Valorant points.

You can have a look at some in-game footage below, credits to Mike - Valorant Leaks & Info

To learn more about the new Bundle and more gameplay footage, you can watch it on HITSCAN - RyanCentral & Mysca video, where he goes into detail about everything in the bundle and how to get it.