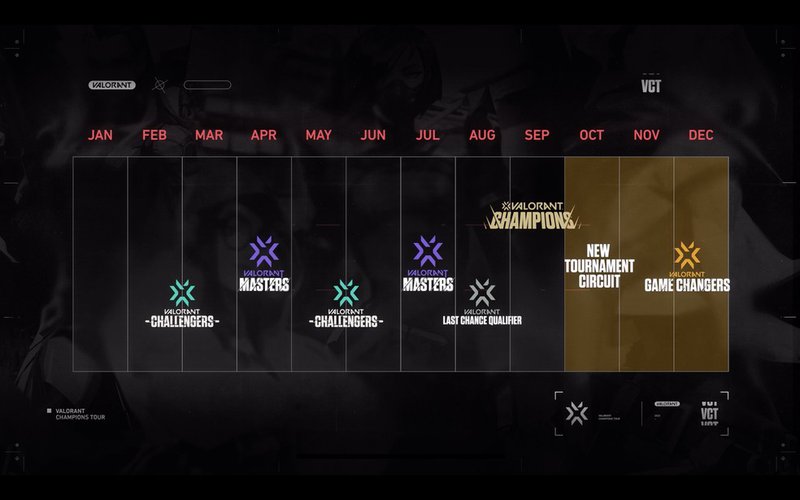 Riot Games Valorant announced today the calendar for the 2022 Valorant Champions with some changes, the introduction of a new tournament series, and more.

On a Twitter video, Riot Games announced the format for the VCT in 2022 introducing a new league and more things you can expect in the VCT 2022.

As for Valorant Champions, it will happen early next year with the tournament being moved to September in order to create time for the new tournaments series Riot will implement.

Next year Challengers will adapt a different format, according to Riot this format is supposed to be "more consistent for pros and more exciting for fans", each Challenger split will kick off with an open qualifier that will then lead into multiple weeks of "league style play" between the teams in the region, with all culminating on a big tournament that will decide the winner.

The Last Chance Qualifier will also happen in August just like it did this year.

In order to create more opportunities for aspiring pros Riot came up with some projects, the first is the creation of national leagues, just like in League of Legends, and its primary goal is to develop the next generation of Valorant stars, the leagues will start on Europe but will then slowly expand to every other region.

Riot also announced a new tournament series that will take place during the months of October, November, and December giving teams much more tournaments to participate in, which was something a lot of teams were asking for.

Probably the biggest announcement was the Global Game Changers that will give us the chance to watch the best female teams in the world compete against each other.

Leave a comment below on what you think about these changes by Riot.