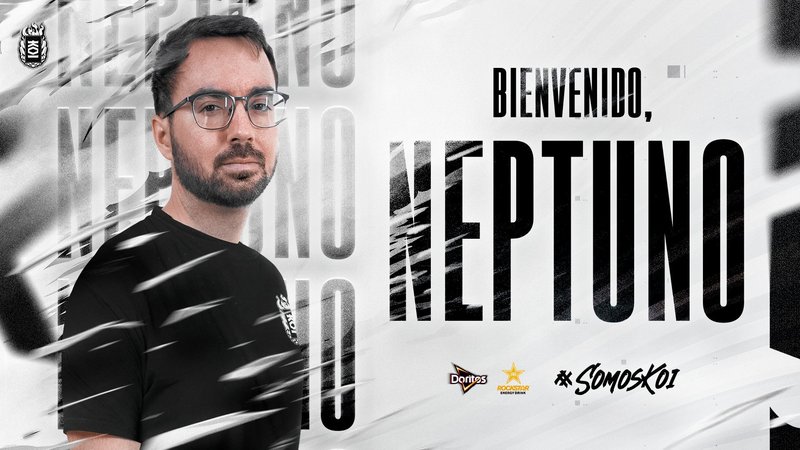 After a bad start in the Spanish VRL winning just one of their six games, the team that came into this second split with the goal of winning it all decided that a change was necessary.

In his Twitch Ibai Llanos already had said that a change was going to happen since the dynamic of the team clearly wasn't working, and there was the need to add some fresh blood.

Neptuno who has on ZETA was announced today in the afternoon and will take the place of starkk who was benched. Despite still being under contract with the organization he was given the green light to search for other opportunities.

With this change, the team will look to turn their season around, with the main goal now being to reach a playoff position in the league standings.

KOI finished third/fourth in the last split of the LVP and came into this one with the goal of winning it all. Let's if this is the necessary change to make the team a contender for the title once again.

KOI roster is now the following: