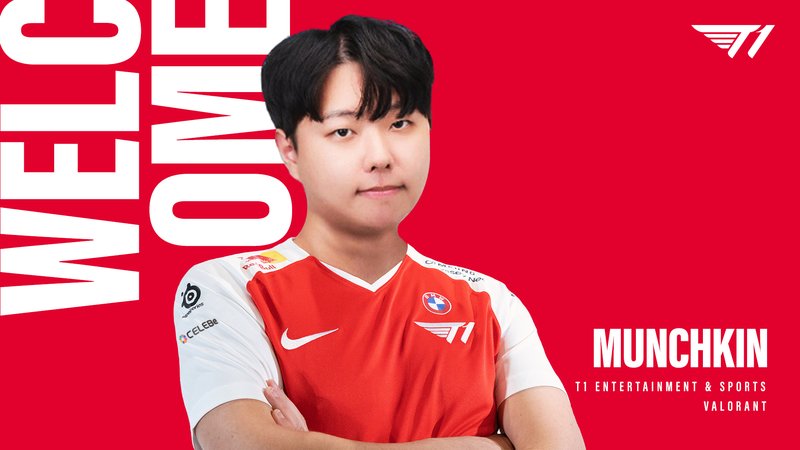 Today T1 announced yet another piece to their roster rebuild.

The organization still hasn't found the success desired in the North American Valorant scene and has been making huge changes in the recent past.

In a Twitter post, the team announced the sign of Superstar duelist Munchkin who was currently a free agent after his very successful journey in Crazy Raccoon, especially in 2021 where he and his team dominated the Japanese scene and attended all the international events of that year.

With this move, T1 gains a very experienced and skilled player that will for sure help the organization achieve its goals in the near future.

Despite now having two South Korean on the team, two players, and one coach the team is committed to staying in North America and assembling a championship roster.

T1 roster is now the following: