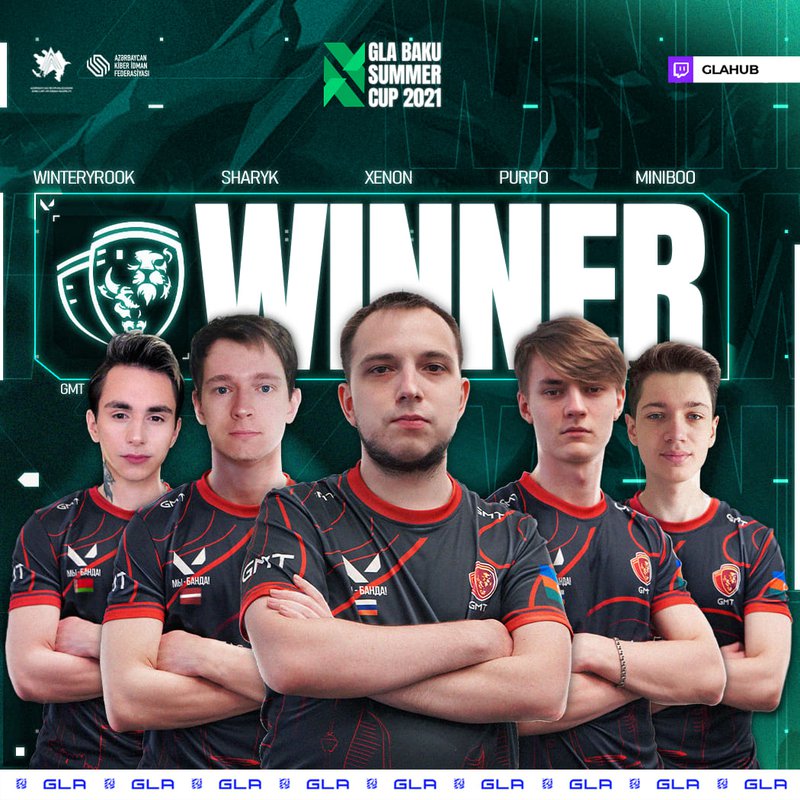 The esports organization from Azerbaijan went undefeated in the tournament, not dropping a single map and showing they were clearly the best team in the event.

The team was placed in group A, which consisted of EZ Katka, tyeasy and, Axsor.

They won the first game of the group stage 2-0 against tyeasy due to the opponent team forfeiting the match, and in the second game they faced EZ Katka, however, the Russian team also had no chance against GMT Esports and lost 2-0 in two one-sided maps (2-13 on Icebox and 7-13 on Breeze), finishing their group in first place with a 2-0 score, without dropping a map.

On group B, composed of Team Singularity, Aim.Atack, Moscow Five jr and SMARACIS Esports, Danish organization Singularity also went 2-0 and topped their group, however, the team dropped a map to Aim.Atack and all the maps in that series were close, with Singularity winning Bind, the third map, in overtime by 16-14 not showing as much dominance as GMT had shown in their group.

Going into playoffs GMT Esports and Team Singularity were the favorites to win the tournament.

The teams that made it into playoffs were GMT Esports and EZ Katka from group A and Team Singularity and Aim.Atack from group B.

In this format, the first place from group A faced the second place from group B and vice versa, with no loser bracket, but with a third-place match, and with all the matches being a best of three.

In their first match of the playoffs, GMT defeated Aim.Atack 2-0, with a close victory on Bind by 14-12 and a one-sided win on Split by 13-7 advancing to the finals while Aim.Atack was going to play in the third-place match.

As for Team Singularity, they eliminated EZ Kata winning the series 2-1, taking the first game 13-8 on Ascent, losing the second one 8-13 on Haven but having a decisive win on the third and final map of the series with a 13-5 victory on Breeze to book their ticket to the final where they would face off against GMT Esports.

In the finals both matches between GMT Esports and team Singularity were very close, however, GMT Esports came out on top on both maps, 13-10 on Icebox and 13-9 on Breeze, winning the series 2-0 going undefeated in the tournament and claiming the first place as well as 2,500$.

Team Singularity received 1.500$ and finished second in the tournament, and despite having lost 2-0 in the finals they still had an amazing tournament run.

As for the third-place series, EZ Kata won 2-0 against Aim.Atack, with a close victory on Haven 12-14 and a one-sided victory in the second and final map of the series by 2-13 on Ascent, taking the third place in the tournament and with-it 1000$.

Congratulations to GMT Esports for the tournament win and for the dominance they showed in the entire event not dropping a single map.