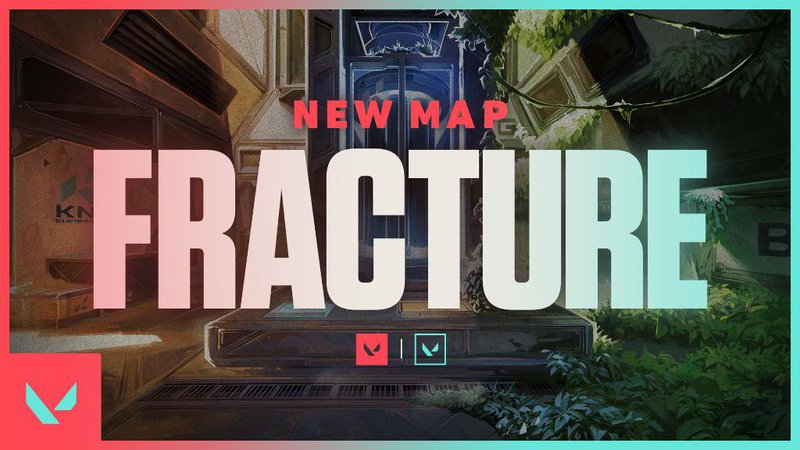 The new map in valorant "Fracture", is said to be a unique map, players didn’t experience a map like it so far, as it’s shaped like the letter “H”.
Defenders will spawn in the middle and attackers will start on both sides of the map, surrounding the Defenders.
Zip lines are coming too, they will be used to run from one side to the other that run below the map, making movement faster around the map and connecting front and back.
"We really wanted to ask players to rethink some fundamental assumptions and give them unique problems to solve.” – Level Designer Joe Lansford.

Fracture is the game’s seventh map, Will change many players’ styles and tactics, Fracture will also feature interactive narrative objects for the first time.

David Nottingham, Creative Director, said that:  “We wanted to create a setting that would play a role in expanding players’ understanding of the conflict at play in VALORANT”

As the theme of Fracture represents a dual-biome setting at a top-secret facility, which fits the lore of valorant, he also explained :
“After the Duality cinematic revealed to players the existence of a twin Earth, our aim was to give players a further peek into the conflict at stake between these two worlds. And in Fracture, we see that perhaps there are aspects of the conflict not as black and white as might initially appear”.

In the upcoming 3.05 patch on 9 September with Episode 3, Act 2, The Fracture map will be playable in valorant and available for everyone.