The Valorant Regional League is the biggest tournament of the year for the tier two scene in EMEA and brings together the best teams from all the seven VRLs that exist in EMEA.

After two months of fierce competition, with teams battling each other for domestic supremacy, we finally have the seven best teams in EMEA that will represent their region and fight to be crowned the first-ever VRL Finals champion. 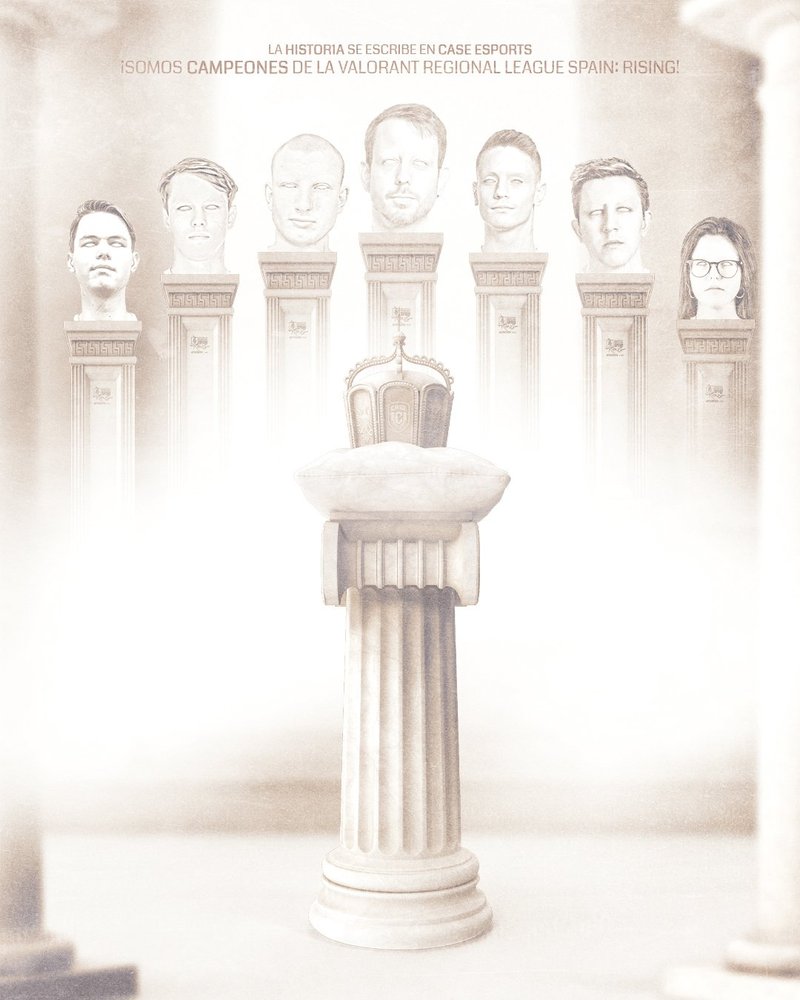 From Spain we have Case Esports who dominated the Spanish league from start to finish in Stage 2.

The team finished the regular split with an impressive score of 13-5 securing first place in the standings.

In playoffs, Case Esports solidified their dominance by beating region champions at that time Rebels Gaming 2-1 in the Semi-Finals, and then swept UCAM Esports Club 3-0 in the Grand Finals.

Securing the Spanish VRL title and a ticket to the VRL Finals. 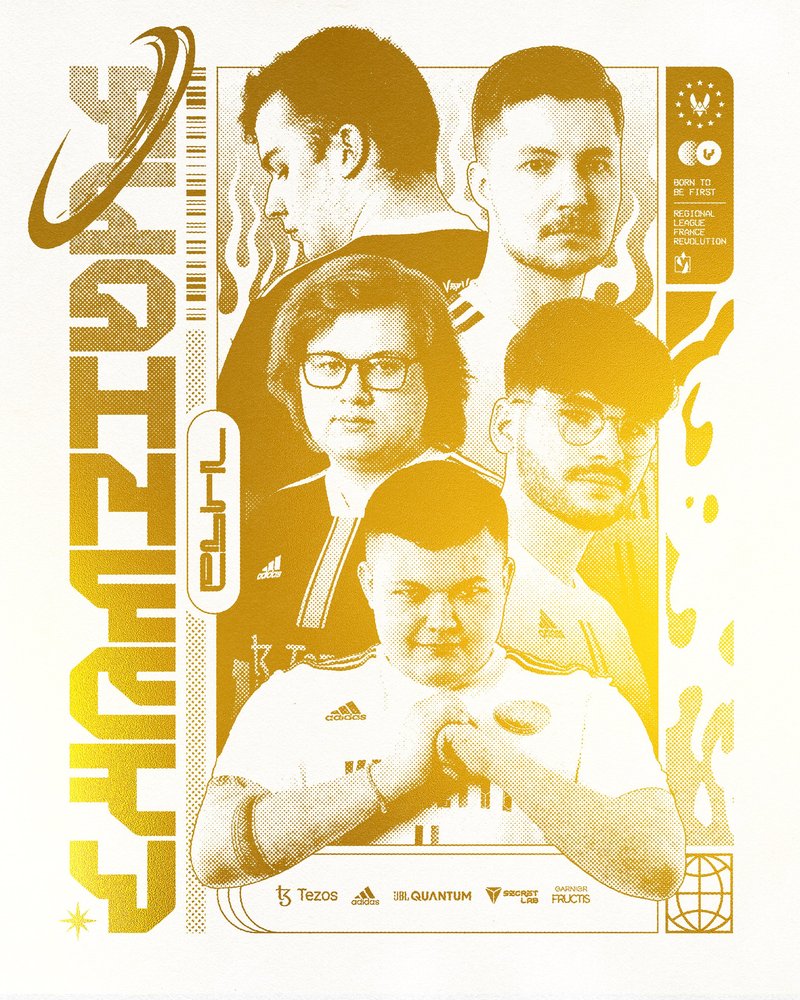 The organization assembled a roster full of superstars, and even before their first game as a team many had Team Vitaly as one of the favorites to win Stage 2 of the French VRL.

In the regular season, the team finished with a spectacular record of 14-4 but that wasn't enough to secure first place, as their rivals Mad Lions only dropped one game, ending with a 17-1 record.

Heading into the playoffs Team Vitaly and Mad Lions were the favorites to take the trophy home, but their path there wasn't an easy one.

The final stage was set and Team Vitality vs Mad Lions promised to be a close series.

However, Team Vitality proved to be the much better team that day and swept the Grand Final 3-0, qualifying for the VRL Finals and becoming the new French champions. 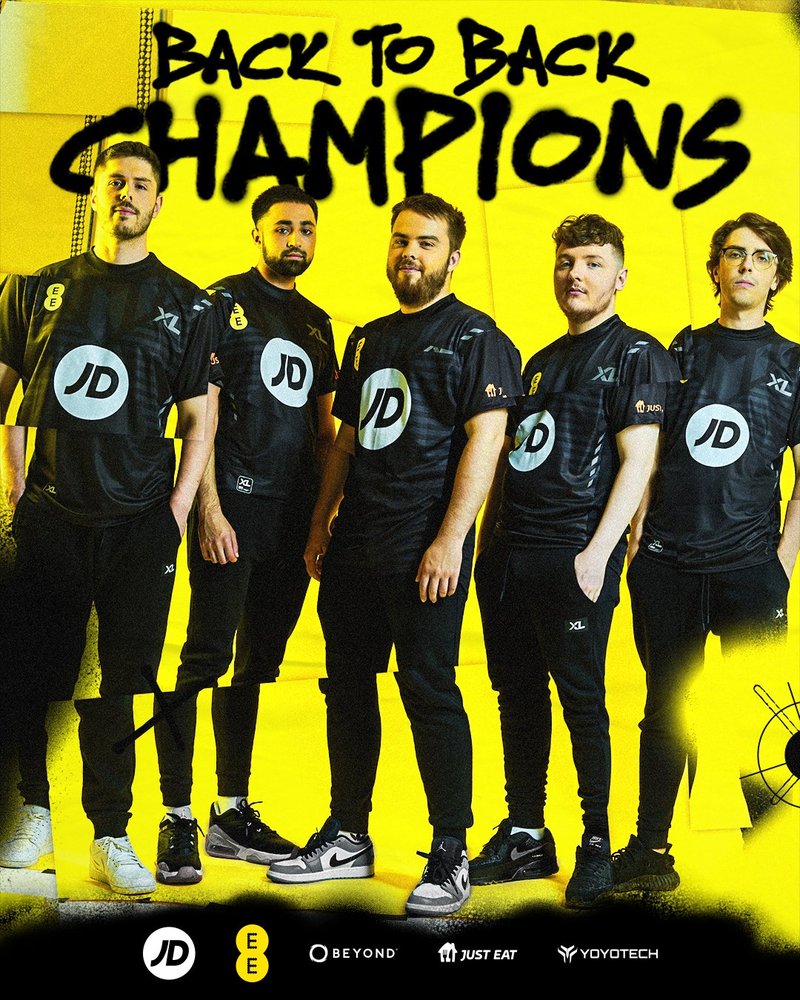 Similar to Case Esports, Excel Esports also dominated their league in the regular season and playoffs.

In the regular season, the team went 6-1, only dropping three maps and securing first place.

Excel Esports did drop a map in the Grand Final but they still came out on top with a 3-1 victory over Team Finest.

They were the best team throughout the whole Stage 2 and fully deserved to be crown champions of the Polaris VRL, and qualify for the VRL FInals. 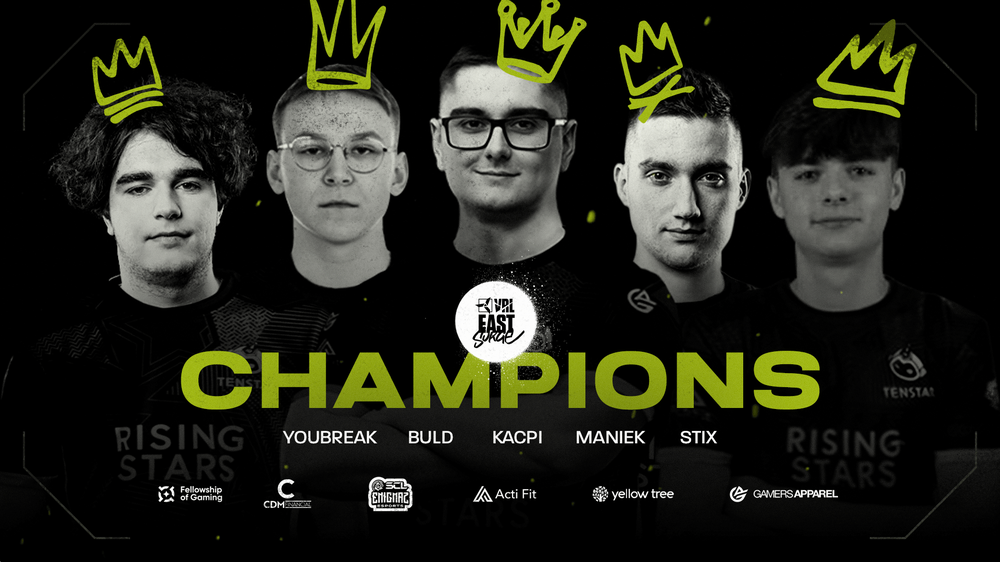 The East: Surge was probably the most balanced VRL in Stage 2.

In the regular season, TENSTAR finished with a 95- record tied with first place Anorthosis Famagusta Esports, and with just one more win than third, fourth, and fifth place.

However, in the playoffs, TENSTAR performed incredibly well.

They easily defeat NOM eSports 2-0 in the first round and did the same thing to Diamant Esports in the following round.

In the Grand Final, the task wasn't so easy, and in a rematch with Diamant Esports, TENSTAR managed to come out on top 3-2 in a very close series that could have gone either way.

They secured their ticket to the VRL Finals and became East Surge champions for the first time ever. 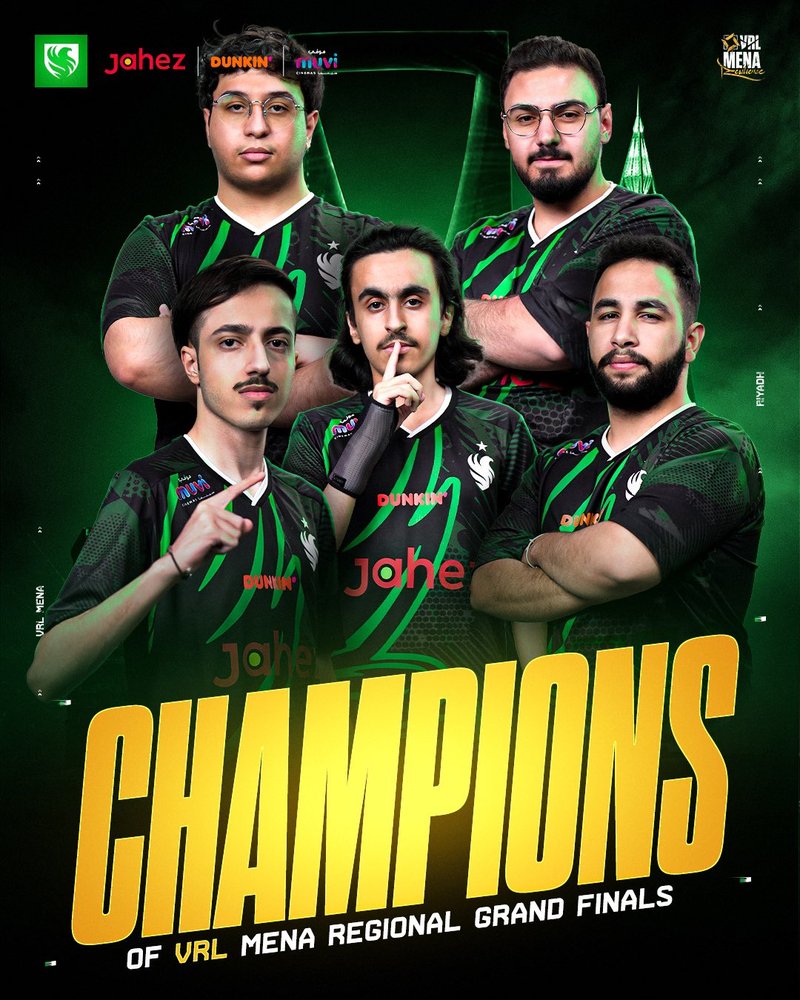 From the Mena VRL, we have Team Falcons, who became back-to-back champions.

They dominated the regular season in the GCC and Iraq league, finishing in first place with a 13-1 score.

In the VRL Mena playoffs they went in as the favorites but things didn't start well for the reigning champions.

Falcons lost to Geekay Esports 2-0 in the Upper Bracket Semi-Finals and would have to pull off a classic Lower Bracket run.

YaLLa Esports was their first opponent in the Lower Bracket and despite a very close series Falcons managed to advance with a 2-1 victory.

Against XPLDZ they dominated the series and secured an easy 2-0 win.

In the Grand Final, they met Geekay Esports once again, but this time it was Falcons who came out on top with a dominant 3-1 win.

They secured their second title and will be representing the Mena region in the VRL Finals. 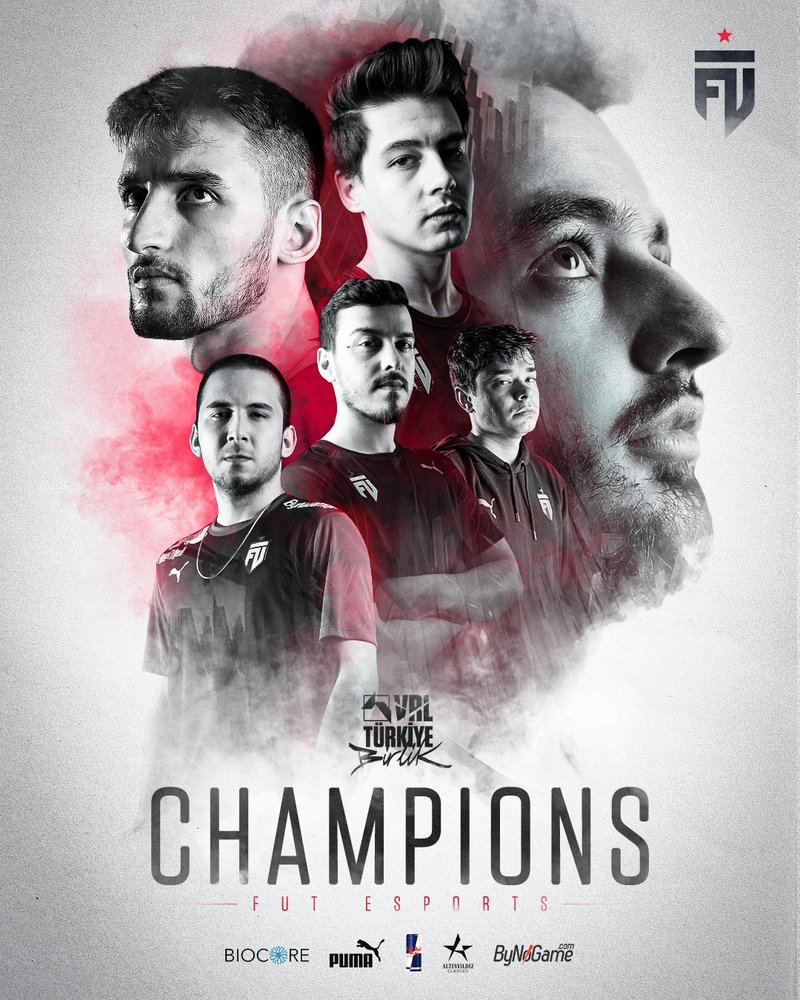 FUT Esports is a team most didn't expect to be here.

In the regular season of the Turkish VRL, they finished in fourth place with an ok score of 4-3, and heading into playoffs they were far from being the favorites.

However, the squad went on a dream run.

They defeated Galatasaray Esports 2-0 in the first round and in the second round 3-0 SuperMassive Blaze one of the favorites to win it all, reaching the Grand Final.

In the Grand Final, they managed to defeat Fire Flux Esports 3-2 in a very close and intense series.

With this result, they secured their first VRL title and will represent the Turkish region and all its fans in the VRL Finals. 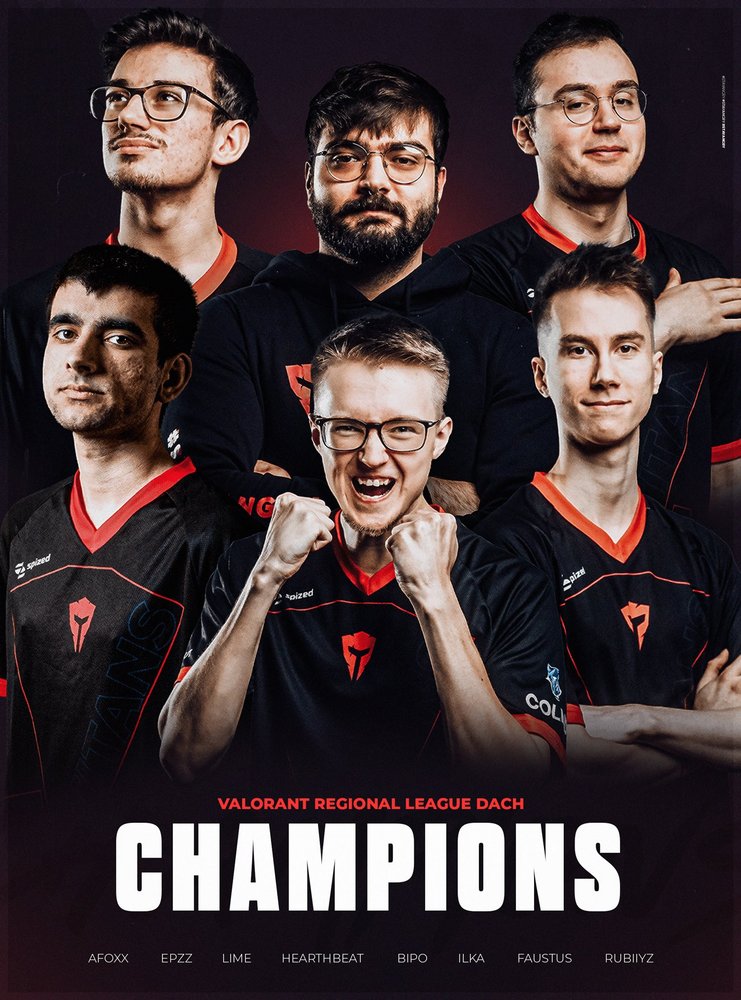 Angry Titans have a similar story to FUT Esports.

They had an ok regular season, finishing in third place, and going into the playoffs Dsyre and MOUZ were the heavy favorites.

But in the playoffs, Angry Titans showed up big time and were playing at a very high level.

In the first round, they defeat one of the favorites to win it all in Dsyre 2-0.

Next, it was Ovation eSports who managed to take the series lead but then were reverse swept losing 2-1 to Angry Titans who managed to qualify to the Grand Final despite all odds being stacked against them.

In the Grand Final they meet Dsyre once again, and this time they played even better, dominating the series and easily winning 3-0.

It was a great win for the Angry Titans organization, which secured their first VRL trophy and will represent Germany on the big stage of the VRL Finals.