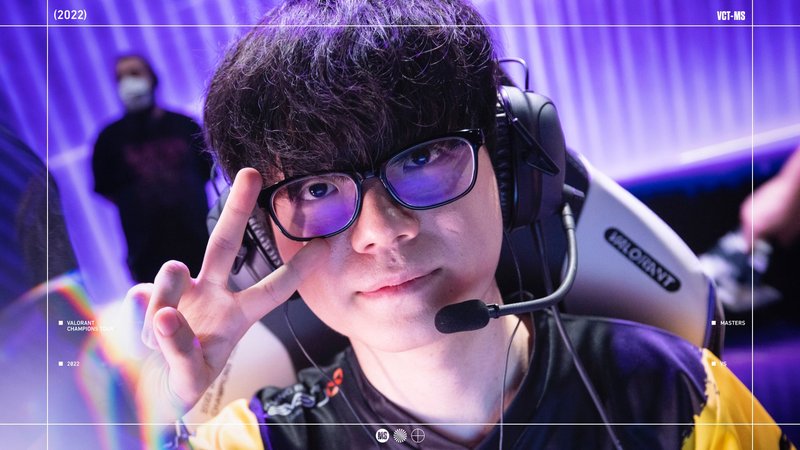 Day four of Masters Copenhagen 2022 was the last day of the group stage, where the last four teams battled for the two last spots in the playoffs.

Two teams were moving one, while the other team would see their tournament dream end.

Without further ado, let's get right into the recap of Masters Copenhagen 2022 day 4. 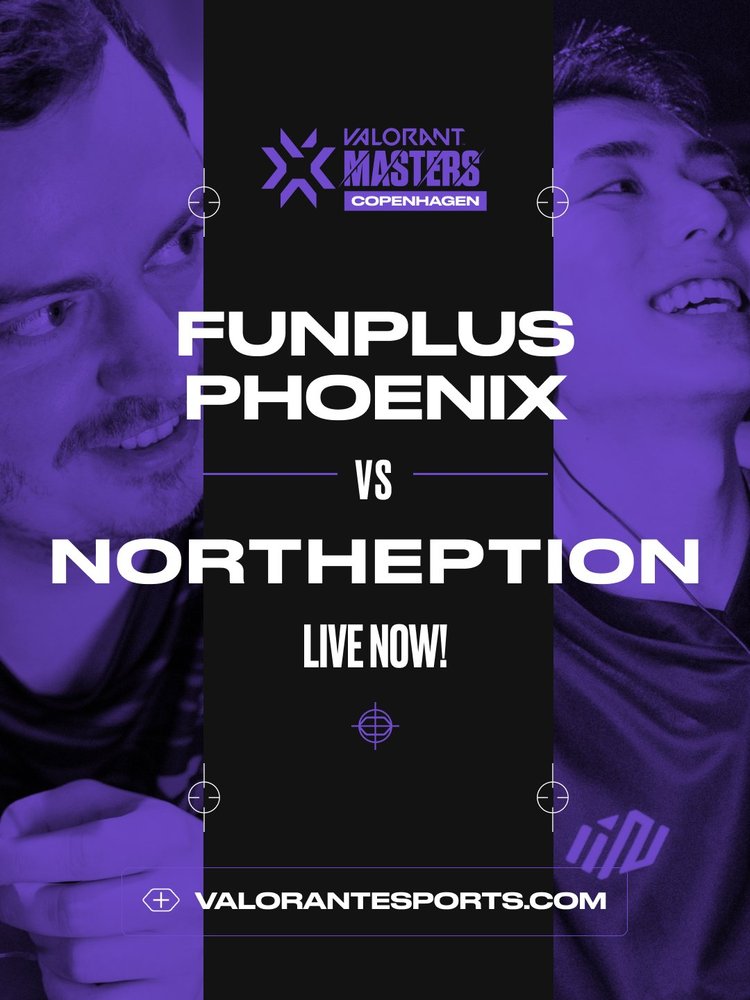 The last game of Group B had the EMEA vice champions FunPlus Phoenix facing the Japanese champions NORTHEPTION for a place in the playoffs.

FunPlus Phoenix were the heavy favorites in this now, but if there is one thing international Valorant events have though us is that anything is possible.

NORTHEPTION picked Fracture, while FunPlus Phoenix choose Haven. The decider map would be Breeze if necessary.

FunPlus Phoenix secured the pistol round and also converted the eco.

NORTHEPTION managed to win the bonus round but in the next round, the EMEA squad struck back with two rounds in a row and were now 4-1 up.

The Japanese team managed to adapt, and after some setup changes on their defensive side, they were able to secure three of the next four rounds.

The remaining of the first half saw both teams trading rounds with FunPlus Phoenix going into the second half with a 7-5 lead.

We were having a very close game and after NORTHEPTION won the pistol round on their attacking side, and also converted the eco we were tied at 7-7.

However, in the gun rounds, FunPlus Phoenix reigned supreme.

The EMEA squad was playing very aggressively on their defensive side, always contesting dish with multiple players since it's a part of the map NORTHEPTION like to fight for.

FunPlus Phoenix was coming out on top in most of the aim duels, and NORTHEPTION was out of answers for the EMEA vice champions' great defense.

After winning five rounds in a row FunPlus Phoenix was on match point and things weren't looking good for the Japanese side.

But it was too little too late and with amazing team performance, FunPlus Phoenix won Fracture 13-9.

In Haven it was FunPlus Phoenix who drew first blood, taking the pistol round and converting the eco round.

NORTHEPTION responded with three consecutive rounds, showing good retakes and reads on their defensive side.

However, the EMEA squad adapted and went on a spectacular run in the remaining of the first half.

With some great mid-round calls, utility use, and everyone on FunPlus Phoenix hitting their shots, the trades being on point, they won seven rounds in a row.

The Japanese team wasn't able to find an answer to FunPlus Phoenix attacking side, and things weren't looking good for them.

9-3 was the score at halftime and FunPlus Phoenix looked poised to win this map and take the series 2-0.

But NORTHEPTION wasn't going to just give up and showed they also have a good attacking side.

With some great clutches going the way of the Japanese squad, and some ineffective plays by the FunPlus Phoenix players, it allowed NORTHEPTION to win four rounds in a row.

But it was too little too late and after FunPlus Phoenix changed some things on their defensive side they were able to close out the map 13-9, winning the series 2-0.

With this result, FunPlus Phoenix is through to the playoffs and will face Fnatic on Wednesday.

As for NORTHEPTION, their Masters Copenhagen journey has come to an end. 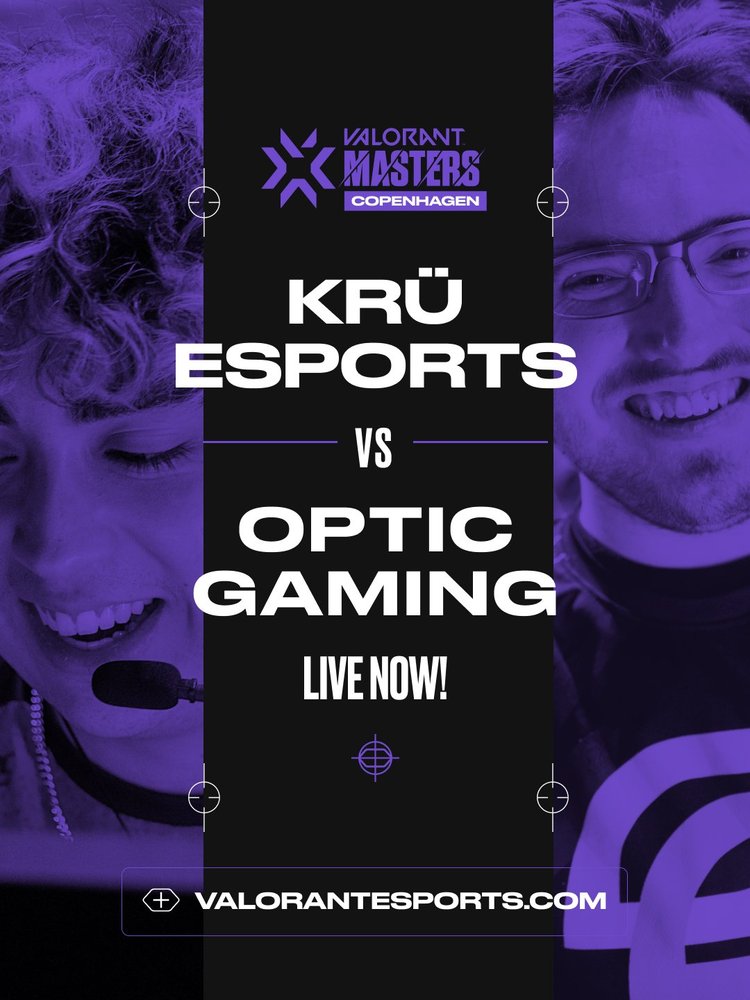 In the last match of Group A, the reigning master champions OpTic Gaming battled with LATAM second seed KRÜ Esports with the last place in the playoffs on the line.

On Split, KRÜ Esports had a good start winning the pistol round and also converting the eco round.

OpTic Gaming responded with two rounds of their own.

The North American team was playing heavily for mid-control, with KRÜ Esports being more than happy to let them have it.

However, OpTic Gaming was very slow in its approach, and that allowed KRÜ Esports to have easy reads on them and always be prepared for the site they were going to hit.

KRÜ Esports won four rounds in a row, and seem to be in control of the game leading 6-2.

OpTic Gaming decided it was time to cal la time-out, and the team looked much better after it.

Gaining mid-control faster, and exploding into the bombsites making KRÜ Esports task to hold the rush much harder.

In the second half, well there is not much to talk about.

OpTic Gaming defensive side was perfect. The team was rock solid and KRÜ Esports want able to find an answer to their opponent's defensive setups and adjustments.

Wining eight rounds in a row OpTic Gaming won the map in a dominant fashion 13-7 and drew first blood in the series.

On Haven, KRÜ Esports pick, it was the LATAM squad that won a very important pistol round.

However, they didn't manage to convert the eco round, and their economy was not in a great state after that.

OpTic Gaming attacking side proved to be too much for KRÜ Esports.

The North American team was winning the aim duels, and was having some great executes, fakes, and mid-round calls, that left KRÜ Esports desperate.

10-2 was the score line going into the second half, and OpTic Gaming was in the driver's seat.

Eventually, the reign Masters champions won the map 13-6 and secured their playoff spot.

As for KRÜ Esports, their journey ends here.