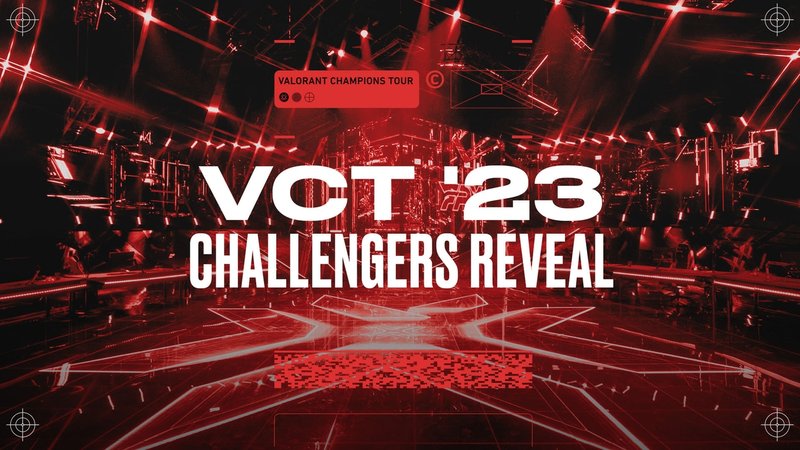 Riot Games revealed the details of what you can expect from VALORANT Challengers in 2023. 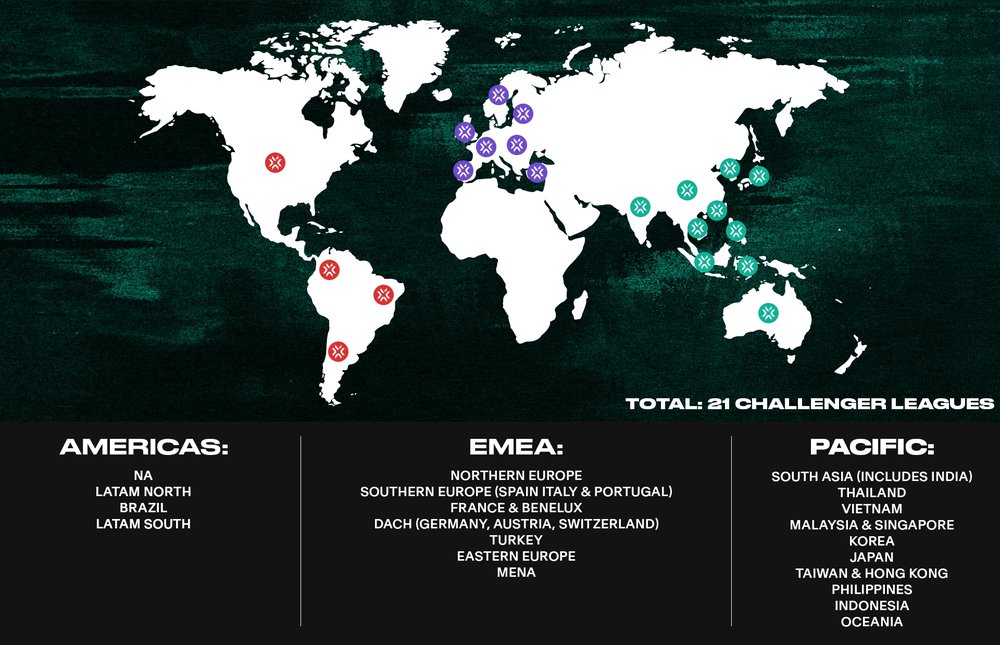 "In 2023, Challengers will encompass more than 20 leagues around the world, ensuring every VALORANT player has a path to realize their competitive dreams. These Challenger Leagues will provide highly organized competitions that begin with open qualifiers and ladder the best teams into two splits of multi-week regular season play.

Each Challenger split will culminate in a playoff tournament where a single team will be crowned as that league’s champion! To ensure that these players and teams receive the attention their skills deserve, the biggest Challenger leagues will receive dedicated broadcast windows that will be scheduled to avoid conflicts with international league matches", - Riot Games said in the announcement. 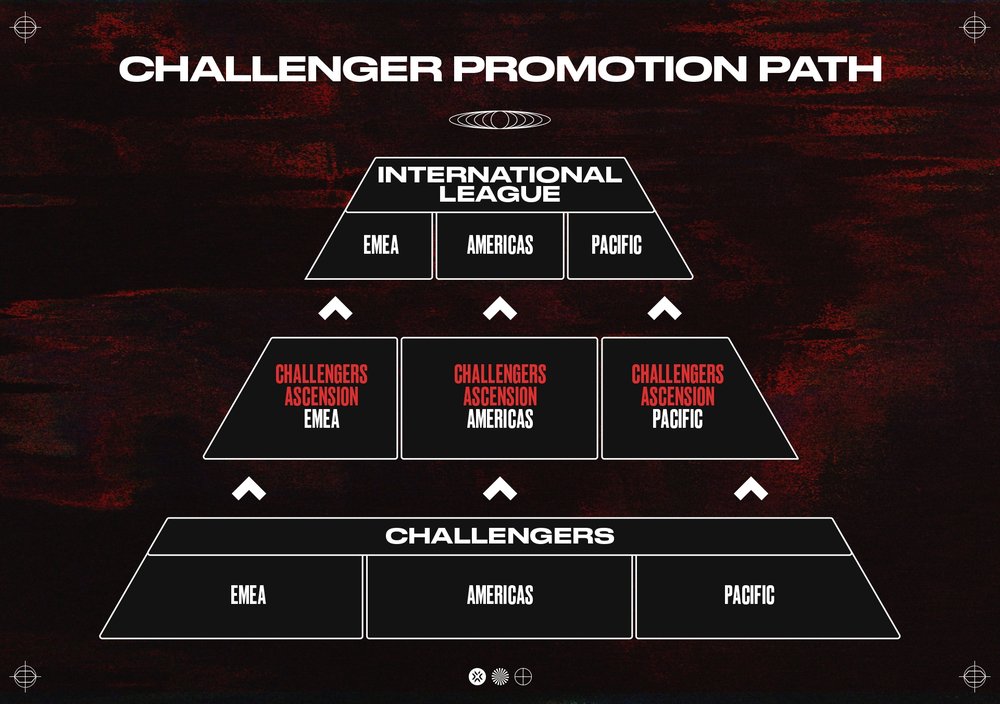 Each year the best teams in "Challengers" will have a chance to attend the International League in the region. There are three "Challengers Ascension": in EMEA, America, and Pacific. Teams who win Challengers Ascension will earn a two-year promotion into their territory’s international league. Promoted teams will have the opportunity to prove themselves against the international league teams during the VCT season, receive similar league benefits, and an equal chance to qualify into Masters and Champions. After two years, teams will return to their league to battle their way back through Challengers and Ascension tournaments. 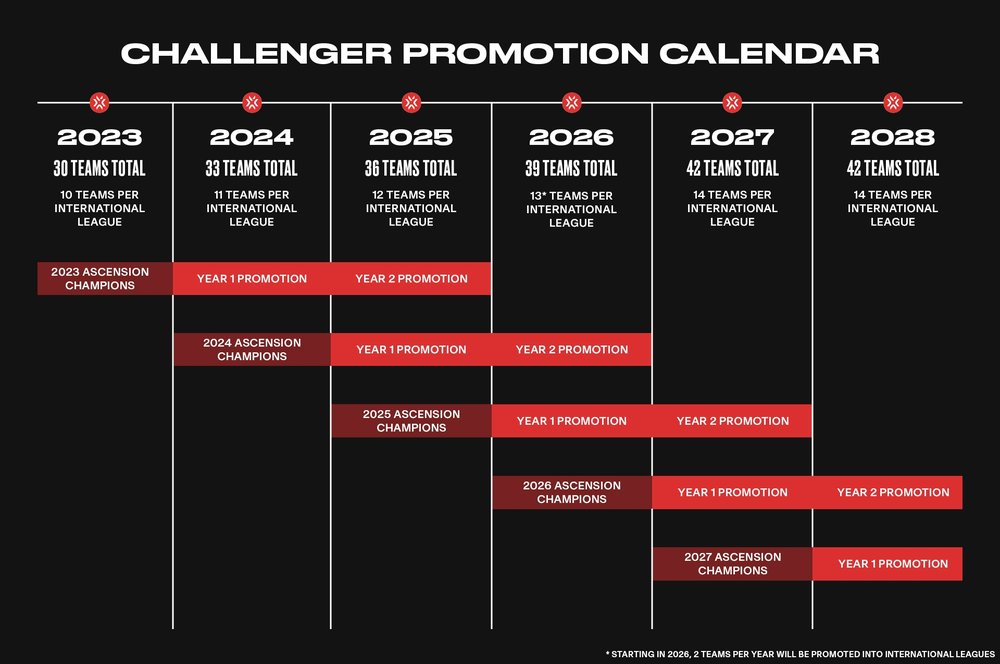 By 2027, Riot Games plans to have 42 teams, 14 in each region. Starting in 2026, there are plans to promote two teams per region to international leagues instead of just one via Challengers Ascension.

The publisher of VALORANT also promises to share more information about the system before the end of the year.