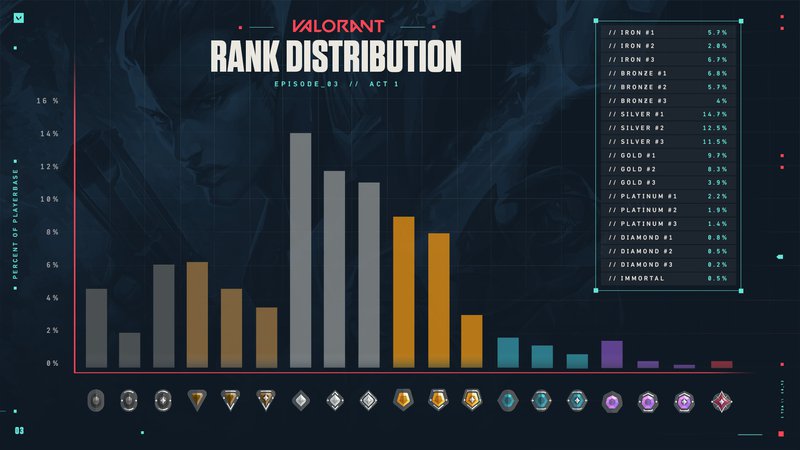 Did you ever ask yourself what’s the most crowded rank in valorant? Riot has an official answer and infographics too.

And the first step is to reduce the number of players in Silver, they also lowered the player’s real MMR.

For sure, the players' skill levels are different and not fixed, and always shifting in skill slightly.

It’s expected that the rank distribution will be improved in Episode 3 Act II, and climbing the ranks ladder will be a bit easier.

Detailed answer with infographics according to Ask Valorant - AUG. 27
A player asked: “I’m usually Gold, but this Episode I’m Silver. When I look at ranked population websites, it seems like a lot of people are Silver, why are people lower rank in this Episode?”

“A good place to start is to look at the changes made in Episode 3 intended to refine our matchmaker. These changes have improved match fairness, and we’ve seen fairly positive data results from them. Unfortunately, these same changes also affected everyone's MMR. To be clear, this change hit all of you the same, so everyone's actual MMR number went down by a small percent.

Now that we have gathered enough data, we can comfortably say our lower ranks have too many people in them, and our higher ranks not enough. This is what we call Ranked Distribution: the population of players in each rank. Since your rank is tied to your MMR, this led to the whole player base situated in a rank lower than intended (by a small amount).

Lots of websites track this data, so we are just going to show you what our current ranked distribution looks like in Act 1 in the next image (remember, Radiant is always top 500, so it is not shown here): 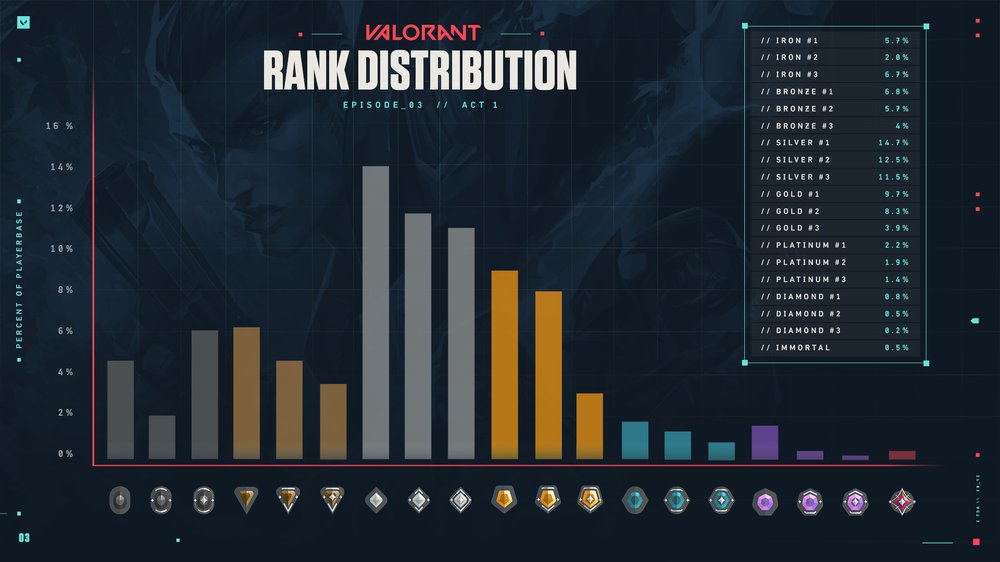 Our target now is to adjust the distribution so as to reduce the amount of players in Silver and move everyone up to the ranks they belong. Below is our goal for ranked distribution in Act 2: 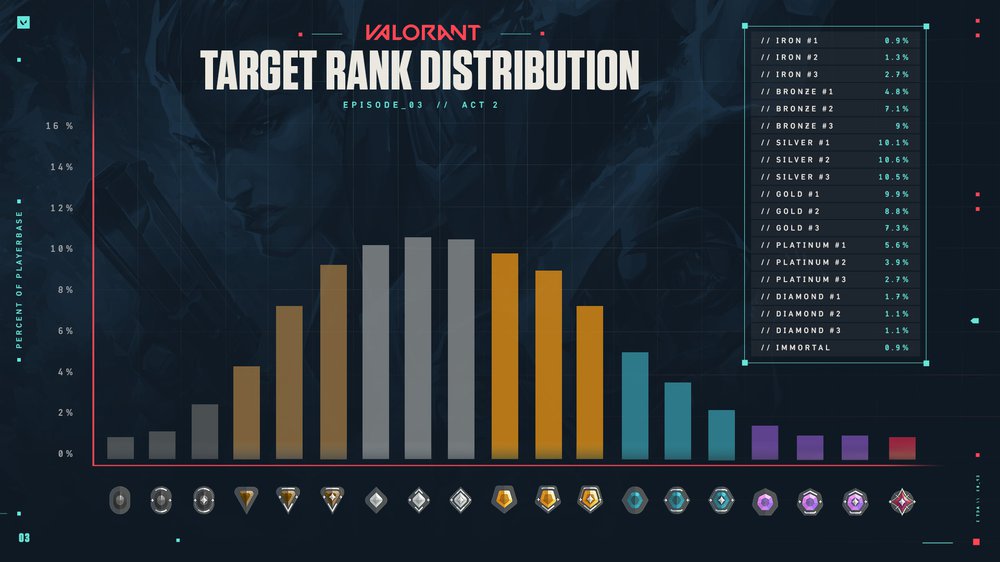 To reiterate, the above data is our goal for ranked distribution. But because the community is always shifting in skill slightly, it may not be exact. This is a complex subject, if there is anything to take away from this post it’s that it should be a little easier to climb a few ranks in Episode 3 Act II. See you out there!”