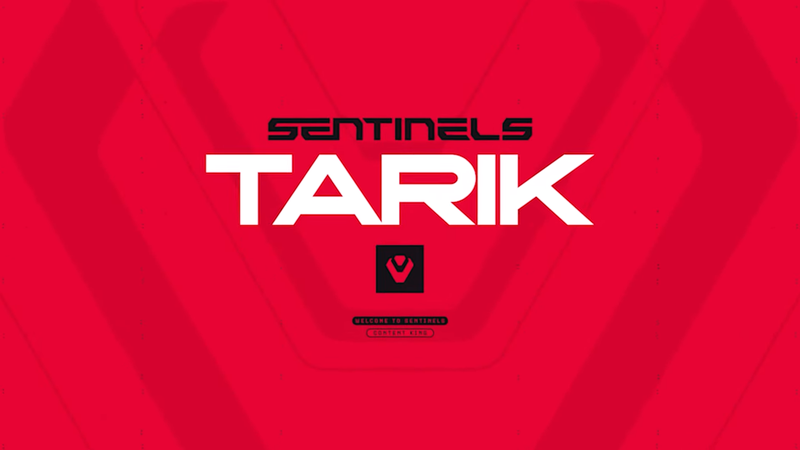 The North American organization Sentinels is on a roll of signing major names in the Valorant gaming scene! After their surprise announcement of signing Shroud to their Valorant Roster, the team has yet again taken a big step ahead and signed the Twitch super star Tarik “tarik” Celik as a content creator!

This means that Tarik won’t be competing as a part of Sentinel’s Valorant Roster. Instead, he’ll just participate as the brand’s content creator. Although the CSGO Legend has mentioned in a recent video that he would be willing to play as a substitute for the team if need be.

“Look, if there’s a chance that I get a chance to substitute, I’m down…I’m straight up in it. If someone hurts their hand, or if someone doesn’t feel well, you ring me up and I’ll be there.” -Tarik

Here is the announcement video that was posted on the official Sentinels Twitter account. As many of you already know, Sentinels like to have a dramatic and comedic approach to their content. This can also be seen in this video!

Tarik used to be an active esports player and has even won a CSGO Major when playing in Cloud9’s CSGO Roster in 2018! But he has now retired from playing competitively since he stepped down from Evil Geniuses' team in 2021.

Tarik has since pursued a successful career in content creation and full-time streaming. He now streams games (mainly Valorant) on Twitch and has become one of the most popular Valorant streamers on the platform, managing to gather over 2.18 million followers! (As of August 2022)

Sentinels uploaded a short interview video with Tarik to discuss what this partnership can mean for the near future and what we can expect from it.

Tarik says in the interview that a major part of the reason why he joined Sentinels is that he has a lot in common with the organization. ”I think they are very meme-y, and that is something that I love and it resonates with me.”

He says Sentinels are very blunt about how they see things and say everything how it is. This is good because Tarik himself has been very vocal about many things in the community. Even Sentinels themselves joked about this on their Twitter on how Tarik is now a Sentinel, but he is still allowed to talk shit!

“I think joining an organization allows me to continue to elevate my brand and also work alongside other people that have the same goal in mind.” - Tarik.

It should also be noted that Tarik was signed right as the final stage of the Valorant Champions Tour (VCT) tournament is about to begin. This is a strategic move by Sentinels since Tarik averages around 35,000 viewers every stream. Tarik will be streaming the Champions Tournament with his newfound partnership on his Twitch!