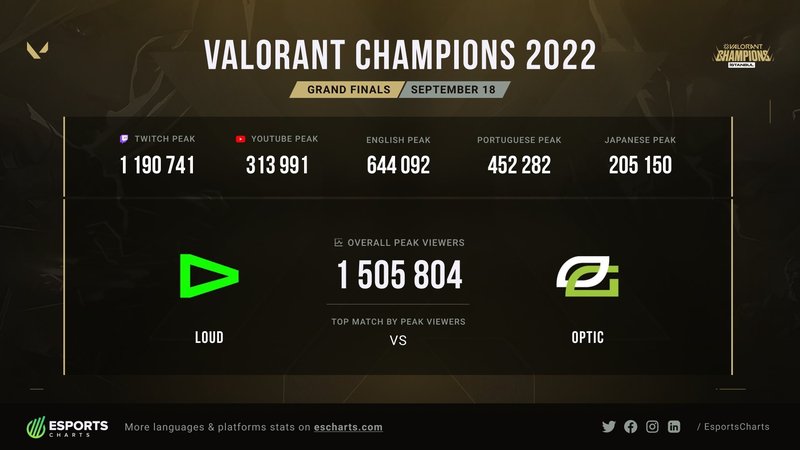 The Valorant Champions Tour final that was held in Istanbul between LOUD and OpTic Gaming has broken the viewership record of the previous season of VCT, becoming the match with the highest viewership count in VCT yet.

The final was held in exciting circumstances, and the stakes were high. Would OpTic become the first team to win two International Valorant tournaments? Or would LOUD become the first team from South America to win an International Valorant Trophy? With many influencers on-site, and many others streaming the match live, everyone wanted to see the outcome of this match.

The Grand Final between OpTic and LOUD saw a viewership count of over 1.5 million! And the recorded peak number of viewers during the match was 1,505,804. 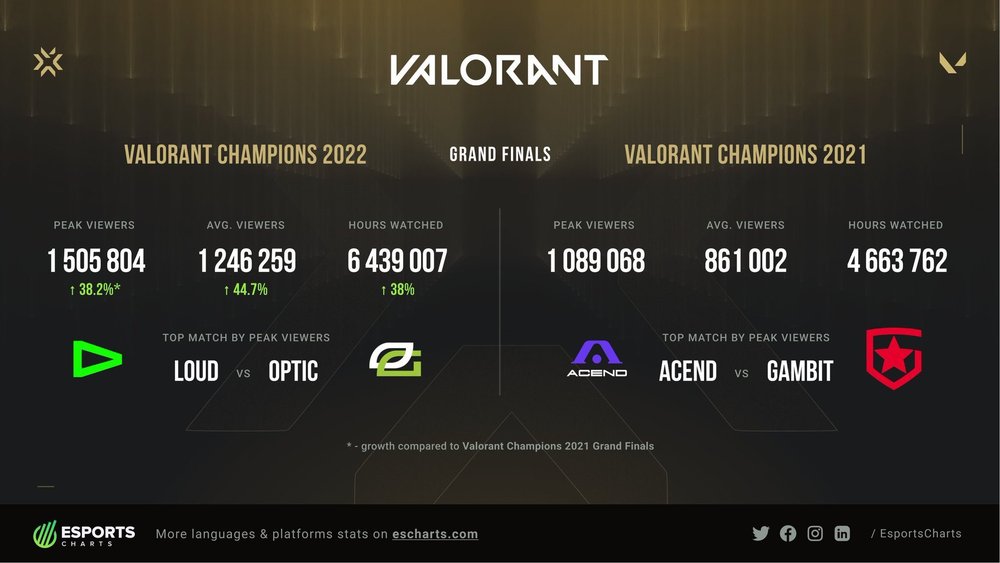 Who Won The Grand Final?

As for the outcome of the match, LOUD won 3-1 with a few close calls.

Interestingly, the previous match between the same teams, OpTic and LOUD, that happened in the upper bracket finals, had the third-highest viewership with 875,688 viewers. 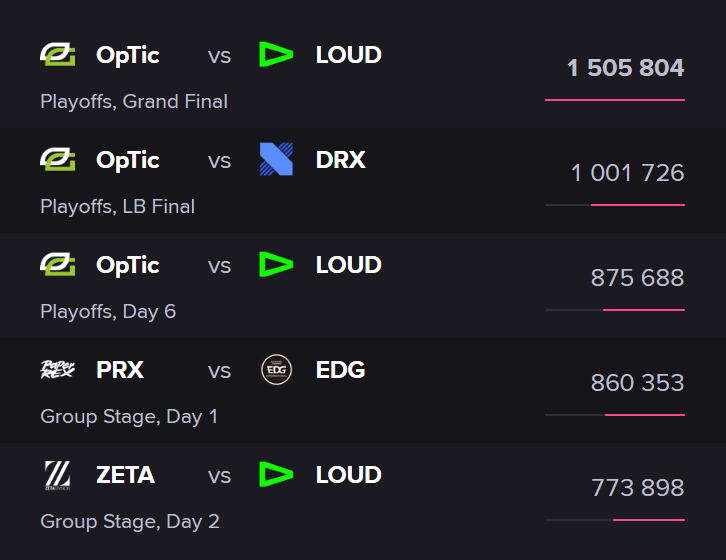 Fans really love to see these teams fight it out, don’t they?

Out of the 1.5 million peak viewers, it was interesting to see that only 644,092 of the viewers were English. A large number of Portuguese viewers also tuned in to see the match which should be no surprise considering how LOUD made the upper bracket run and secured the Champions trophy.

There was a total number of 452,282 viewers from the Portuguese streams, which is close to the English viewers.

A lot of Japanese viewers also hopped in to see the match despite there not being a single Japanese team in the top 8.

With Valorant becoming so popular worldwide, it is no surprise that Riot Games is planning an even bigger global outreach for the next edition of the Valorant Champions Tour!