Since the launch of Pearl in the summer, the map team has put in work based on months-worth of feedback to make the first major update to the underwater map. There are some good bones here. It just needed a quick fixer upper.

The Stinger is also dropping from the rafters with some new facepaint, in the form of primary and alt-fire changes. 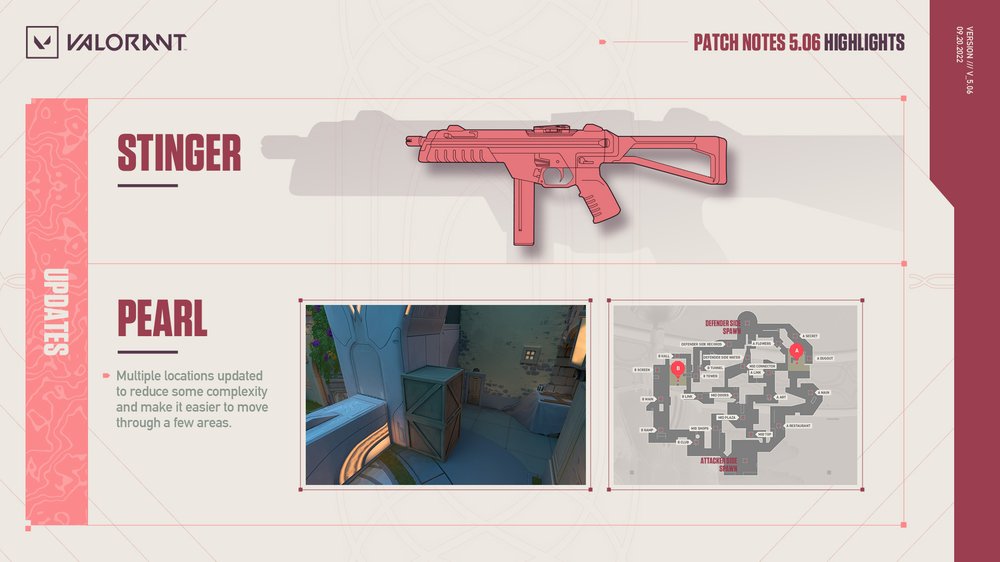 The new Pearl card has changed. Eight different positions have been changed. You should read about them in detail in our separate article patch 5.06 Pearl Map Changes In VALORANT - Before and After Comparison!