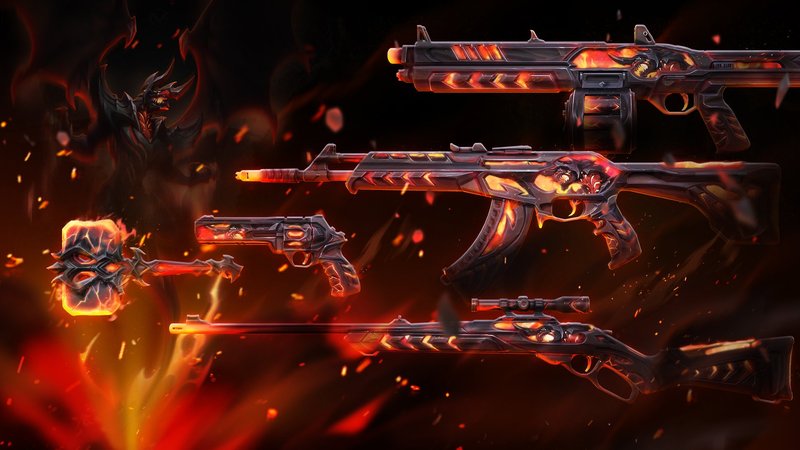 Riot Games just announced a brand new skins bundle for VALORANT called the Crimsonbeast bundle! And here’s everything you need to know about it.

The Crimsonbeast bundle will include skins for four weapons and a melee. The four weapons being the Vandal, Sheriff, Judge, Marshal. As well bundle has a hammer as melee.

If the other Premium tier bundles feature additional colors for the individual skins, the Crimsonbeast skins will not. It means that the skins will have to remain in their default state with black, orange, and red colors. 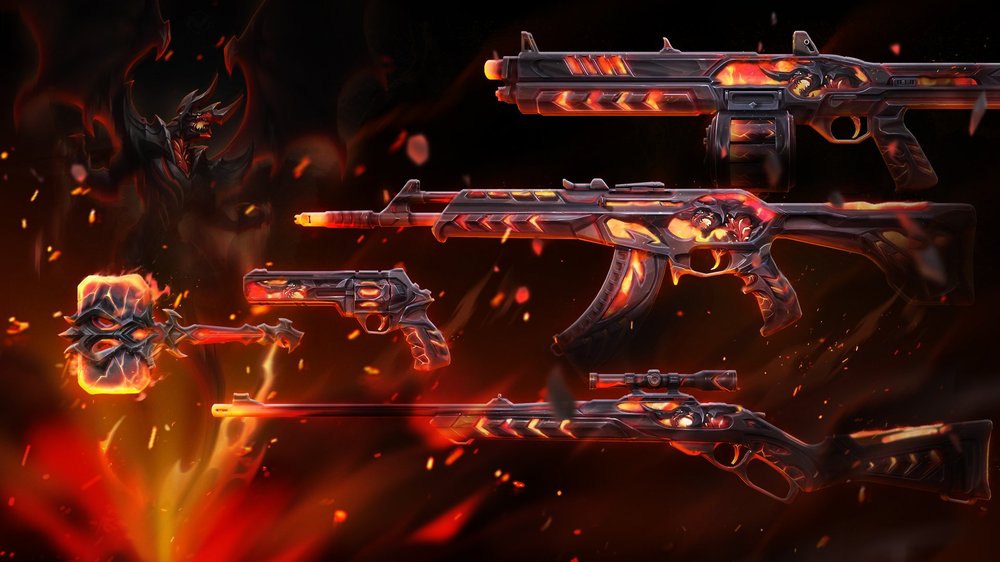 Only once in VALORANT's history so far, the Premium tier bundle did not have alternative colors. It's a Nebula skin bundle, which was added to the game with Patch 1.06 in August 2020. These skins were galaxy themed and did not have colors other than the blue and purple theme they came with.

The official Twitter of VALORANT announced that the Crimsonbeast bundle will be in the shops on October 5.

VALORANT Cryostasis Bundle: Skins, Release Date, Price
Riot Games has announced a new skins bundle for VALORANT called the Cryostasis bundle! And here’s everything you need to know about it.
07/12/2022
1677 Views