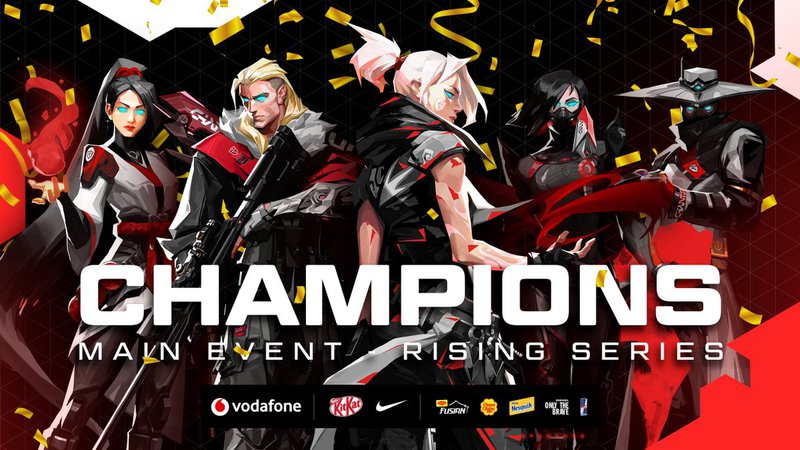 Making it to LVP - Rising Series # 3 through the Spanish qualifier, Giants made it to Group C. There they took 1st place, beat WiLD MultiGaming 13:6 and TENSTAR 13:9. In quarterfinals, future champions took victory over SUPRMODE 2:0, and crushed Team Finest 2:0 (13:6; 13:2) in semi-final. In the grand-final, Giants again met with TENSTAR.

Map one was set to be Split, where Giants Gaming won two first rounds. TENSTAR managed to win the first 'buy-round', which allowed them to take a whole series of rounds. Giants were able to close the gap, the first half ended 6:6. On T side, Giants showed more confident play, won first map 13:10.

On the second map, Giants also had a good start, winning the first four rounds. In response, TENSTAR managed to win five in a row, but at the end of the half, the initiative again passed into the hands of the Giants, which allowed them to win the first half 7:5. TENSTAR again took a series of rounds and were leading 9:7. But adapting to the opponent's attack, the Giants won 6 out of the next 7 rounds and took the 2-0 lead in the final.

On the third map, we saw only one team - Giants Gaming. TENSTAR were able to take only five rounds, and then in the first half. Giants beat the rival 3:0 dry and became the champions of LVP - Rising Series # 3.