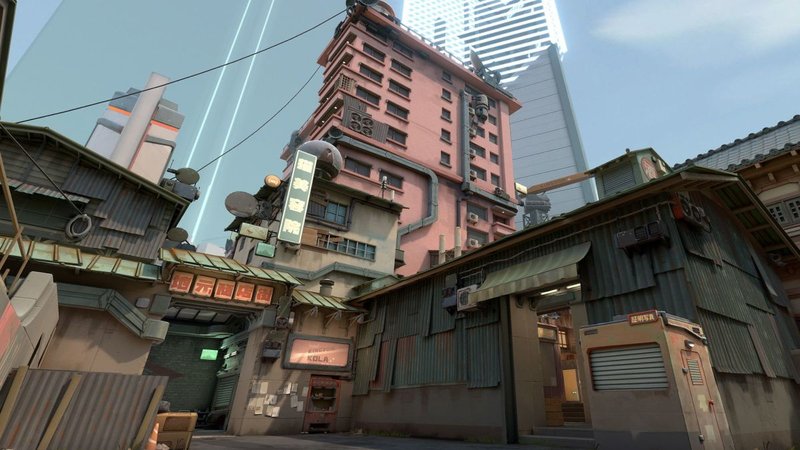 Split is one of three original maps in VALORANT alongside Bind and Haven. But last summer, developers of VALORANT, Riot Games, announced the rework of Split. The map was removed from competitive and unrated mode. Players could play on Split only on Deathmatch or custom lobby.

Last month they announced the return of the Split at the beginning of the year 2023. Now Bind and Breeze are off to rework, and Split and the new map, Lotus, will take their places. Today Riot Games presented the main changes on Split, which affected various positions on the map.

A Main And A Tower

These two positions on Plate A have become much broader than before. This means that both defenders and attackers will have more space to defend/attack. You can say that both sides have benefited from this decision of the developers, and there is no one advantage.

A Rafters And A Box

But the next change is better for the attackers. Their A Box position has also become wider so that they will be more comfortable going to the site together, and not be afraid to get sprayed by the opponent. The A Rafters are shorter, and that corner, which the defenders often used, and which the attackers forgot about, is gone.

B Site And B Tower

There was also a balance in the changes to the B Site. Defenders were deprived of the trash can on Haven, which allowed you to shoot several opponents, hide there, or use abilities to stop them. Now it's gone, making life a little easier for attackers.

But there's more room under Heaven, and there are new corners. They make it a little easier for defenders to defend the B Site, and to shoot back from Main or Heaven.

And the last change on Split concerns the center of the map. At first glance, you may think these are two identical pictures and the developers have not changed anything in the game. But there is one not-insignificant change here. Look at the barrels. They are now gone, and there is one box. It looks like you won't be able to use that infamous crouch jump anymore.

We'll check that for sure today at PBE, which will present us with all the changes in patch 6.0, which will be released along with the new episodes next Tuesday, January 10th. Split is Back.