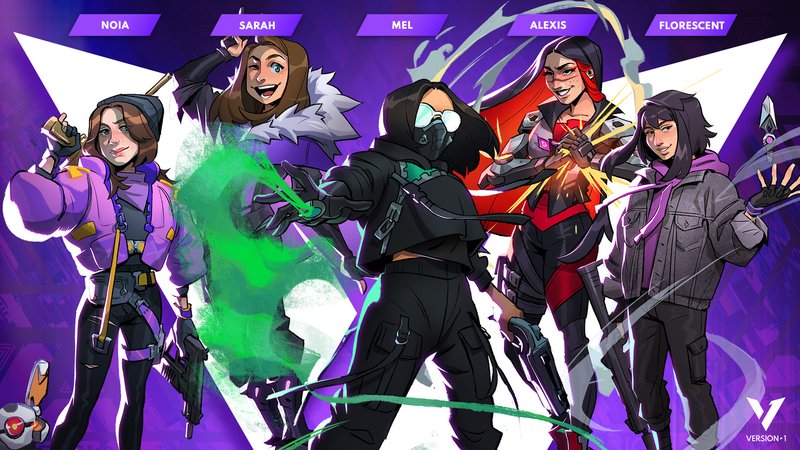 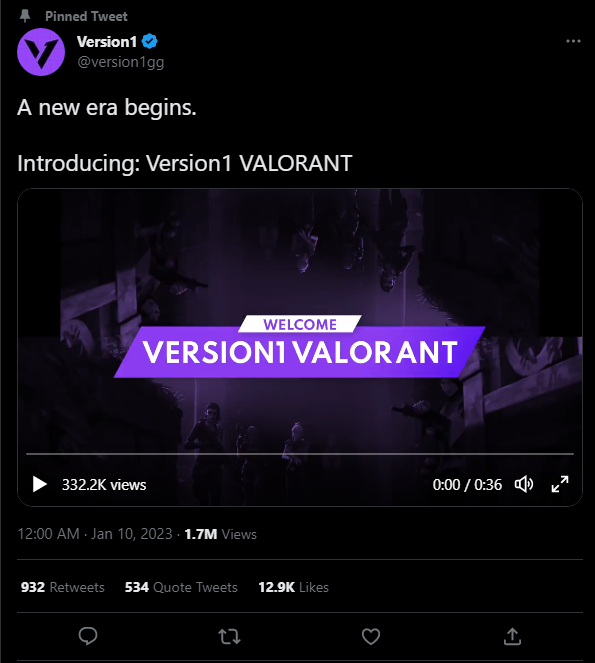 Recently, the organization Version 1 has come forward announcing their new roster for the GC VCT Season. Which is so called an “overpowered” team as they managed to collect the stars of the scene into one team. The Fans are in shock.

Amazingly enough, the roster is a collection of players that were known as the star ones in their previous teams.

Sarah Frags — As her name suggests, the previous star player of the team immortals is taking place in the team, she was always a fearable opponent despite being in a team that wasn’t able to make it very far.

Noia — Originally coming from EU to NA as a star dangerous player to XSET Purple. She is a menace to every competitor

AlexisFPS — Another champion player from Cloud9 White, transitioning with Mel which is looking very positive proving their chemistry and experience.

Florescent — The youngest talent on the team, she proved herself worthy of playing on higher leagues and is now given the opportunity to shine. 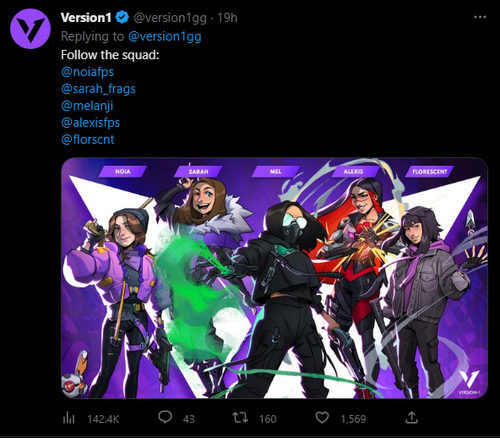 Version 1 successfully gathering such a team is very surprising and questionable to the community. You definitely would ask yourself how did this happen? It appears to be that version 1 has offered so much of a better opportunity and spot to those players to join. While Cloud9 White stepped back from the female valorant scene, they took chance to collect this roster.

Even organizations look forward to seeing this dangerous roster in play.

While some others appear upset to lose their star players, this is the competitive scene and that is what is interesting about it. You may never see it coming!