Strike Arabia championship: Grand finals and who will face G2 Next 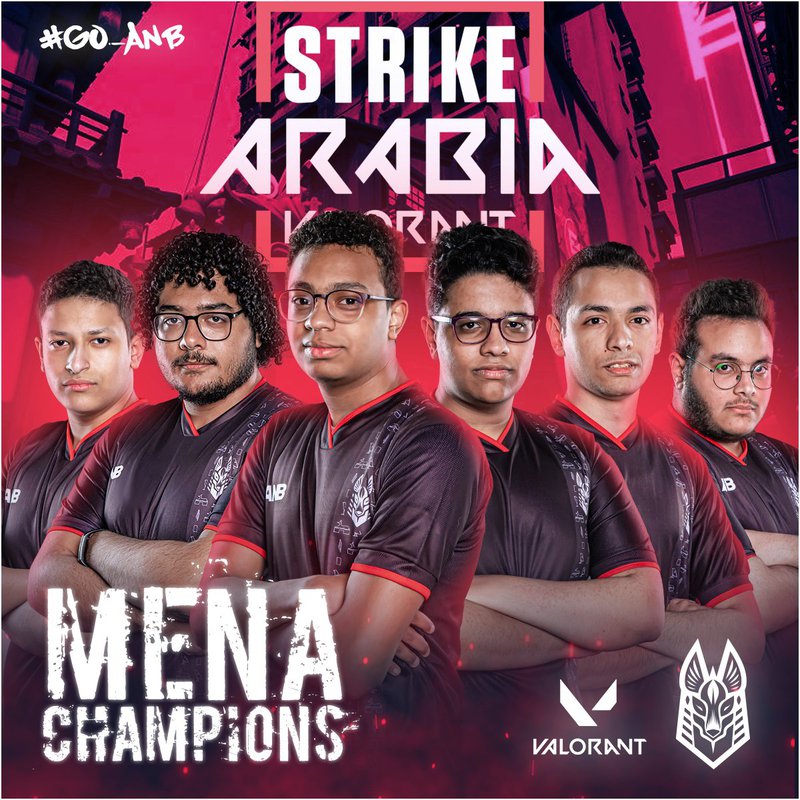 Something important happened for all who care about Valorant eSports scene and especially in MENA.

Anubis gaming and team RA'AD will face each other again but in the grand finals of the strike Arabia championship which is held in Turkey with a prize pool of USD 50,000, some teams informed that organization wasn't the best, but seems like a good start, and we are waiting to see more tournaments for MENA players, they have great skills and they deserve more care and support.

Round one started on Heaven and ANB shalaby played Skye, we didn't see him playing this agent much before.

RA'AD won the first two rounds, the ANB won 7 in a row two of them are clutches, both teams kept trying for 47 minutes till RA'AD won by a 13-10 victory.

The second round was shorter in time but this time ANB made their great comeback and RA'AD didn't get a chance to stop that, ANB won the first 4 rounds and did a clutch on the third then they kept dominating till they ended this map with a 13-4 victory, it's important to mention that RA'AD was a headshot machine this map as his headshot rate was %48 playing as Jett.

Now it's 1-1, both teams need the same number of victories to be the ultimate winner, on Bind RA'AD won the first three rounds but they got interrupted by ANB for a one-round after that RA'AD showed dominance for six other rounds in a row, but it doesn't mean they will win or even close as Anubis won the next 11 round in a row, this map ended by a 13-10 victory for ANB.

Last round here is the big deal, ANB require one win to get it done and RA'AD needs two, this map took 1:15 Hours and 34 round.

On breeze map RA'AD won the first six rounds then after a few rounds ANB won six rounds in a row, the round ended up by playing extra rounds till one of the teams win, ANB did it and they achieved their well deserved 18-16 win.

After they won the casters did a small interview with the most recent coach for ANB, Eren 'Quantum' Arslan, They deserve this win and worked hard in this tournament to get it.

The next step is facing G2 on 10th October in champions tour EMEA: Last chance qualifier.

It's a great step in ANB's career and they will train well for it.