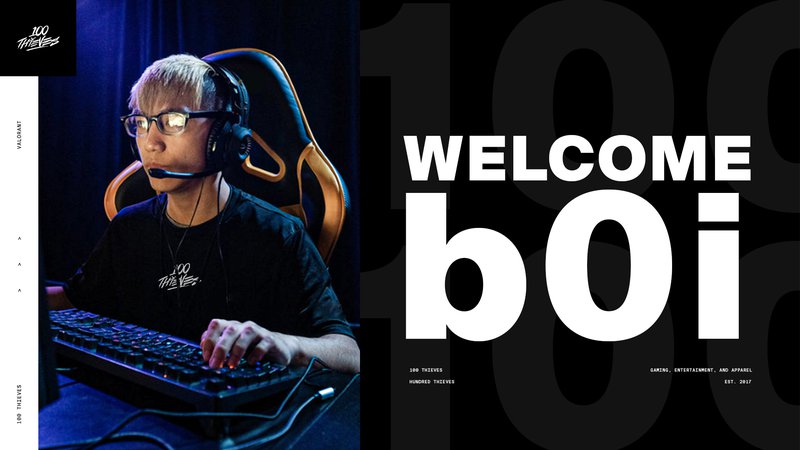 Aaron "b0i" Thao, who worked a last couple of months with 100 Thieves as a sub, was moved to the active roster instead of Joshua "steel" Nissan.

Recall that 100 Thieves finished on 3-4th place in Masters - Berlin, lost against Team Envy in semifinals. They ended the regular season on 3rd place in Circuit points, which allow them to fight for last spot for NA region to VALORANT Champions.