Split-screen is a fantastic way of playing Fortnite with your pals on the very same display. PlayStation and Xbox users may make use of it whereas this functionality isn't accessible for mobile, PC, or Nintendo Switch users. And now that Chapter 3 has been out, it's time to gather your buddies and discover what the game has to offer. As a result, in this article, we'll show you how to enable and use the split screen in Fortnite Chapter 3.

Fortnite is an online multiplayer battle royale game with single-player and co-op options. Furthermore, Fortnite's split-screen capability enables individuals to play in a couch co-op multiplayer mode. As a result, the game's split-screen functionality is critical. This is one of Fortnite's most distinctive characteristics.

In December 2019, a fresh update added Split Screen to the popular battle royale from Epic Games. How to play Fortnite on split-screen? This option is only available to gamers on PS4, PS5 and Xbox One. First, make sure you have the latest update downloaded. 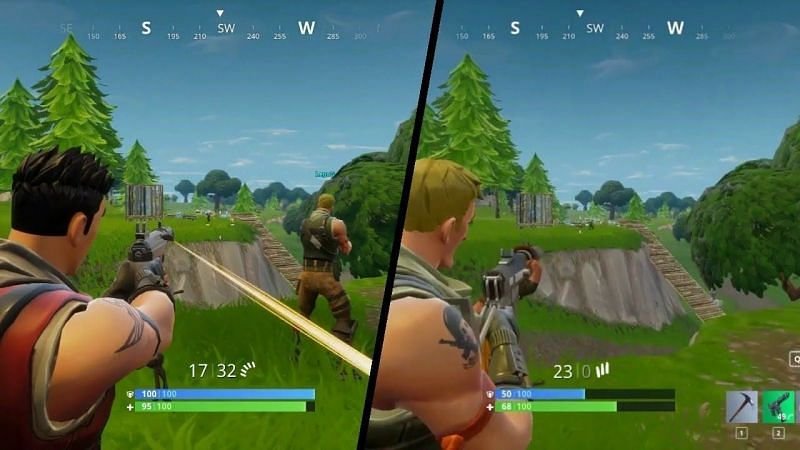 In the main menu, where the squad is formed, activate the second gamepad. Then start searching for a match by selecting the appropriate mode. After that, the preliminary stage of preparation will begin, and then the bus will “take you” to a brighter future. Jump out at the right point and try to stick together.

Keep in mind that having Split Screen on Xbox One and PS4 platform narrows your viewing angle. It is more difficult to navigate and study the situation from behind since a sharp camera turn will be required to observe the enemy approaching from the direction of the storm. Constant coordination with a partner through voice chat will increase the chances of winning.

How to Play Fortnite on Split Screen on Xbox and PS4

It's the same as previously for anyone wondering how to play split-screen on PS4 and Xbox. When this is activated again, users will get the opportunity to connect with other players in the bottom right of the lobby screen. This will allow the player with whom you are playing to log into their own account. 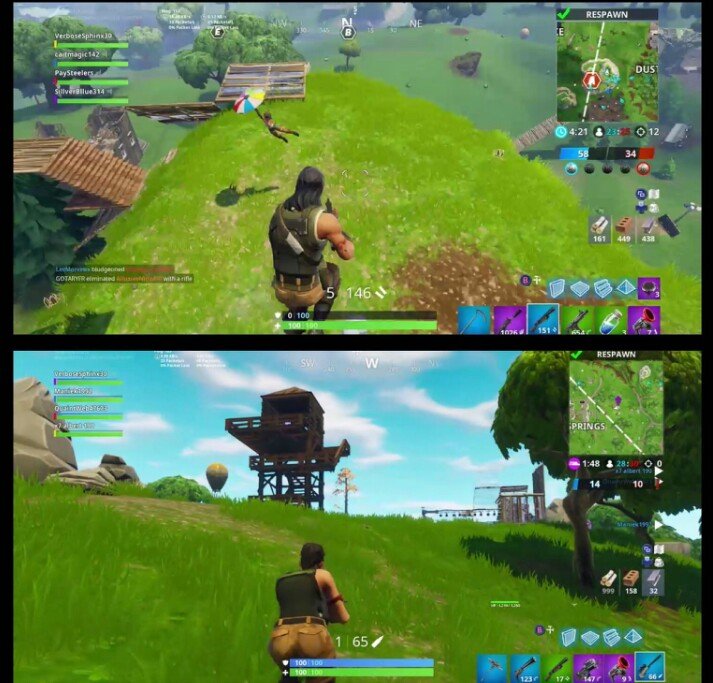 Player 1 will still retain charge of the lobby, have accessibility to their lockers, and be able to do anything as usual. Player 2 can just enjoy the game and cannot alter the settings or choose the game mode. Player 2 has the opportunity, though, to seize control of the lobby.

Follow the steps below to play split-screen on Xbox, PS4, PS5:

How to Fix Fortnite Split Screen Not Working

Although there is presently no formal solution for the problem. You may, however, actively search for a split-screen mode in the game. This will inform you when the function is accessible again. When the feature will return is unknown. Meanwhile, here are several workarounds:

How To Reduce Fortnite Lag
Does your game keep lagging? Check out this article to reduce the lags in Fortnite and have an amazing and smooth gaming experience!
25/09/2022
742 Views

The Best Fortnite Horror Map Codes (September 2022)
Fortnite has a wide range of custom maps in the game. Check out this article to see the best horror map codes in Fortnite!
13/09/2022
921 Views

Aya Nakamura Opens Fortnite Soundware Series
The Fortnite Soundwave Series is a series of musical shows featuring artists from around the world, and it’s almost time for the final artist in the announced line-up: record-brea...
30/09/2022
1930 Views

Best Fortnite Key Bindings for Beginners and Experts!
The key binds are what make or break your game, especially in a game like Fortnite where there are so many commands that you have to enter all at the same time. Between the buildi...
18/06/2022
1522 Views
Comments
No comments yet
Please login to leave a comment.
Login
Streams
Live
Streams
Live
Popular