Everything You Need To Know About Average Combat Score In Valorant

Have you ever wondered why you weren’t the MVP in a game of Valorant despite giving it your all and having the most kills? This is where Average Combat Score comes into the scene! To put it simply, ACS is a rating given to you by Valorant based on your performance in the match.

The player with the highest ACS will become the MVP of the match, and it is calculated relative to other players in the lobby. Some factors considered during the calculation of your ACS include kills, Multi-kills, Damage, Assists, etc.

Damage and Assists play a huge part in Valorant, and even if you do not get too many kills, securing a lot of assists can help boost your ACS. Keep reading this article if you want to know how exactly the Average Combat Score is calculated!

How Is Average Combat Score Calculated In Valorant?

You can find your Average Combat Score once the match is over on the scoreboard under the section names Avg Combat Score. As mentioned above, ACS depends on Damage, Kills, Multi-kills, etc., so we will explain these terms and how they are taken into count.

The players get one point for dealing one point of damage to their opponent in a match in Valorant. It doesn't matter what form of weapon or utility you use to deal damage; it can be done via a knife, gun, or utility. Also, one more thing to remember is that it doesn’t matter whether you get the kill.

Once you take down an enemy with a total of 150 HP (including shield), you get 150 points for damage in that particular round. In addition, you will get extra points if you damage other enemies in the same round.

For instance, if you kill an enemy and shoot another opponent with the Vandal, then in that round, you are getting a total of 150+40 = 190 combat points under damage.

You will earn 150 combat scores once you kill an enemy while all of their team members are alive, 130 when four are alive, 110 when three are alive, 90 when there are only two remaining enemies, and 70 if there is only one team member left.

Another important thing to consider when counting your Average Combat Score is Non-Damaging Assists. You will get these assists by using your abilities to help your teammates get the kill.

You can get assists by using abilities such as Sova's Dart, Sage's heal, Skye's heal, Brimstone's Stim Beacon, or any of the Agent's flashes. Each of these non-damaging assists counts for 25 combat points. Once you use your utilities properly and assist your team in kills to win the round, it will benefit both you and your team.

To compute the round score of a round, you must add up all the combat scores of each stat. You can gain access to them through your match history’s Timeline section.

So, for example, if you have done great in a round dealing a total of 510 damage, then let’s compute your combat score in that round:

Your total combat score for that round will be 550 + 200 + 510 = 1260. It is to be noted that Spike plants and defuses are not taken into consideration for counting combat points. 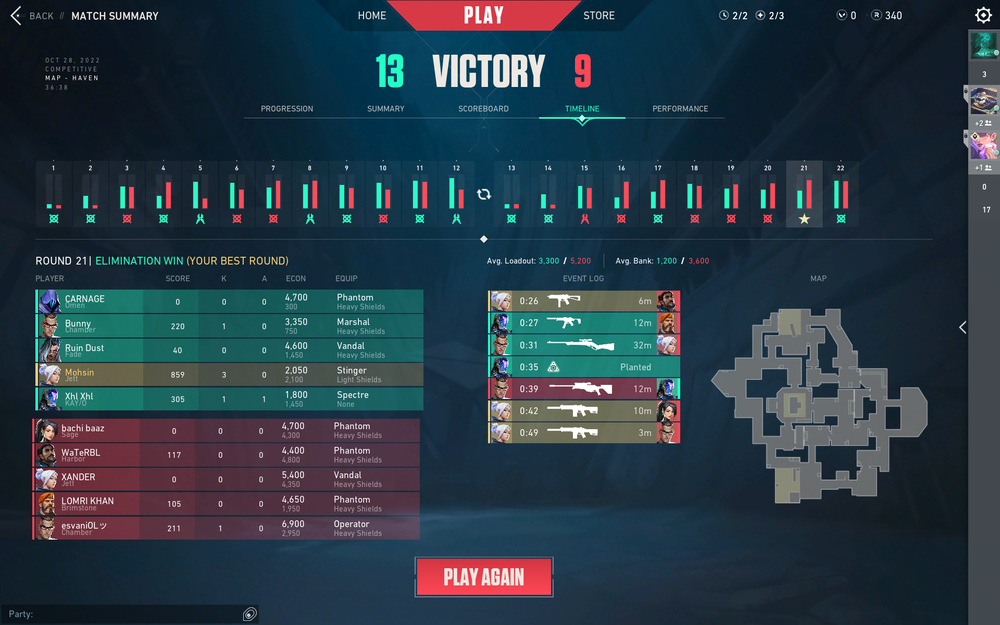 It is basic maths when it comes to Average Combat Score, and by the name of it, we can tell that to find it, we need to sum all the combat scores from every round and divide it by the total number of rounds that were played.

For example, if your total combat score is 8230 and the total number of rounds that you played is 21. Then your Average Combat Score will be 8230 divided by 21, which would give you 391.9 as a result, so in Valorant, the rounded amount that will be shown is 392.

There are many players who think that their econ rating is also considered in ACS. However, that is not true at all and what the econ rating suggests is a completely different thing. 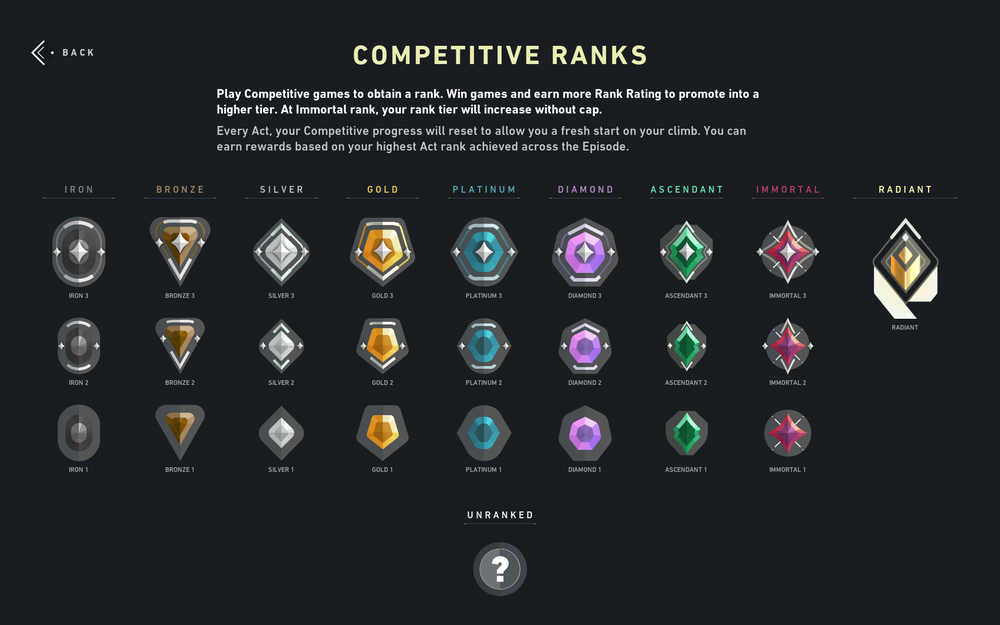 You might find yourself wondering if your Average Combat Score affects your rank in Valorant or not, and the answer to that is not. ACS does not affect your Rank or MMR in Valorant, as told by a Riot Employee.

ACS is just a stat that is used to give context to a match. Although having a good KDA (Kill - death/assist) might indicate an increase in your rank rating but winning a game of Valorant is a confirmed way to make MMR.

You should not be much bothered about your Average Combat Score if you are playing in a ranked match to gain more MMR. However, if you are having fun with your friends and want some real competition, here are some tips:

How Case Esports Plays Ascent
Case Esports is one of the best teams as a result of VRL 2022 Spain: Rising Stage 1. Started their way from closed qualifier, they managed to reach the final where lost against Re...
10/04/2022
2009 Views

The Complete Guide On Harbor
Wondering who Harbor is and what are his abilities? Check out this article where we tell you everything about him as well as ways to unlock him!
31/10/2022
1884 Views

How To Refund Valorant Skins - Step By Step Guide
Which items can you refund? How long does it take to return your money? Can you refund items purchased a long time ago? These questions will be answered in this article.
10/12/2021
3093 Views

How To Fix Valorant Error Codes 43, 1067, 39, 59, 57 and 68 - Complete Guide
VALORANT isn't the first video game to have flaws and bugs. In this post, we will cover the most common errors that gamers face today in valorant hope that this will be helpful fo...
29/03/2022
1644 Views
Comments
No comments yet
Please login to leave a comment.
Login
Matches
Upcoming