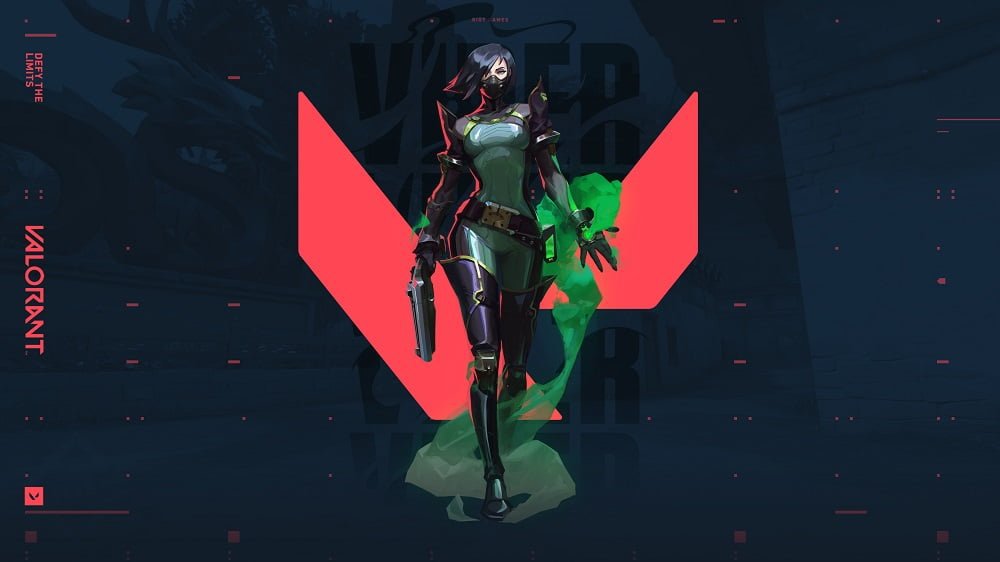 An in-depth Viper Valorant guide that will explain everything you need to know about the Agent and the best way to play with it.

Viper is one of only four controllers in the game. The Agent was released in the beta phase of the game so it's been around for a while. Contrary to other Agents that were released on beta, you have to unlock Viper in order to be able to play with her.

Despite the Agent not being an easy one to play, it is one of the strongest controllers and overall Agents in the game. In this article, we will go into detail to see why Viper is a must-pick Agent in most maps.

As mentioned above, Viper is a controller. The controller's main function is to assist their teammates in taking control of a certain area of the map and forcing enemies into chokepoints.

The official controller description is the following: "Controllers are experts in slicing up dangerous territory to set their team up for success." 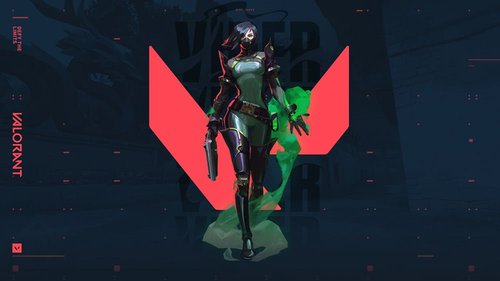 Controllers use their abilities like smokes, abilities that do damage in a certain area, and others to be able to provide their team with assistance. When used correctly and in a coordinated way Viper's abilities can be a game-changer. There is a reason why Viper is one of the most picked Agents in the competitive scene. So let's see what are Viper's abilities.

An in-depth look at Viper abilities 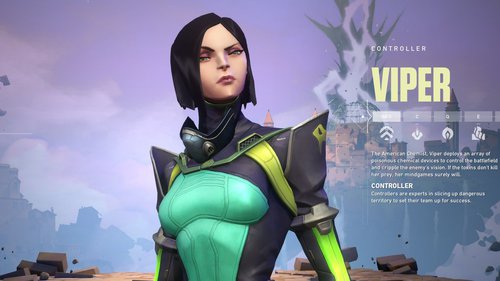 Viper has three normal abilities. All of her abilities help her take control of the map or set up her team in order to do so. The ultimate of Viper is also regarded as one of the strongest in the game. Her ultimate is seen by many as giving you a "free round" when well used.

On Snake Bite, Viper equips a canister that shatters upon hitting the floor. If an enemy walks through the area affected he will receive damage. It will also leave the opponent player vulnerable. This means the affected player will take double the damage while Vulnerable. The players stay Vulnerable for two seconds. 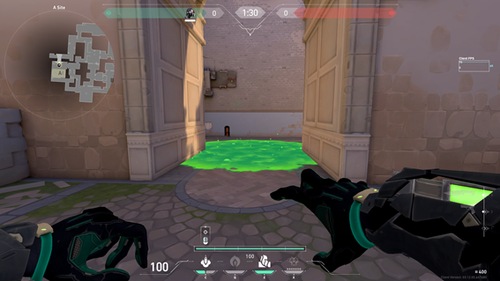 This ability is great to clear some corners of the map where the enemy may be. You can also use it to slow enemies' rushes or force the enemy to an area of the map. Using this ability on the bomb when on the attacking side is also strong, since your enemy will take a lot of damage if he tries to defuse, sometimes even dying to the poison.

Poison Cloud allows Viper to smoke an entrance to a bombsite or just a certain part of the map. What makes this ability so strong is the fact you can pick it up and redeploy it. This means the ability can be used more than once. 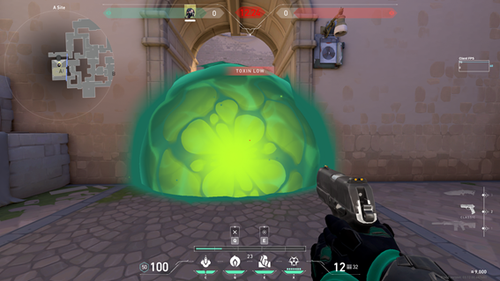 When passing through the Poison Cloud enemies will be affected by toxin. Toxin causes enemies to have their maximum health instantly reduced. The longer the enemy stays in the ability area the lower his health will go.

Poison Cloud uses fuel while active. Viper fuel bar has 100 fuel and will decrease with the passing of time when an ability is active. When the fuel bar ends the ability will deactivate. You will need to wait until the Fuel bar charges enough in order for you to activate Poison Cloud again.

Toxin Screen is Viper signature ability. Viper creates a toxic wall perfect to block the vision of a part of the map. This ability also helps you or your team to gain control of an area of the map. By cutting the vision of the enemy, together with applying the toxin effects if an enemy passes through the wall. 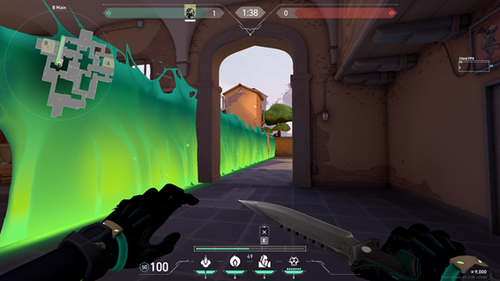 You can use it to enter a bombsite or to play retake. There are numerous ways to use this wall that can benefit you and your team in different situations of the game.

Just like Cloud Poison, Toxin Screen also uses Viper fuel. Be careful so that the fuel doesn't end. Forcing the wall to disappear while you are entering a bombsite, or when you're trying to take control of a part of the map.

Viper's Pit is one of the strongest ultimates in the game. Her ultimate creates a giant cloud that reduces the vision of every player inside it. It also reduces the health of the enemies inside of the pit. The longer they stay inside the lower their health will get, stoping at 1hp.

This ultimate is perfect to gain control of an area. Dissuading enemies to go to a certain bombsite forcing the enemy team to change their strategy. It is also great to play inside when the bomb is planted, making it much harder for the enemies to retake. 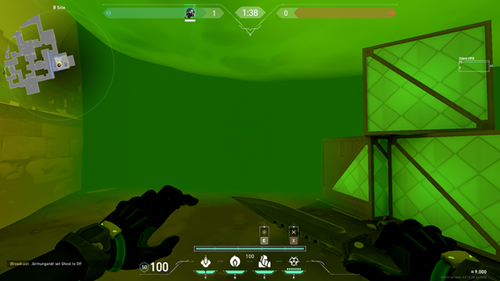 Upon entering Viper's Pit your health will gradually descend, meaning you will stay in an unfavorable position. Your teammates can use your ult to their advantage. Playing inside the Viper's Pit, and forcing the enemies to get inside it.

When used well this ultimate will basically give you a free round.  However, you have to be careful where and how you place it since you become vulnerable while deploying it. While in the ult animation be sure you are safe.

How you should play Viper

Viper is a controller who has the main goal of setting her team-up. Using her Toxin Screen is a good way to block the enemy's vision and take map control. Poison Cloud allows you to do something similar to Toxic Screen but you can redeploy the ability which makes it even stronger.

By combining Toxic Screen and Poison Cloud you can force enemies out of certain areas of the map. By blocking their vision the enemies will have the tough choice of either playing more aggressively and having to pass the Toxic screen or fall back and wait for it to end. 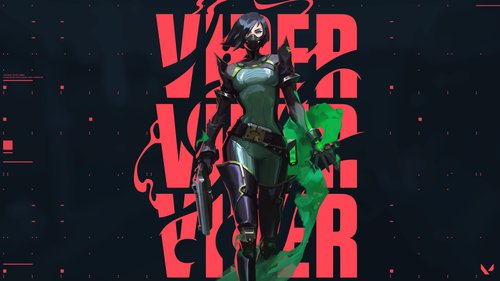 This gives you and you're team a lot of time to take control of that area of the map or prepare your executions. You can also fake the bombsite you are going to attack by placing the Toxic screen on A and proceeding to do a mid to B split for example.

You always have to be careful not to place your Toxic Screen too early, since it can indicate where your team plans to attack or in which site you are defending.

As for the Snake Bite, it's a perfect ability to play post-plant. It's also really good to force an enemy out of a corner or into one.

On the defender side you can use Poison Cloud to block one of the bombsite entrances, and then throw your Snake Bite into the ground near the Poison Cloud. By doing this enemies will have to think twice before rushing into the bombsite. You will delay your enemies and gain time for your team to rotate or take control of the other side of the map.

Overall your main goal is to set up your teammates and control the pace of the game.

Viper's main weakness is her fuel bar. You have to always be aware of when the full bar is ending because that means Toxic Screen, and Poison Cloud will deactivate. That may lead to situations where the wall deactivates when you are crossing, giving vision to you're enemies of your position. 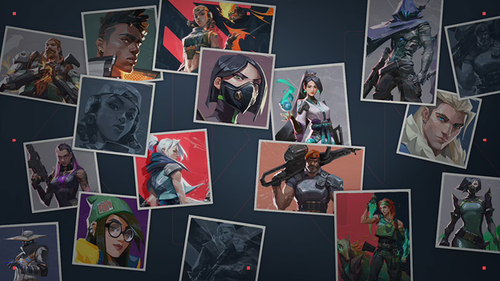 If you want a detailed video of how to play Viper you can check TSM FTX Viper Guide.

If you want to check how the professional players use Viper, take a look at our guide How the Pros Play Viper.

I hope this guide helped you understand how you should utilize Viper and her strengths and weakness. 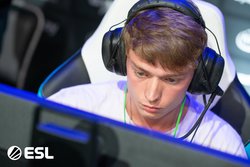 How The Guard Plays Split
The Guard is the main sensation of North America in the beginning of 2022. The team, which don't have "Big Names" manage to qualify for Masters in Reykjavík. In the match for a sl...
08/04/2022
1793 Views

The Best Sage Walls on Bind
Sage is one of the most useful and easy to play sentinels on Valorant. In this article, we will talk about the best Sage walls for Bind. These walls can be used in multiple ways a...
27/04/2022
3828 Views

Best Valorant Graphics Settings For Low-End PC's For Better Performance
If you are experiencing performance issues with Valorant or getting low Fps, Please make sure you have tried our guide.
03/12/2021
2933 Views

The Best Sage Walls on Icebox
Sage is one of the most useful and easy to play sentinels on Valorant. In this article, we will talk about the best Sage walls for Split. These walls can be used in multiple ways ...
23/05/2022
7589 Views
Comments
No comments yet
Please login to leave a comment.
Login
Matches
Live