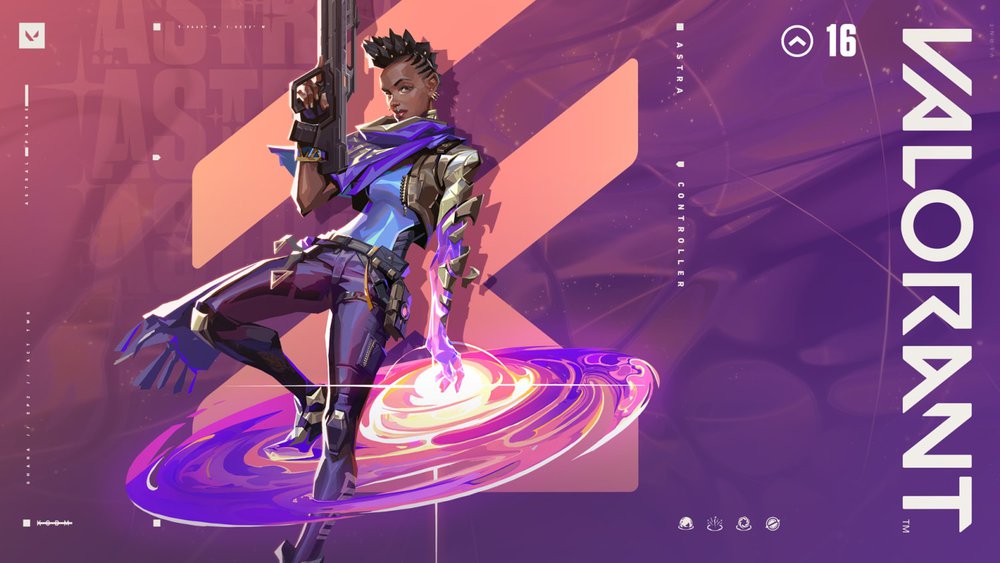 Astra is one of four controllers in the game. She was released on the second of March 2021 and since then has been the best controller in Valorant. The role of the controller is to help their team to gain control of the map. They do that by blocking enemy vision, slowing them, and more. 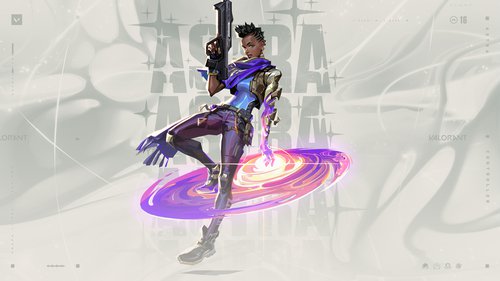 The abilities Astra posses are what make her so good as a controller. It's one of the main reasons Astra is one of the most played Agents, especially in the competitive scene.

So let's take a deep dive into Astra's abilities, and what is it that makes Astra so much better than other controllers.

An in-depth look at Astra abilities

The smokes Astra is able to place on the map, and the ability to take them back and place them somewhere else is one of the things that make Astra so strong. Join that to the fact she has abilities capable of pulling you or lowering your shield, making her seem like the undisputed controller Agent. 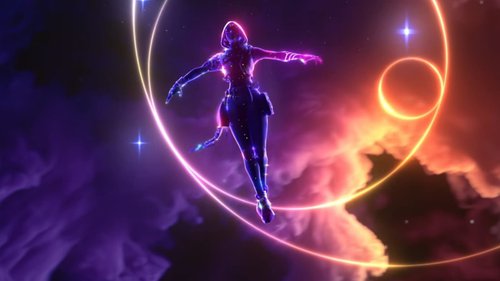 However, you have to notice that it is difficult to play with Astra. She is an Agent that works in favor of the team. So in a ranked scenario sometimes it's going to be difficult to get the most value out of her.

When activated Astra enters the Astral Form. This allows her to place stars anywhere on the map. The star placed by Astra can later be activated or recovered.

You can activate the stars transforming them into Nova Pulse, Nebula, or Gravity Well. Which are the names of the other three common abilities Astra possesses. 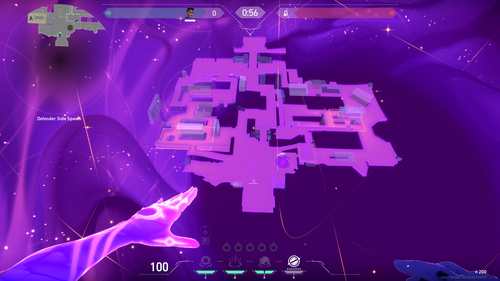 Astra is the only controller in the game that can place her smokes or other abilities anywhere on the map. By entering Astral Form she can be in her base and place stars in the enemy base and both bombsites.

With Gravity Well Astra can set up her teammates to take control of an area of the map. If she activates Gravity Well while the enemy is inside it they will be pushed losing all accuracy. This makes it easier for her allies to capitalize on it and kill the enemy. It can also be used to slow down enemy executions. 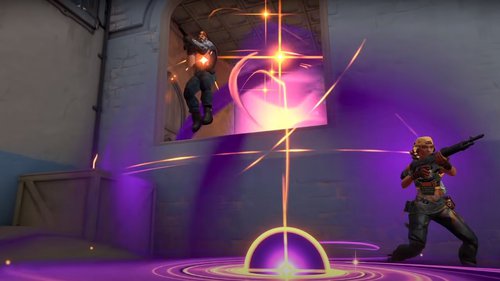 You can also use this ability to comb with other Agents' abilities. For example with the Sova shock bolt or Raze grenade. Astra can pull the enemies, and then Raze, Sova can use their abilities, dealing a lot of damage to the enemies and sometimes even killing them just with utility. However, this is something that requires a lot of coordination and synergy.

When activated Nova Pulse will charge briefly, then it will strike concussing all the players in the area. This is a perfect ability to force players out of choke points or dazzle them making it harder for them to hit you. 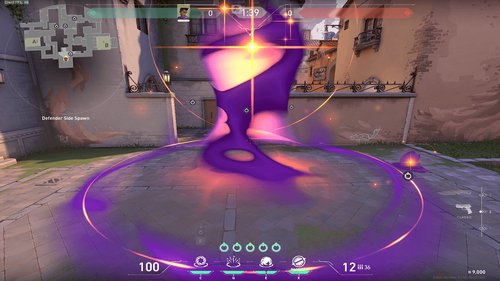 Once again you have to set up this ability in a way your team can benefit from it, and take control of the map because of its use. You need to communicate with your team once you activated it and if any player was affected. That way they can act and take advantage of it.

It's great to play post-plants, and it can also help you slow the executes of the enemy team.

Nebula is probably the best smoke in the game. Like all the smokes it is used to block the enemy vision in specific places on the map. 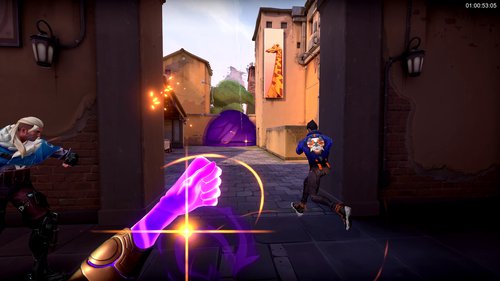 However, be careful with enemies spamming through smokes. Sometimes they are able to get a random kill like that when your team is entering the site.

Cosmic Divide is great to get you a "free entry" into a bombsite. It's a huge wall you can place to cut the enemies of vision to the bombsite or that specific part of the map. It takes 2.67 for the wall to completely form. 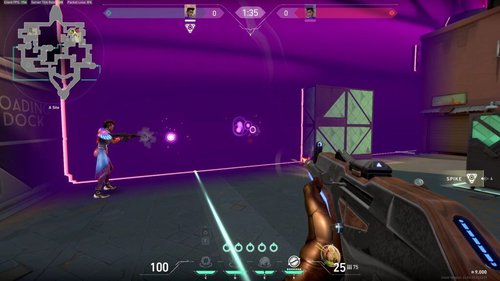 When completely form the wall not only blocks the enemy's vision but also completely cuts the sound cues of the other side of the wall. This also applies to you and your team since you won't be able to hear anything from the other side.

It also blocks bullets. However, it doesn't blocks abilities so be aware of that. The wall has a duration of 21 seconds and it will still be up even if Astra dies after having just cast it.

How you should Play with Astra

As mentioned previously Astra is the ultimate team player Agent. Everything you do is to set up your teammates to take controller of an area of the map. Basically, you want to set them up for success.

This makes it so you and your teammates have to constantly be communicating. It's the only way for you to know when to use Gravity Well or Nebula. Having synergy with your team is also important. A combo like Gravity Well into a Raze grenade can be devastating when well executed. 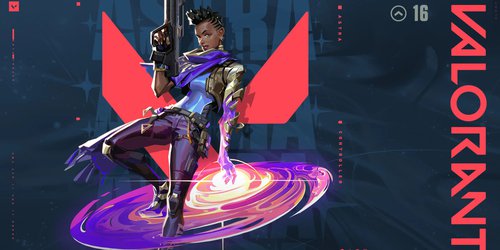 Astra is hands down the best controller in the game at the moment. She can provide every piece of utility your team needs. The ways in which you can use her utility and combo it with other Agents are endless. When played at the high level she is one of the stronger Agents overall.

The fact she is viable in most of the maps also plays in her favor. The other controllers apart from Viper are very situational, and only really work in a few maps and team comps.

Astra doesn't have many weaknesses. The main one is the fact you have to play really well with your team. This is something we all know doesn't exactly happen in ranked. Meaning you really have to play with some teammates that know what they are doing and can use your utility in the correct way.

In maps like Breeze, Icebox, and Fracture, it's normally more difficult to have as much impact as Astra. Normally there Viper is the best pick and is used by most players as the main controller choice 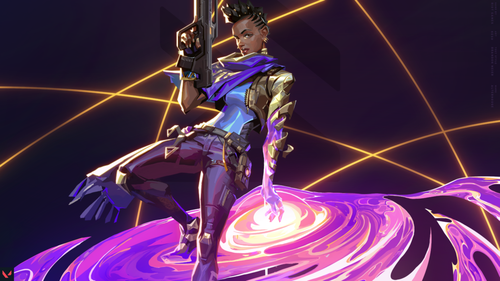 Overall Astra is still the best controller Agent. She is a difficult Agent to master, but one that is definitely worth the work.

I hope this guide helped you understand how you should utilize Astra to the best of your abilities. Her strengths, weaknesses, what makes her the best controller in the whole game, and how to find success with her.

You can also check our guide How the Pros play Astra to get a detailed explanation of how the best players in the world use her.

How to Obtain Riot Gun Buddy in Valorant
The Riot Gun buddy is the most rare in-game cosmetic in Valorant. This artifact is only available to Riot staff, who could present it to their favorite team players if they want. ...
04/04/2022

Is Valorant on Xbox?
The FPS shooter that is loved by almost every corner of the gaming community could expand its reach even further by becoming available on Xbox consoles such as the Xbox One X|S an...
22/03/2022

How To Get Free Valorant Points (2023)
Valorant is a very popular game with all the features it offers, including all the unlockables and customizations, as well as the adaptations it has. However, many of these featur...
26/01/2022
Comments
No comments yet
Please login to leave a comment.
Login
Matches
Upcoming