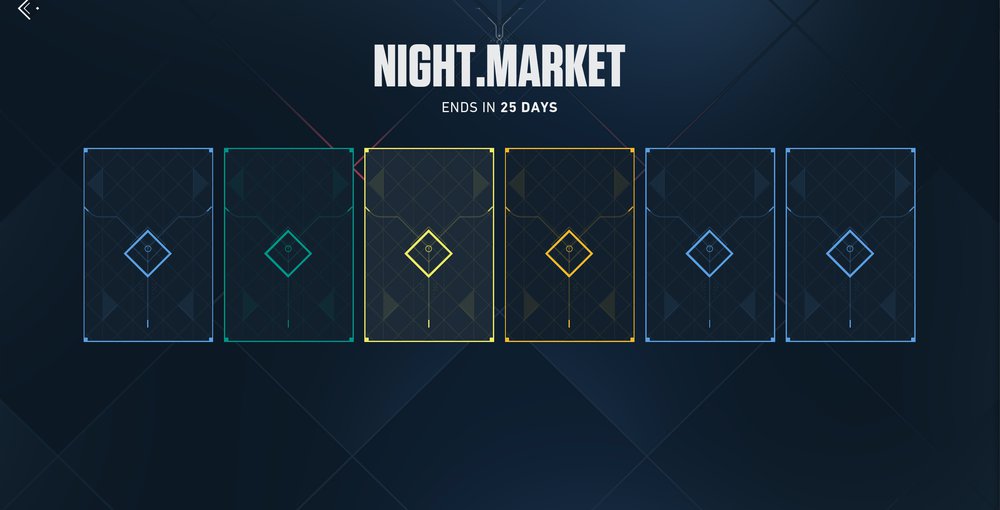 The Valorant Night Market is one of the best ways to get new skins if you’re a fan of Riot’s FPS. Considering the relatively expensive price of Valorant skins by default, most players would rather wait for a discount in order to gain access to some nice cosmetic options. That’s where the Night Market comes in.

The Next Nightmarket is confirmed to start Wednesday, September 28 at 5:00 PM Pacific Time.

This periodic store is one that gives players offers for six random weapon skins. The random skins are usually selected based on a weapon you’ve been favoring for your most recent matches. Therefore, if you’re usually the type of player that favors the Phantom, you’ll probably get a Phantom skin in your Night Market. In total, its five gun skins and one melee weapon skin. 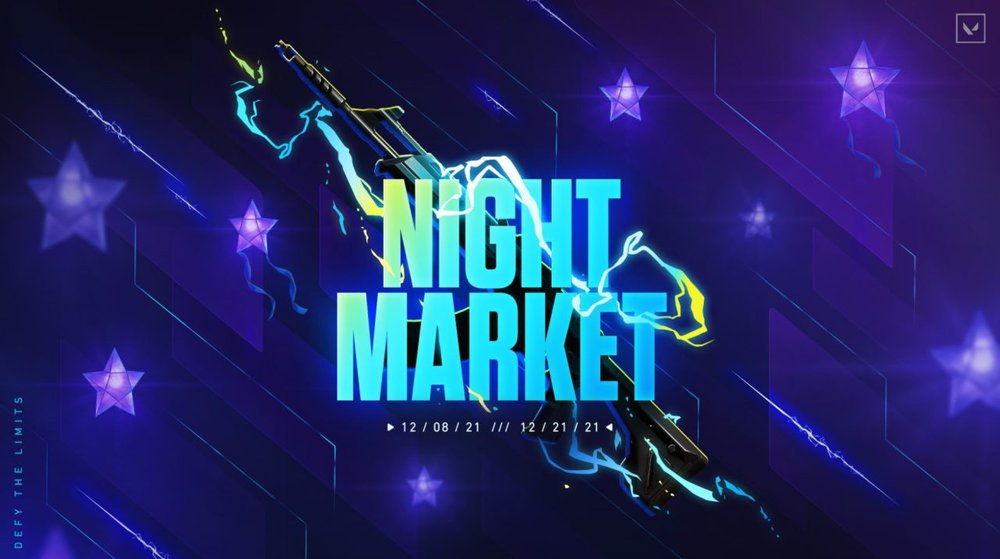 The eligible skins for Valorant’s Night Market are usually ones that cant be purchased from the store and have been released at least two acts prior to the current one. The exceptions to this are any Exclusive or Ultra Edition gun or knife skins that were released before.

If you’re worried about getting unlucky with your Valorant Night Market skin options, there’s some bad luck protection from Riot Games with at least two of the offers in your market being Premium Edition gun or knife skins. Additionally, to ensure that there’s enough variety among your options, you won’t be getting two skins from the same type of weapon. 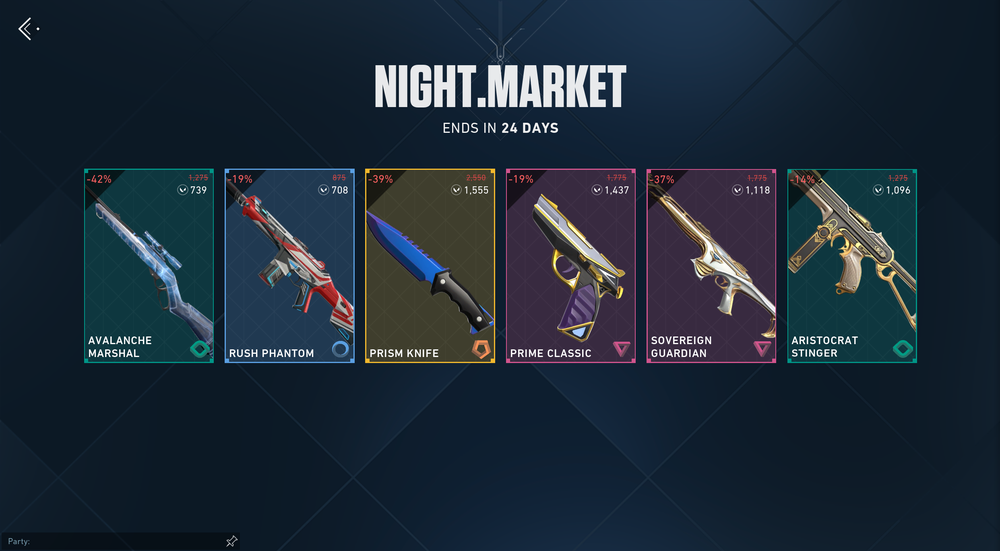 For the players that might want to improve their luck, there’s, unfortunately, no feature for rerolls on the Night Market. Fans have expressed their desire for this to the devs on social media, but it has not been implemented. Instead, it seems like the developers are going to address this issue by releasing more discount events in the future to give unlucky players enough chances to get a better collection.

The Night Markets were originally inspired by Riot Games’ other IP, League of Legends with the ‘Your Shop’ feature in that title being added to Valorant as the same feature with a different title.

In general, most players are quite happy with the feature due to the developer’s commitment to fairness and accessibility. Still, the price of cosmetics in Valorant could be much more accessible than what we are currently offering.

When will the next Valorant Night Market event take place?

For Valorant, the next time Riot intends to give players a chance to get skins at an attractive discount will be on the 28th of September at 5 pm PT. This means that with some luck, you will be able to buy that skin you have been wanting for soon long at a friendly price.

For the future Night Market events for 2022, their start dates are sure to be similar to 2021. These were the dates as follows:

How To Play Deathmatch To Improve Faster?
VALORANT’s deathmatch is not the best, in fact, it’s one of the worst implementations as far as the community has expressed their voices. Because of that deathmatch is often playe...
12/01/2023

How To Win Eco Rounds In VALORANT
Want to know some effective tips for winning Eco Rounds in Valorant? Check out this article as it might be exactly what you need!
18/12/2022

How to Get a Circle Crosshair in Valorant
Developing crosshairs for Valorant is a creative process. This circular crosshair is one of Valorant's most famous crosshair options. It is highly suggested for those who are new ...
30/03/2022

What does OP, FF, MB and RIP mean in Valorant?
These terms players use very often. They help to give a quick and clear assessment of the situation that occurred in the round or in the whole game.
27/03/2022
Comments
No comments yet
Please login to leave a comment.
Login
Matches
Upcoming