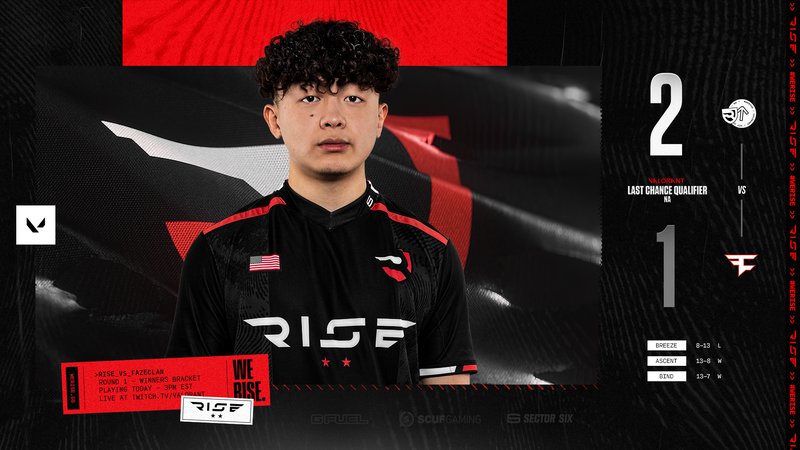 NA LCQ resumed 13 days later after Riot Games decided to suspend the tournament due to various problems. Initially, the NA LCQ was supposed to take place on LAN, but after the first day it was transferred to online.

FaZe Clan had a brilliant start in the first map, won first six rounds. Rise won two in return, but lost three again, managed to win last round in the first half.

Rise were able to close the gap, 8:10, but the last three rounds won by FaZe Clan, which BABYBAY brought to victory in the first map with his 29 kills on Jett.

FaZe Clan continued to dominate in the match, won first half on Ascent 7:5. But after incredible clutch by supamen 1v3, Rise lost only one round in the second half, which helped them to win Ascent 13:8.

The third map was completely under Rise's dictation. FaZe Clan never led in Bind, and Rise first won the first half 7:5, and then finished off the opponent 13:7.

Version1 chose Breeze as their map, but could not resist it at all. Cloud9 Blue crushed them 13:5.

There should have been a third match yesterday, between Rise and Cloud9 Blue, but for technical reasons it was postponed.