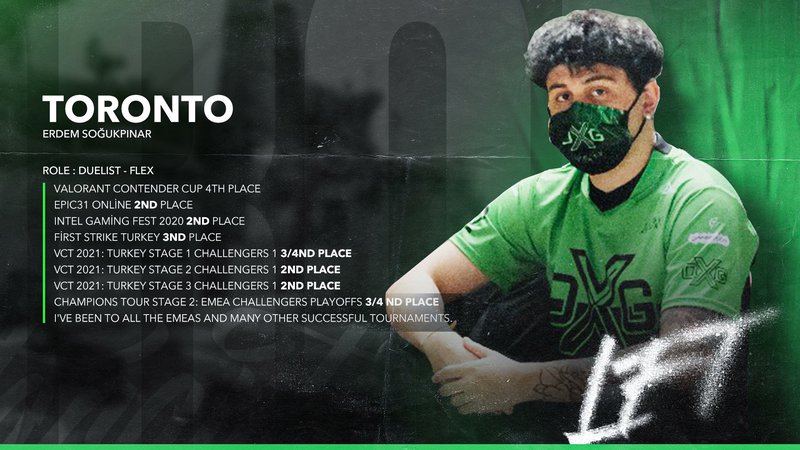 The player announced on Twitter he had come to terms with the organization to look for new opportunities.

Yesterday Erdem "toronto" Soğukpınar announced via Twitter he and the Turkish organization decided to allow him to look for another team.

During his one year and a half stint in Oxygen Esports, the player built a great resume and accumulated various achievements, he played in all the top tournaments in Turkey but also in the EMEA region, and despite not being able to attend any international event the team still did well in all those tournaments almost always finishing up in the top 4.

Erdem "toronto" Soğukpınar thanked the organization, and all the teammates he had the pleasure to play with during his time on the team.

The player is still young and according to him " I believe my journey as a competitive player is just beginning. I am highly motivated to win and will put in the work required to compete at the highest level "

He will now be searching for a new team, and with such a resume and with plenty of teams doing roster moves right now it shouldn't take much time until we see Erdem "toronto" Soğukpınar being announced in a new organization.

Comments
Tim
-
Oct 28 at 1:42 PM
Interesting to see where he will go
Please login to leave a comment.
Login
Recent News