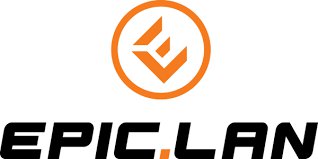 LAN’s are back! And nothing beats it. There really is nothing quite like trash talk, meeting old friends, and that odd smell that 700+ gamers give off. I’m here to bring you all the coverage of Epiclan34 here in the UK, where we see some of the top players from the region battle it out for a £5,000 prize pool.

To start I’m going to give you a rundown of the top 3 seeded teams before the group stage kicks off tomorrow on the 29th!

Coming in at the top seed is Vexed gaming, and it’s not hard to see why. They’ve had some impressive past results coming in second at the previous Epic33 only behind a stacked No Poaching roster. The core of this roster has been together for a long time previously playing under M4LIK before they were signed. This chemistry is evident both on and off the server and they clearly love playing the game together. The talented young squad are pegged to go all the way this weekend and take home the big money.

Vexed have a great fluid playstyle built around enabling their Jett OPer, Leare. He is a star young talent and certainly a front runner for tournament MVP if all goes their way. Expect either Bind or Ascent as their pick in a Bo3 as they put up some truly impressive numbers on both of these maps.

It’s hard not to root for a team like this even when they’re the top seed. Just check their comms videos and you’ll see just how funny and charismatic this team are. They bring great energy to a LAN environment and I think they definitely will receive the “LAN buff” teams like to talk about.

Taking the number 2 spot is Mixenergy. Now if you haven’t followed the UK scene a lot you might find it odd to see a mix rank this highly, but I assure you they deserve it. The core players are Monstrum, Waddle and m1sfit and all 3 have solid histories in the UK scene and beyond. Notably, m1sfit was the IGL of the former LND UTD roster before the shuffle and his experience as a long term full-time leader certainly helps keep this rowdy mix on course. Monstrum and Waddle were both previous members of the successful AREA roster who saw big results also, most prominently a second-place finish behind TENSTAR at the ESL UK Skirmish (TENSTAR recently climbed as high as 9th on the EMEA rankings) and even bested them twice in the group stage.

The core is rounded out by whisk, a previous UK CSGO player and the UK’s answer to the “Headshot Machine”, soulcas. The Team Liquid superstar is taking a break from battling with our pesky NA rivals to go back to his roots and compete on his home turf.

This mix brings bags full of raw aim and talent, and while the core has played together consistently, we probably can’t expect incredibly in-depth set plays and tactics. However, I don’t think this will hold them back at all their natural fragging ability fills any potential gaps in their strategy.

TENSTAR VULCAN is one of two TENSTAR academy teams playing in this tournament. The other, TENSTAR TITAN, comes in at 6th seed. This group of players was brought together after an intensive selection process and we’ve seen them really start to gel since then.

I would say that firepower is distributed fairly evenly across this team and having worked with most of these player’s briefly in the past, it’s easy to say that they’re the real deal. Don’t be fooled by their academy title, this team came here to play and represent their organisation well. They’ll certainly want to make a splash and take home the top prize.

Their limited time together and LAN experience could cause problems, but I wouldn’t be too worried if you’re a TENSTAR fan. This squad have shown consistently good results and certainly seemed to have fused together well in their short time as a roster and we can expect them to go from strength to strength at this event

I can’t wait for the group stage to kick off and of course, I’ll be bringing you plenty more coverage of the event. Expected more round-ups, interviews and round breakdowns to really get your LAN fix.