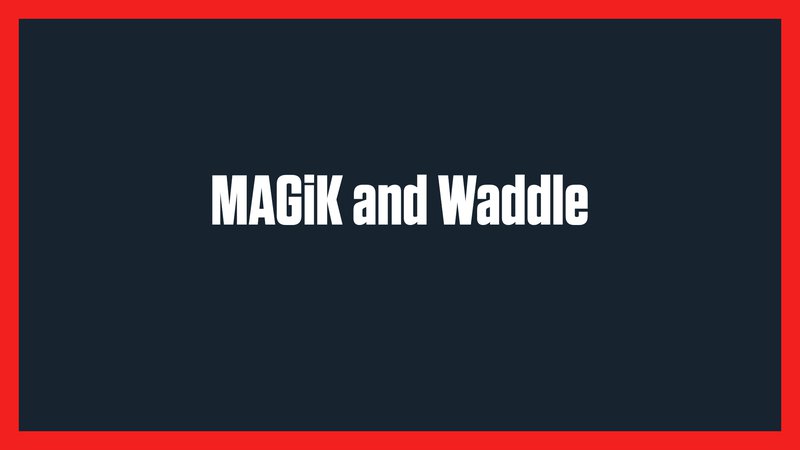 I got a chance for a chat with MAGiK, representing Vexed Gaming and Waddle from Mixenergy. They came into the game representing the number 1 and 2 seeded teams and both teams have been predicted to be potential finalists.

First of all, what’s it like being able to play at a LAN again?

MAGiK: Kind of the same I’ve been to LAN’s a few times but 3 to 4 years ago for a few different games. It’s a friendly environment but also competitive, just meeting everyone and getting a face to a name and hanging out with everyone after the games

You guys came into the day seeded first and second respectively [Vexed first, mixenergy second] I was going to ask both of you individually, who did you particularly want to play heading into this event?

Waddle: Well, I wanted to play… I’m down to play every team, its competition you know like we came in here wanting to win the event, there’s meeting everyone and stuff but we’re down to play anyone

For sure, for sure. And you MAGiK, anyone in particular you wanted to face off with on the server?

MAGiK: I mean mixenergy is a team we wanted to play against, and then my old teammate Zeko on Bleak Midwinter. There are some teams… we will play them, but yeah both those guys are really good and they will be quality games

I want to ask you both about your expectations because I assume you both aiming pretty high at this event?

Waddle: Yeah for sure, we’re here to win and I think we will, to be honest. We’ll probably end up playing against Vexed or Bleak Midwinter in the final but yeah, we’ll probably win it.

I love it, I love it. I’m guessing you’re thinking exactly the same MAGiK?

MAGiK: The exact same energy, yeah it’s the same. We came here to win. Either mixenergy or Bleak Midwinter in the finals, we want to win it of course.

Fantastic, and you’ve both won all your games so far today?

MAGiK: Yeah, me too

Waddle: Would be great