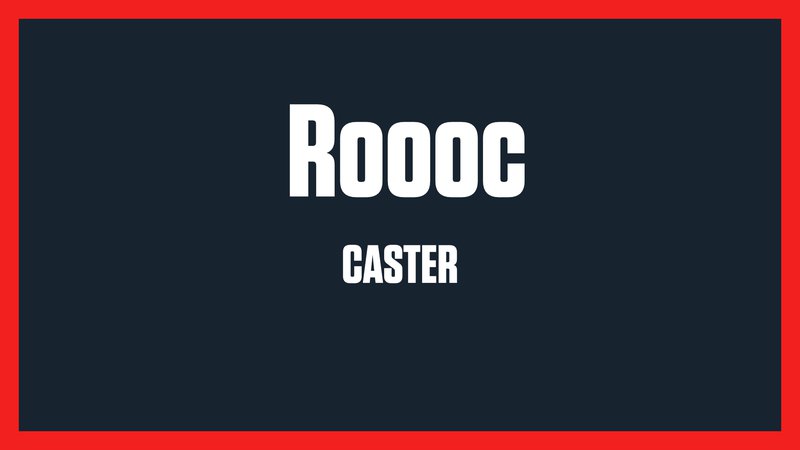 The first question I wanted to ask is, how is casting different for you in this LAN environment compared to online?

Well, it’s not quite as comfortable I’ll be completely honest with you. Sometime’s I like sitting at home in joggers or well… less haha let’s be real. But you know what having people shouting and screaming, I’m very much the sort of person that thrives on other peoples energy so that for me is absolutely fantastic and I love it. I’m sitting there with Jay and he’s being as loud as fuck as well. Oh sorry am I allowed to swear

Have you done many other VALORANT LAN’s in the past? I know there hasn’t been many to get a hold of?

No, so other than one King of the North, which didn’t really have too many people around. This is really the only LAN cast I’ve ever done and like it’s a massively different scale. You didn’t have people shouting and screaming really in the same way, it didn’t have that same kind of atmosphere so it’s really different and I’m loving it.

So out of all the VALORANT teams you get to cast today, was there any you were particularly excited about? Any you were looking forward to casting?

Well… I mean mixenergy are very strong, they’re a team who kind of… so they’re second seed and first seed obviously doesn’t even need mentioning. Interesting to see how they get on because they have Soulcas and other players who look really solid. But if you want the team who I was most excited to cast, was John Howard. They’re like 8th seed. I think the seeding for the most part was really good but I think John Howard got done dirty real bad because they’re a real solid team who have been playing like the ELS Prem and stuff and they’ve been putting up some decent performances. They showed us some really solid macro game earlier and they basically 13-1’d a team who was higher than them in the seeding. And I was like well yeah you know what, that’s pretty good.

That’s great yeah, I saw the Yoru pick by them

Oh yeah, I was so surprised, I was literally like “that’s really weird I’m surprised they’re picking it. Then it kind of went on and it was like, for their kind of macro style and as Haven’s such a big map you can play around, throw out stuff and it actually worked really well for them, especially dimensional drift.

I think mixenergy honestly. I think they’ve got the power to do it. I think it’ll be difficult but I think they can take it.

Would you expect a mixenergy, Vexed final?

I know it’s like first and second seed so it’s such a cop-out to say, but yeah. Vexed are just like, really good but I think mixenergy… mixes do surprisingly well and I think people sleep on them to some extent and say “ah well they’re not very well coordinated” but also you’ve got like a lot of very experienced players, they’re gonna be able to come together quite well.

Final question, if you could make any little buff or nerf in VALORANT, you had creative control for one day what are you doing?

That’s a big question. I’d buff Phoenix, I really like Phoenix. I’m bad at Phoenix but he’s my boy. I love playing duelists who have flashes. I play a lot of Skye as well and stuff like that. It’s either that or a buff for Brim. I don’t know what I’d do for Brim though maybe make his smokes bigger?

I want them to buff Brimstone too, I love Brimstone

Yeah me too he’s great haha.

That’s everything thank you so much for your time

No problem thanks for having me.