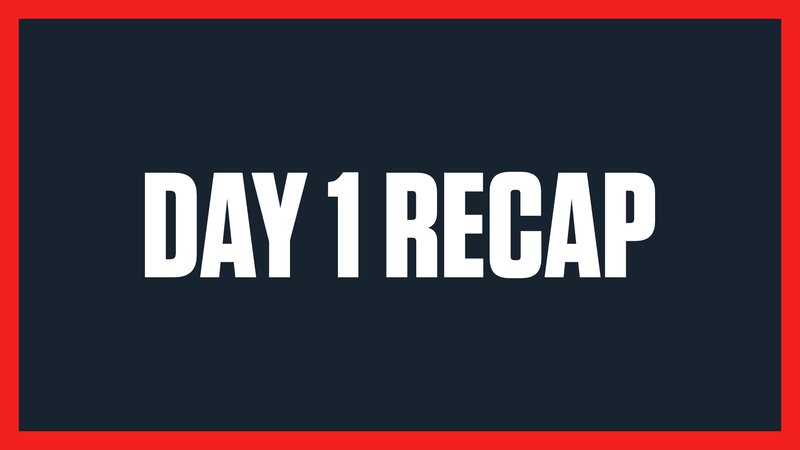 The first day of EPIC34 came to a close and it was everything I had hoped for. LAN brings out the best in all the players, and that was clear on the server. Let’s have a look at the highlights from the first day.

Day 1 was focused on the group stage and we saw some fantastic games being played. The teams were divided into 2 large groups by alternate seeding (1,3,5 etc in one group and 2,4,6 etc in the other). The day then consisted of a round-robin format that would then determine the seeding for the double-elimination bracket on day 2.

As expected we saw the first seed, Vexed, and the second seed, mixenergy, each top their groups. What wasn’t quite as expected was the dominant fashion they did it in. Both teams went a flawless 7-0. This bodes very well for both teams as they enter day 2 with what seems like very manageable runs. Both teams could play cat-related mixes in the second round of the upper-bracket to start day 2, with Vexed playing Meow 4 the Mandem (or TENSTAR Titan, but that’s not cat-themed) and mixenergy are playing Kittens. If all goes according to plan for them, the teams will meet in the upper bracket final.

That being said, the run for the top teams may not be as easy as the scorelines made it seem today. We saw both top teams have some really close matches. Some challengers definitely came close with Kittens taking vexed to a full 24 rounds losing a close 13-11 game. This for me was easily the highlight game of the day. It was constantly back and forth with close clutches and some tight thrifty rounds being all that separated the two teams.

Mixenergy were not immune from the challenge either as they had a couple of close matches. My personal favourite was their final game of the group stage against JOKERS. This strong mix boasts big names from within the UK scene as well as Acend analyst, La1KA, who is a more than capable player in his own right.

Whilst the top 4 seeds in each group finished in the top 4 positions, the order was definitely a surprise to some. We saw Bleak Midwinter (7th seed) and John Howard (8th seed) finish 2nd in their respective groups.

Bleak Midwinter is a standout team for their raw talent on their server, this young team are eager to prove the doubters wrong and show that they have the skills to go all the way. John Howard, on the other hand, are an older team, but that certainly works in their favour. This team oozes LAN experience and it’s clear that it certainly makes a difference. We even saw them defeat an impressive looking TENSTAR Titan team 13-1 as well as being one of the teams to go the distance against mixenergy. Definitely keep an eye on both of these teams heading into tomorrow as they have a lot of upset potential.

Day 1 was a treat and day 2 promises to be even better. Thankfully the double-bracket format means we won’t have to say goodbye to any team too quickly. However, all good things must come to an end. By the end of tomorrow, only 2 teams will be left standing, ready to face off in Sunday’s final on the big stage.

Will the dominance continue for vexed and mixenergy and we see a 1, 2 seed final?

Will we see an upset to put an end to their dominance?

Who can make the best lower-bracket run?

What flavour Monster will the shop have in stock?

We’ll find out the answers to these questions and more very, very soon.

Comments
Tim
-
Oct 30 at 6:07 AM
Love it!
Please login to leave a comment.
Login
Recent News