Bren Esports and Paper Rex will represent SEA in Berlin 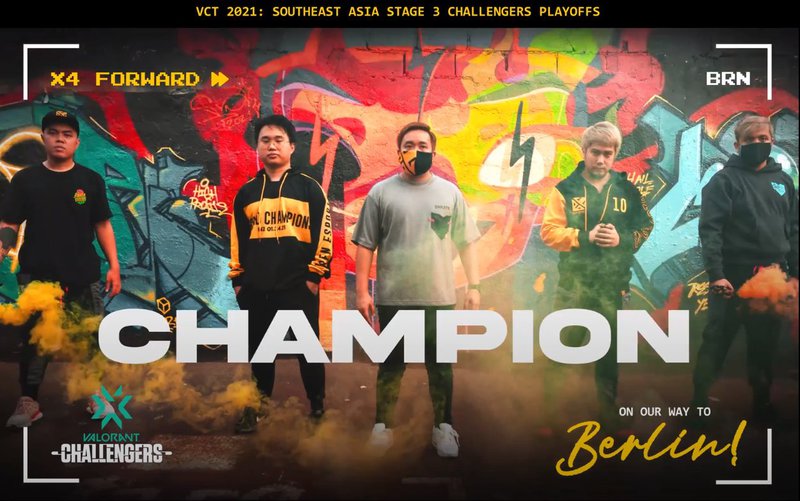 On Sunday, August 22nd, Bren Esports achieved a great  3:0 victory against Paper Rex in the champions Tour SEA Stage 3: Challengers Playoffs, as a result, Bren Esports will represent SEA in Valorant Masters Berlin, in addition to $25,000 USD in prize money.

Paper Rex the Singapore team will also be flying to Berlin following their 2nd place, in addition to $10,000 USD in prize money.

In the best of 5 match the selected maps were : bind, split, icebox, brezee, ascent.

On bind map, the first round took place and ended with a 16-14 win for Bren Esports.

The second round on split map ended with a 14-12 win for Bren Esports.

The last round on icebox map ended with a 13-6 win for Bren Esports.

Paper Rex said after the match :

“GG. Terrible showing from us today Frowning face GGWP to

@BrenEsports, they are the Kings of #SEA VALORANT right now!”

The rights of the picture used in this article go to Bren Esports.