New Teaser for Valorant’s Next Map 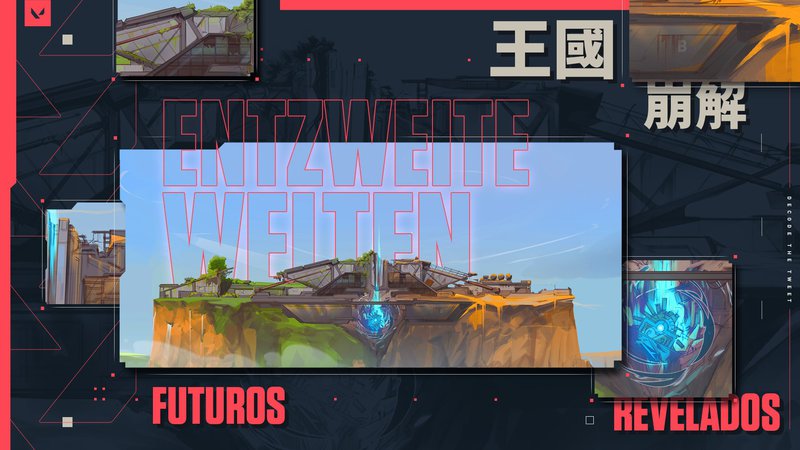 Riot Games just posted a teaser image which seems like it is Valorant’s next map. The image also contains cryptic text in different languages.
We have seen before that the new map has been hinted at many times, like when the players found multiple images hidden within the game files and social media posts over the past few weeks.

The teaser is confusing for sure, even that a part of the image has the letter “B” on it, maybe a hint that it is a close-up of the B site of Valorant’s next map.

Also, Cynprel said on his twitter account that “This flora doesn't quite resemble what we see on Breeze, which would be the assumption given the abundance. They look more fern-like.

-The Kingdom architecture is built into the land, which is not the case on Breeze.”
So Riot Games might be referencing a map that hasn’t been released yet.

Episode 3 Act 1 will end around 8th September, which is when Valorant’s next map is expected to get released.

It’s not official yet when the new map will be available, but with many of the teasers being released, maybe we will see the release date soon.

The rights of the picture used in this article go to VALORANT.