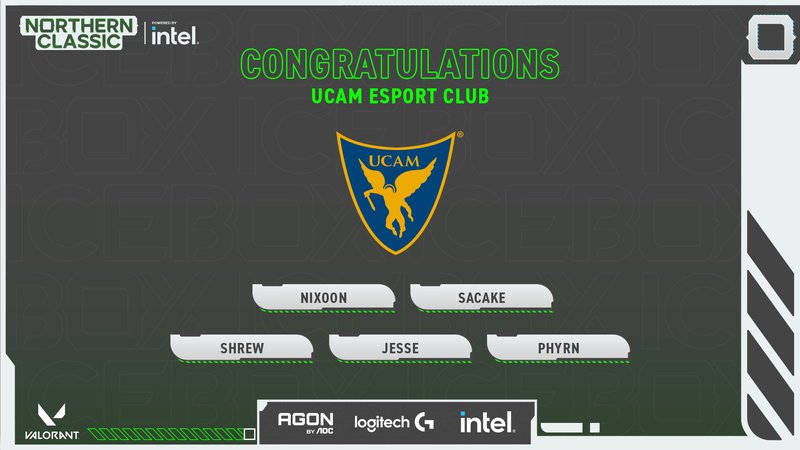 UCAM Esports Club won against KOVA in the grand-final of ICEBOX Northern Classic.

ICEBOX Northern Classic is the tournament for teams from the United Kingdom, Nordic countries and Ireland. 8 teams were divided into two groups of 4 teams, two best advance to the playoffs. From Group A, AXYBITE Esports and Rix.GG Thunder reached the playoffs, from Group B - KOVA and UCAM Esports Club.

The format of playoffs was double-elimination bracket. UCAM Esports Club  managed to secure the spot in the grand-final, beat AXYBITE Esports and KOVA. The latter defeated Rix.GG Thunder twice, and also reached the final.