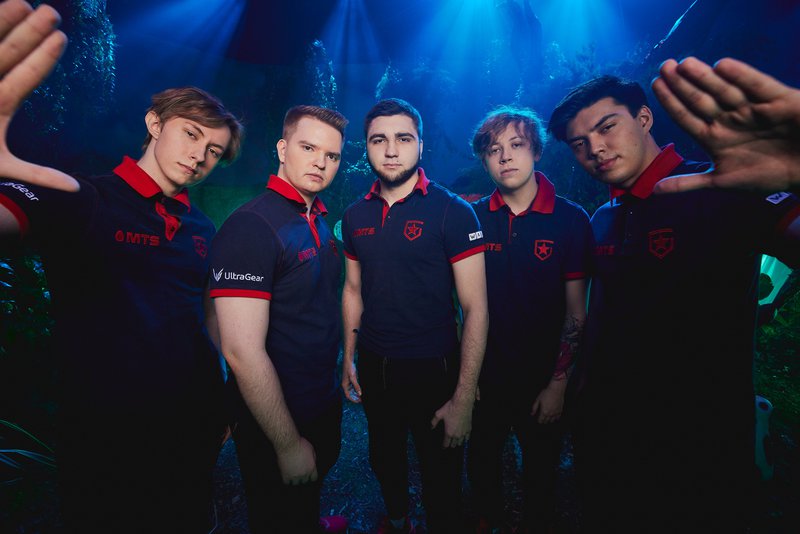 Another three matches took place today as part of the VALORANT Champions, let's talk about them. 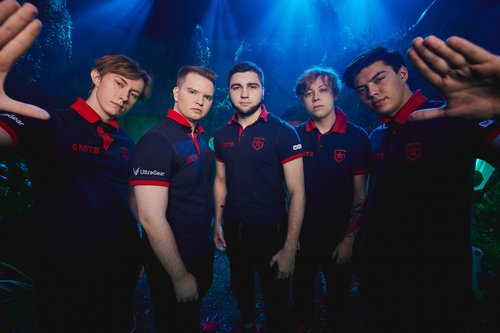 The first match started from Icebox, where Team Secret managed to win first three rounds. In response, Gambit won only one, Team Secret won again three in a row. Ace by Sheydos slightly corrected the course of events, and helped Gambit finish the first half 4:8.

The triple kill by d3ffo helped Gambit Esports won the second pistol round, but Team Secret were very convincing and finished the first map 13:6. 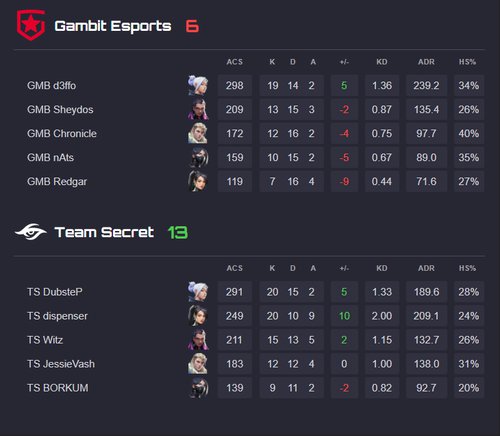 There is little to say about the second map. Gambit Esports simply destroyed their opponent on Breeze, 13:0. 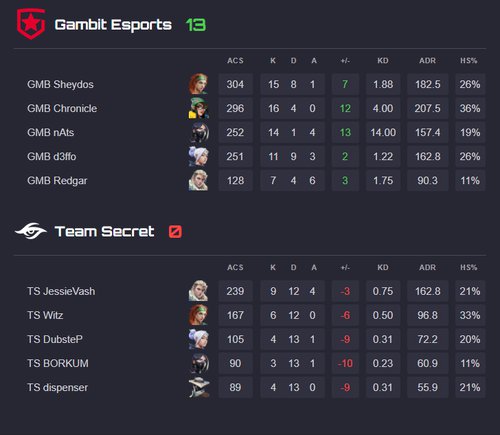 Team Secret cheerfully started on the decisive map, 4:2, but then Gambit leveled the game, and an insane clutch from Redgar helped them win the first half 7:5.

In response, BORKUM from Team Secret won the same clutch in the second pistol round, but after that Gambit showed prepared force-round, and took five rounds in a row, ended Bind 13:6. 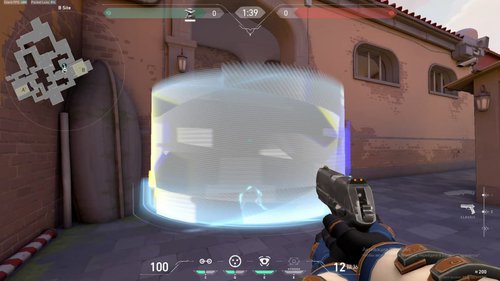 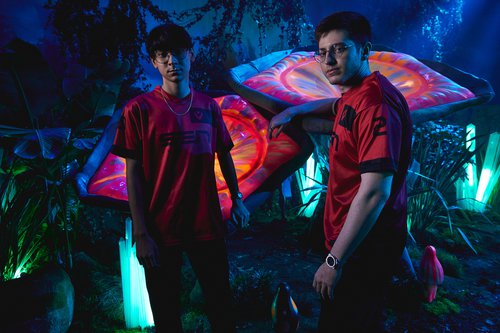 Another match today ended with a score of 2:1. FURIA had a brilliant start on Ascent, won first five rounds.

But after timeout, Sentinels were able to close the gap and ended the first half 6:6. The Brazilian team won the second pistol round, and round after that, but Sentinels attack was more solid that FURIA’s, which helped Shahzam and co won the first half 13:9. 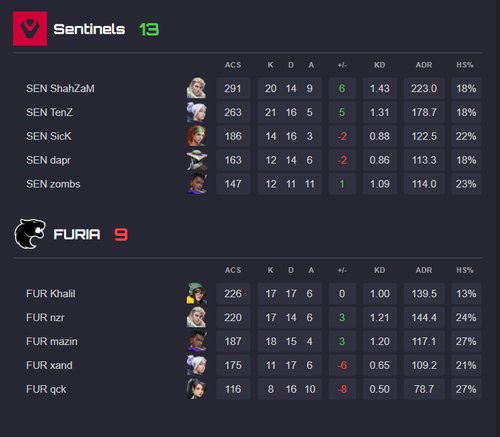 On the second map, Breeze, FURIA again showed the brilliant start, beat opponent 8:4. When the score was 4:10, Sentinels started to close the gap, and did it until 10:12. But after timeout, FURIA managed to defense A site, and tied the score in the match, 1:1. 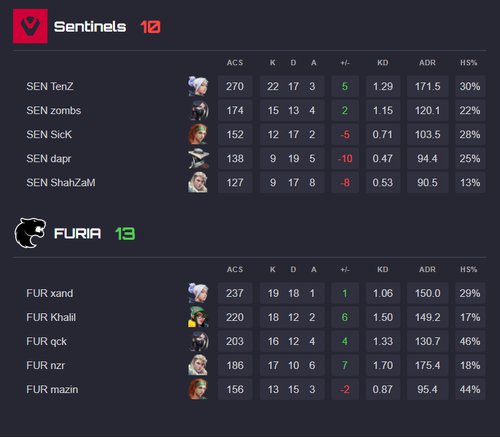 On the one hand, the third card came out tense. On the other hand, it is simple for Americans. They won the first half 9:3, then took the second pistol round and brought the score to 12:4. But FURIA showed character, playing five rounds.

But then there was a 15-minute pause, which unsettled the Brazilians, and after a pause, the Americans won the round and ended the match in their favor. 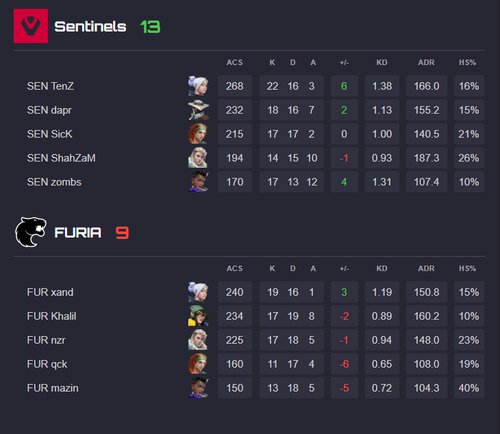 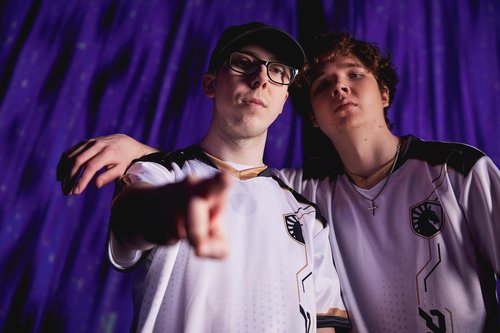 After Liquid's victory in the first two rounds in a row, KRU Esports after two clutches managed to win 3 rounds, and started to lead 3:2. But Team Liquid's defense was so cool, which helped them to end the first half 8:4. ScreaM and co easily closed the Haven, won 13:5. 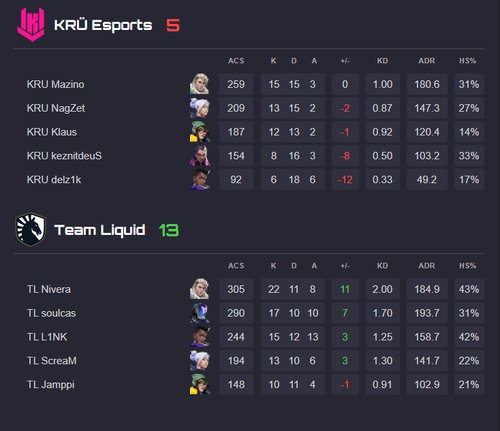 The same scenario was repeated in the first half of Ascent, where Liquid won 9:3. European team again won pistol round, but LATAM team managed to close the gap in the score, 7:10. Liquid won retake, on reply KRU won only one round. With a bad purchase, LATAM team couldn't win rounds, and lost the second map 8:13. 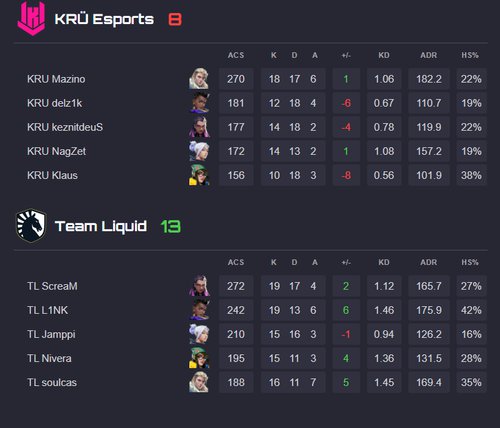