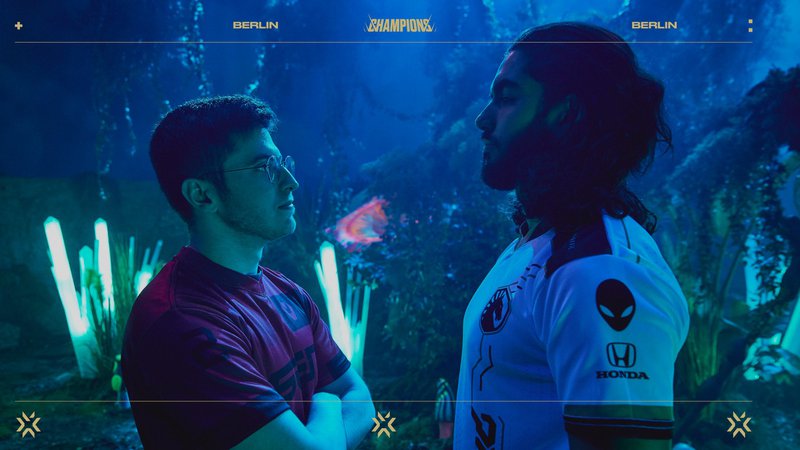 The fourth day of VALORANT Champions came out very spontaneous, unexpected and bright.

Let me remind you that a few hours before the start of the game day it became known that there would be no Group A match, so only two matches were played today.

Gambit came back from 6:12 on decisive map

The first match between Gambit and Team Vikings started from Split. There the Brazilian team had a good start, won the first four rounds. But after timeout, Gambit woke up and managed to win the first half 7:5.

In defense, the CIS giant looked more solid than their opponent, won Split 13:6. 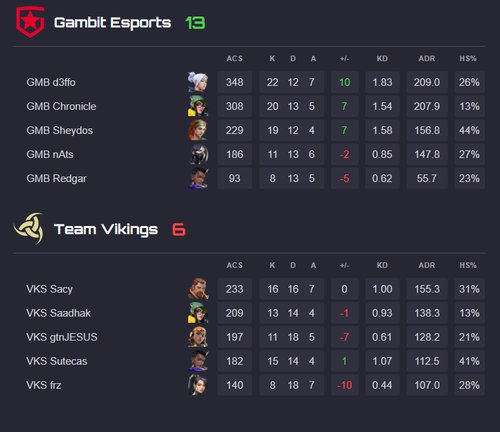 The second map came out completely the other way around. Already the Brazilians simply destroyed their rival at Bind, winning the second map 13:5. 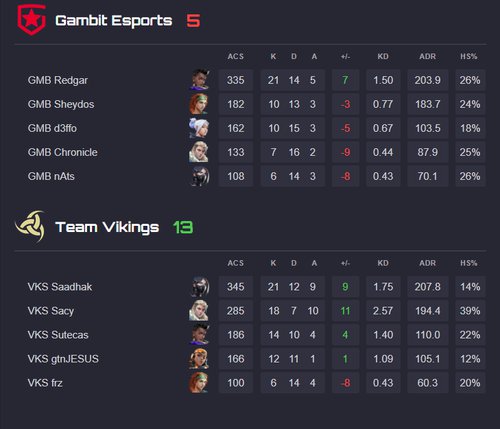 The third map came out just fabulous. Team Vikings again crushed their opponent during all Icebox, but Gambit had another plan.

They closed the gap from the score 6:12, and managed to win two rounds on overtimes. 14:12 in favor of Gambit, an offensive defeat for the Brazilians, and the team from Russia goes to the playoffs after Fnatic. 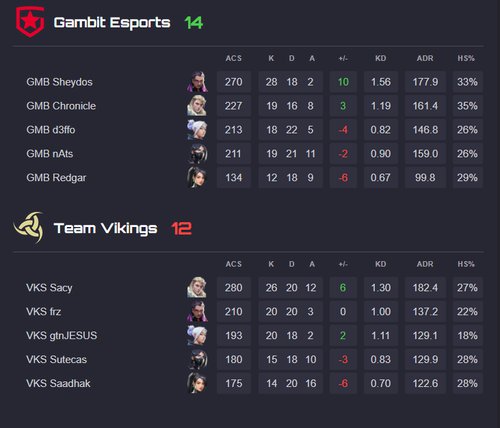 First, the Sentinels won 8:4, and then the Europeans responded in the second half. Moreover, they were leading at 12:10, but an incredible 1vs3 clutch by zombs thwarted their plans. 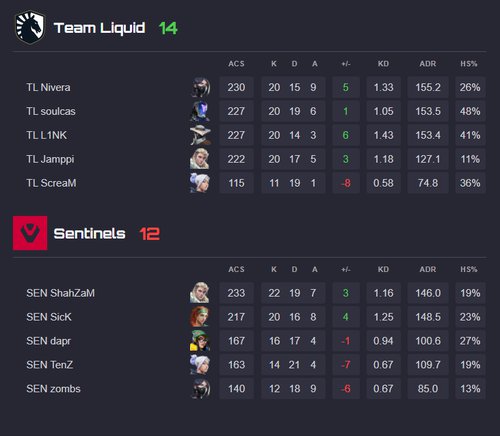 On the second map, it was as if only one team was playing - Sentinels. The Americans simply and easily managed to win their pick, Bind, 13:2. 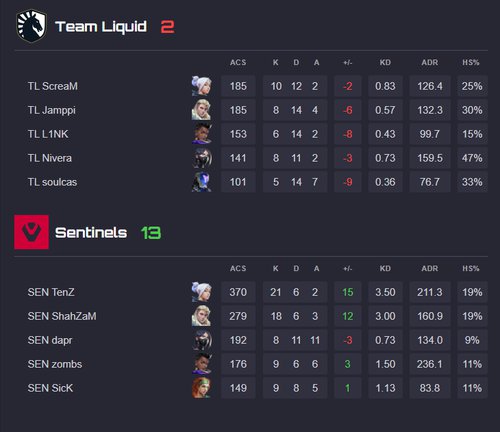 In the first half of the third map, the initiative was constantly changing hands. Either Liquid will win two rounds in a row, then Sentinels, in the end the half ended 6:6.

The same trend continued in the second half. This continued until the Sentinels' 8:10 score, when Team Liquid showed a brilliant attack on Split, winning five rounds in a row and ending the map at 13:10. 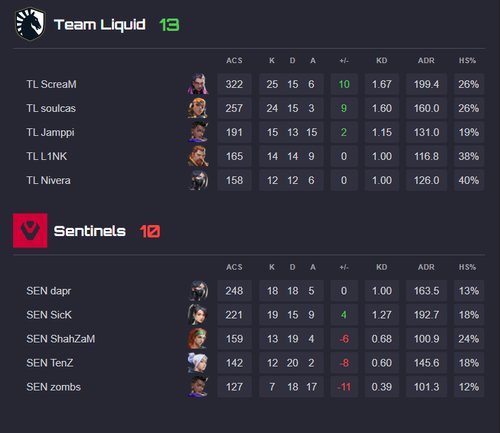 Tomorrow will be three matches, after which three teams will be eliminated from VALORANT Champions.