Carriço: The first question would be how did you get into esports?

Enrico: We go back to Overwatch because my background is Overwatch but low low tier. Because when my friend started to coach a team it was amateur so nothing professional. But he didn't have time to continue to coach the team, so he asked me “I know you have experience as a football coach so what do you think about starting to coach this team ?”, nothing hard or very anything, they weren't expecting a lot of strats just do something in your free time.

I was thinking well I never did something like this, but it's something strange I want to do it why not? I did eighth tears of football coach so why not? Maybe this is interesting to me. So I starred and after Overwatch I started in Valorant, because we are in June and there is a lockdown so I literally spent a lot of hours playing Valorant, watching Valorant.

Because to me, it was totally new the system of the 5v5 with the T-Side and CT-Side. It was totally different. I was thinking, okay the job of the coach I would like to continue, and I started to coach a team around Europe, it was more of a mix. So I started in Overwatch but I can definitely say I started entering Esports in Valorant, in the beta of Valorant.

Carriço: Why did you choose to become a Valorant Coach? Do you think having experience as a football coach helped you?

Enrico: For sure there was something that helped me. Of course, it's different because one is football and the other one is Esports but there are some similarities. If there is some potential, or if there is something that its missing, like “ why you didn't do this rotation?”, “ Why did we have this reaction?”, to me it was natural, not easy but of course, I can see different mistakes, because also as a football coach there were different mistakes and yeah it was a little bit the same.

Carriço: Can you talk a little bit about your path in VALORANT before joining Dsyre?

Enrico: I joined Dsyre officially at the end of December star of January. Before I was the head coach for Futbolist, a Turkish team, and I really like to tell when someone asks me “what's your background in Valorant?”, “ How did you start?”, I started in the last days of May, because before I wasn't paid, it was not professional at all, so I was close to quitting Valorant because if I don't get paid why should I continue?

But I contacted Futbolist because I saw they were looking for a coach, I started the trial, everything went god, because you know when you move to a level and after you move to a different level of the professional scene it was totally different, and I really feel in love with them.

Carriço: For those who might not be very familiarized with the coach position, what is the job of a coach?

Enrico: Probably every single coach will have a different viewpoint, because some prefer to give priority to the chemistry, to the relationship, to build a relationship. Others maybe are more methodical, it's totally different, because in every team you will play and you will talk with humans, so everything can change.

I remember that in the beginning I was, not like a robot but super methodical, super focused on the inside stuff of Valorant. But after I realized that maybe i don't need to coach like a robot i should start to understand the players better. I am not going to lie I still must find the balance because it's not easy.

Probably this is my biggest weakness, I'm too focused on the strats, and the setups, and I don't give priority to the relationship with the players, but I'm working on this point, and also the players help me a lot. You know when you have to work alone, to play alone you don't have constant feedback, But now with the players, with very different players I can definitely say I'm starting to improve on this point.

Carriço: What is your day-to-day like? Can you describe your daily routine?

Enrico: I wake up at 8 Am, then I go to the gym because it's a really important part of my routine. I need to spend my stress, I need to feel well with my body, and with my mind. I think the gym helped me a lot and will continue to help me a lot.

Also, we start to scrim usually around 2 PM, the are other days where we start around 11 AM with the offline. It depends on the players because maybe someone has some appointment or issues where he cants join early.

But yeah usually we start with one or two hours of VODS review. We discuss about what was good in the last scrim, the scrim of the day before, and then we start the scrims, we do a 2+2. So two hours of scrims, then one hour of practice offline or vods review, then we stop one hour, and after another two or three hours of scrims, and this is the routine I'm doing now.

Carriço: How do you prepare for opponents in general? What is your preparation method?

Enrico: Yes. I'm not going to lie, my background was versus top-tier teams in Europe. Because with Futbolist  we played the Last Chance Qualifier, so I was thinking when I was preparing for the VRLDch, “ ok I need to study the enemy, to scout the enemy, study their default, understand their playstyle” but definitely no, because right now we are a new team and we cant spend the focus on studying the enemy, trying to counter strat, if we don't have a clear plan.

If we are not clean in our rotations and communication, why should we focus on countering the enemies? It would be a double mistake. So right now I totally dropped the focus of counter strating the enemy, studying the enemy, because I have an analyst and I even said to him, right now you must be more assistant coach than an analyst because we must work on our stuff. After we can study the opponent.

Carriço: How would you evaluate your performance in the DACH VRL?

Enrico: The best of two honestly is not the best format but from this side, we were lucky because there was a different VRL where the format was horrible in my opinion.

The best of two is fine because you have the chance to show what you are able to do on your map, and at the same time you are forced to play the best map of the enemy. So we started with a 1-1, we could have won we could have lost, it doesn't matter since the problem started at the end.

In general, we won versus MOuz, and honestly, that performance was really good. But on the other end, we lost versus, with full respect, but I don't think the last two teams manly Ovation, they deserved to win for sure in that match, but on paper, we were better in my opinion.

So yeah there were some highs, some lows, but in general, I'm not satisfied because my standards are higher.

Carriço: Would you prefer to have a best of three system for the next season?

Enrico: Yes. The best of one is too much random, as you said in Spain there is the best of one and I'm pretty sure a team like Heretics if they had the chance to play two or three maps, for sure the results would have been different in the leaderboard. Maybe not full different but I'm pretty sure some teams have more chances to show what is their potential in the VRL. So yeah I prefer the best of three definitely.

Carriço: How would you describe your game style?

Enrico: This is a problem. I will explain to you why. My game plan is not solid but it is clear. I say to the player what I would like, but after two matches of the VRL we understand that we can't play like this.

So we had to adapt our gaem plan, and now it's more a reaction game plan. Not methodical but find the aim fight, because I think we are one of the best teams when it comes to aiming. We have a lack in the team play, but if we take every single player with aim I think we are on point. So we decided to have a more freedom playstyle. With more 1v1 situcaions.

Enrico: Win the VRL Dach.In the second split, we want to win the VRL Dach, and start to win and compete at the higher level. The goal is to reach and play in every split in the VCT. Of course, this requires a lot of time, we need to understand fas what are the mistakes, how the fix the mistakes, but ti really like the project and this is why I decided to join Dsyre.

Carriço: What are your goals as a coach for this year?

Enrico: For this year it's for sure, prove to me first that I am able to compete at the highest level possible. Because I started as a no-name the last year. I had zero achievements, weak background, just an amateur, and now I'm here so I really like what Im building, but for sure this is the year that I need to prove to myself first that ti can compete as a coach in the tier 1 level. I really want to win and compete.

Carriço: Is there anything else you want to say to the Dsyre fans?

Enrico: For the upcoming Split I promise you we aim to try to win at least, and try to compete for the only slot for the VRL Dach. So support us, cheer for us and follow Dsyre because it's a big organization, and I think Dsyre deserves every single follower.

Copenhagen to host Masters 2; Istanbul - Champions 2022
Riot have announced the names of two city, which will host next international events within VCT 2022. 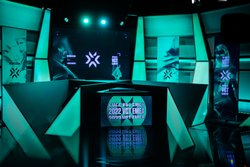 VCT North America Stage 2: Challengers Overview
The biggest professional Valorant competition in North America is back and we have everything you need to know about the event.
12/05/2022
2166 Views