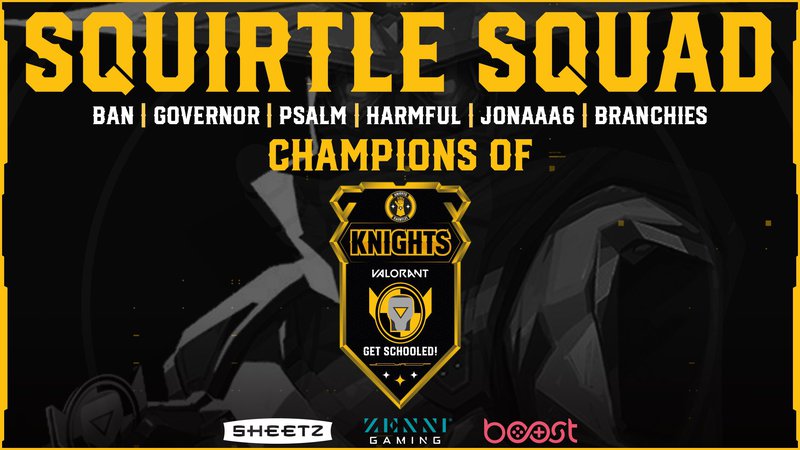 Squirtle Squad won against Complexity 2:0 in the grand-final of Pittsburgh Knights Monthly Gauntlet - August. On the way to the final, Squirtle Squad won against Teal Seam (2:0), DIVIZE (2:0) and Pittsburgh Knights (2:1). Complexity became their rival in the final. Those in turn, on the way to the final, beat Chobome Esports (2:0), Time Out (2:0) and The Mafia (2:1).

Map one was set to be Icebox, where Complexity won two first rounds. But then Squirtle Squad manage to crush the opponent, leading 9:3 after the first half. It was not difficult for Squirtle Squad to complete the map in their favor, they won Icebox 13:6.

Squirtle Squad continued to dominate on Ascent, winning the first half 8:4. But this time Complexity managed to close the gap, and had the chance to win the map. But they did not take advantage of it, losing the second map 11:13 and, in fact, this final.

Shahzam affirms he found out Sentinels dropped him through leaks
The IGL of the North American team, Sentinels, Shahzeb "ShahZaM" Khan found out that he wasn't going to be on the team for next season right during the Twitch broadcast via a leak.
06/10/2022
1132 Views