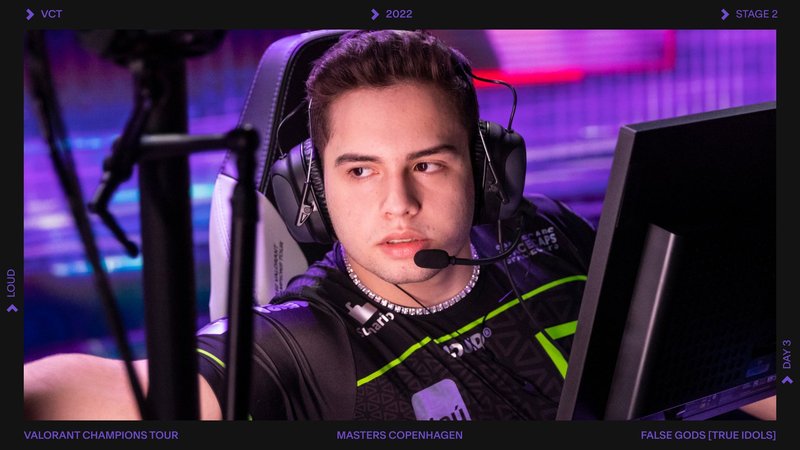 Day three of Masters Copenhagen 2022 is finished and we got the first two teams from the group stage, who left the tournament.

The winners' bracket match in group B between FunPlus Phoenix and DRX opened the third game day of Masters Copenhagen. The match started on Haven, where DRX caught enemies by mistake and took the pistol round. But in reply, FPX made the same trick and tied the score.

After that, in turn, the teams exchanged the series for three rounds in a row. But in the end, DRX looked more solid and ended the half with a score of 7:5.

In the second half, we saw the ultimate defense side by FPX. They lost only one round, in reply won eight and took the first map. Of course, thanks to Shao clutch 1v2, when the score was only 7:7.

Despite the losing pistol and eco at the beginning of Fracture, DRX just smashed FPX on the offensive side with a score of 9:3.

FPX tried to repeat the enemy's way in the second half, but DRX was prepared for that and showed stable defense, which help them to win the second map, 13:6.

The same situation happened on Breeze. FPX won the first two rounds and after that DRX took a huge streak of rounds, and won the half 9:3.

FPX again had a chance to solve the problem and made the situation better, but didn't allow the opponent to do that, and won Breeze, and the whole match as a result.

The first elimination match within Masters in Copenhagen was played between XERXIA and NORTHEMPTION. The Japanese team had an optimistic start in the first map, Split, but XERXIA quickly spoiled their spirits.

NORTHEMPTION managed to decrease the distance and tied the score, but after a timeout, XERXIA were able to return the lead in the game. As a result, Surf has to lead the team to victory on Split with a score of 13:9.

The team from Japan replicated the success of DRX on Haven. They lost the pistol round, and the second one, but after that, NORTHEMPTION won eight in a row, which helped them to win the first half.

They continued to dominate on the map in the second half, as a result, won the map with a score of 13:9, and transferred the game into the decider, Bind.

The third map was a thriller. The whole game was equal. When XERXIA were in lead, NORTHEMPTION closed the distance and vice versa. All this led to overtime.

The culmination was exciting. XERXIA won the first, but the Japanese team again tied, and after that, won two in a row to win the Bind 13:5, and as a result, the whole series 2:1.

Noone expected before the tournament that the finalists of previous Masters, will play the elimination match between each other in a group stage the next. But it's what it is, and we watched a thriller between LOUD and OpTic.

The all started from Ascent, where OpTic took the early lead 4:1.

But LOUD managed to win five rounds in a row, and the first half ended 6:6. The Brazilian defense was better than NA's, because LOUD lost only two rounds, in reply, they won seven to win the first map.

On Fracture, OpTic proved why they won Masters in Iceland. Their game on their own pick was very confident. 13:8, and the game was transferred to the decider map, Split.

The drama continued on Split. LOUD took the early lead and had an initiative in their hands all game. But after only one timeout when the score was 6:10, OpTic closed the distance and had the lead, 12:12. The last round, 24th, was intensive. LOUD made an open kill, and planted the spike on A. After that, OpTic started to make a great retake, but pancada clutch 1v2 interrupt them, and the went to overtime.

OpTic finally managed to win the important rounds to win the Split 14:12, and stayed alive.