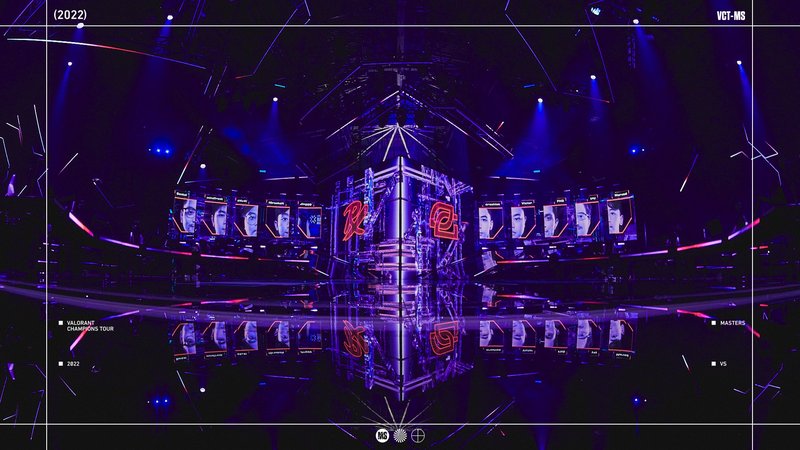 On Day 10 of Masters Copenhagen, we had the first international games held with a crowd, we discovered the first Grand Final participant and the two teams that will face in the Lower Final tomorrow.

Without further ado, let's get right into the recap of the two great series that took place today. 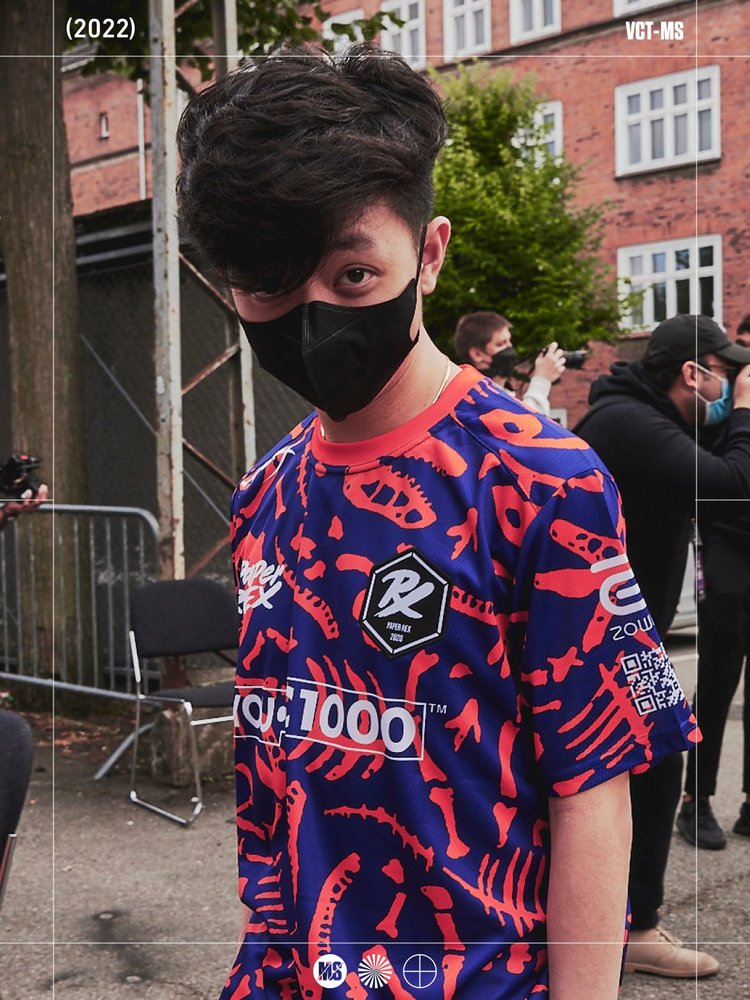 In the first series of the day, the reigning Masters champion OpTic Gaming faced the APAC super team Paper Rex.

Fracture would be the decisive map if necessary.

yay started off Heaven really strong helping OpTic Gaming win the pistol round and also convert the eco round.

But in the gun rounds, Paper Rex was dominating.

The APAC champions were finding early entry kills, and f0rsakeN was finding huge impact with his lurks, catching OpTic Gaming players off guard, and sometimes just taking control of a site by himself.

All this combined led to Paper Rex going on a five-round win streak and taking control of the map.

After a timeout from OpTic Gaming, the North American side was able to get back on the board, wining.

But Paper Rex wasn't going to let OpTic Gaming get back into the game, and with some great A-side executions, and f0rsakeN  continuing to find great timings on his lurkers, the APAC champions closed the half 9-3 in their favor.

In the second half, the dominance from Paper Rex continued and the Singaporian squad closed out the map 13-3, taking the series lead after a fantastic performance on their opponent's map pick.

This is probably Paper Rex best map, so most people were expecting another dominant performance from the APAC champions.

However, they didn't run the double duelist like they normally always do.

OpTic Gaming needed a good start on their defensive side, and well it's safe to say they got it.

They secured the pistol and eco round, but it didn't stop there.

It seemed like OpTic Gaming was determined to show Paper Rex they can also show the same level of dominance the Thai team showed on Haven.

With yay playing at an insane level, and OpTic Gaming defensive setups also being very strong, the North American side took a commanding 7-0 lead.

After a timeout Paper Rex was able to adjust and finally get on the board.

The Singaporean team actually managed to win three rounds in a row, cutting the lead and making it possible to still l reach a 7-5 half which wasn't that bad.

But OpTic Gaming finished the half strongly and was headed into the second half with a 9-3 lead.

Wining this pistol round was crucial for Paper Rex, but yay made sure OpTic Gaming secured the pistol round with three kills and won the 1v1 clutch.

When it seemed that OpTic Gaming was in full control of the game, Paper Rex managed to win the eco round and dealt a massive blow to OpTic Gaming economy.

Optic Gaming responded with two-round gun wins and was now on match point.

Despite being with their backs against the wall, Paper Rex managed to win four rounds in a row and close the gap to 12-9.

The possibility of overtime was very real but OpTic Gaming wasn't going to let that happen.

With a great A site execute the North American squad closed out the map 13-9 and we here heading into Fracture.

It was Paper Rex that got started with the pistol round and eco round win on their defensive side.

But it did take long until OpTic Gaming answered back with three straight rounds.

Despite that Paper Rex was still in control of the game. Their defensive setups where giving a lot of headaches to the OpTic Gaming players, and the way they were playing the retakes was fantastic.

Paper Rex ended the half with seven straight rounds, showing that their defensive side in Fractur is one of the best in the world.

With a 9-3 lead it seemed like Paper Rex was destined to win this series and move into the Grand Final.

The second half proved just that, despite OpTic Gaming winning the first two rounds of the half, Paper Rex was quick to take back control of the game and went on a four-round win streak to close out the map.

Fracture ended 13-5 in favor of the APAC champions, and for the first time, ever Paper Rex reached the Grand Final of an international event.

As for OpTic Gaming, they will play in the lower bracket Final, for a second chance to qualify for the Grand Final. 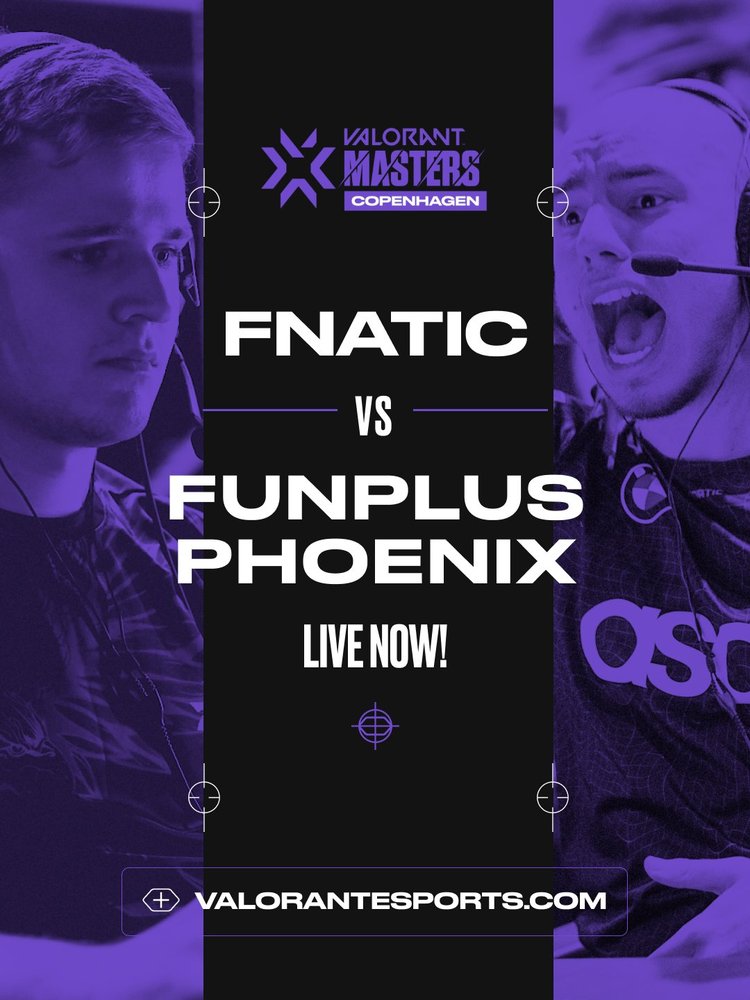 For the fifth time in this Stage 2 EMEA champions Fnatic and FunPlus Phoenix faced each other, this time with their dream of achieving international glory on the line.

The decider map would be Fracture if necessary.

Starting on the attacking side, FunPlus Phoenix won the pistol round, the eco round and also managed to secure the bonus round.

The EMEA vice champions couldn't ask for a better start.

In round four Fnatic was finally able to get on the scoreboard. With a great round from Boaster.

Fnatic was able to cut the lead to 4-3 but was never able to fully control the game.

FunPlus Phoenix defensive side was really strong, especially because SUYGETSU was having an MVP performance, anchoring the bombsites and making it very hard for Fnatic to enter the site where he was playing.

The squad went on to win four of the last five rounds in the first half, heading into the second half with an 8-4 lead, which is amazing if you take into account they were on the attacking side on Split.

Winning the pistol round was crucial for Fnatic to at least have a chance to get back into the map.

The EMEA champions did even better by winning the first three rounds of the half, with some great A site executions, Derke entry kills, and impactful kills in general.

After a timeout, FunPlus Phoenix defensive adjustments resulted, with the squad winning four of the next five rounds, and securing match point.

Things didn't look good for Fnatic. Being down 12-9 on the attacking side of Split the EMEA champions were going to need some magic moments.

And Fnatic players answered the call, with Enzo, and Derke hitting clutch shots and dragging the team to overtime.

In overtime, Enzo once again came up clutch giving Fnatic the opportunity to close out the map.

It wasn't in the first overtime but in the second one Fnatic once again won the first round and this time was able to close the match.

With a great comeback, Fnatic defeated FunPlus Phoenix 15-13 and was in the driver's seat of the series.

Once again FunPlus Phoenix had a hot start, getting off to a 4-0 lead on the defensive side.

Fnatic managed to get on the board in the fifth round, with some great shots by Derke and Mistic.

The teams traded rounds back and forth for the remaining of the first half, with FunPlus Phoenix leading 7-5 going into the second half.

In the second half, we once again saw FunPlus Phoenix star really strong.

They secured the pistol and eco round, and once again managed to win the bonus round, which was huge for their economy.

FunPlus Phoenix was in firm control of the game, their individuals were stepping up, and their utility usage was also on point.

Fnatic still managed to cut the lead but it was too little too late, and this time FunPlus Phoenix didn't let their opponents come back into the game closing the match 13-7.

While Fnatic had to sweet to win Split, FunPlus Phoenix won Bind in a very convincing way.

Lo and behold it was exactly what happened, FunPlus Phoenix once again won the bonus round, for the fifth time in this series.

The dominance of FunPlus Phoenix continued, ardiis was having a great game, and

SUYGETSU continued to play at an MVP level.
The defensive setups FunPlus Phoenix was showing were very good, and the retakes were also on point, with the flanks from the FunPlus Phoenix players making the difference.
Fnatic still showed some signs of life, but only winning three rounds in the first half could prove to be their demise.
In the second half, Fnatic won the pistol round, and also converted the bonus round.
Some signs of hope were starting to appear but FunPlus Phoenix made sure to shut that down really quickly.
As usual in this series, FunPlus Phoenix converted the bonus round and eventually close out the map 13-5.
For the first time in this Stage FunPlus Phoenix defeated Fnatic and advanced to face OpTic Gaming in the Lower Final.
As for Fnatic, their tournament journey ends here.
FunPlus Phoenix will face OpTic Gaming in the Lower Final tomorrow at 5 PM CEST.
Comments
No comments yet
Please login to leave a comment.
Login
Recent News