All About VALORANT Champions Tour 2023 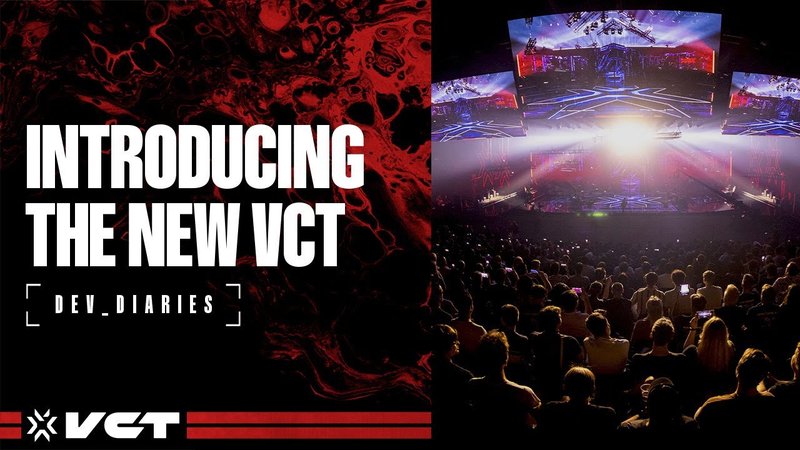 They plan to introduce a new VCT with new leagues, international events, and partners! So hang around in this article where we will discuss the format of the Valorant Champions Tour (VCT) 2023!

The next VCT will feature a change in format, featuring three new international leagues in which only selected partner teams can compete. This means that we will see a lot of teams compete with other international teams in the regular season, unlike the current format where we only see international competition in bigger events like Masters and Champions.

Normally, the VCT operates two international league splits each season. But this time, instead of the regular first league split, Riot Games will start the next season with a large international Kickoff Tournament. 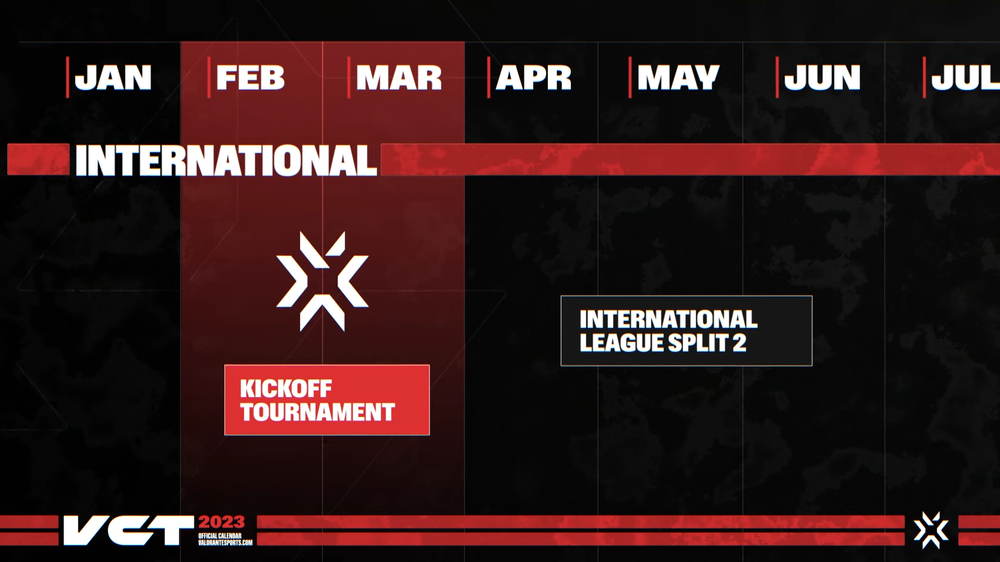 In this kickoff tournament, every partnered team will be invited to Sao Paulo, Brazil, for a tournament that will last three weeks! This high-stakes competition will give us a chance to see meet the new teams and rosters that will be competing in VCT 2023!

The team who places first in the Kickoff Tournament will earn their league an extra slot at VCT Masters Stage!

After the kickoff tournament, the first competitive split of the year will take place in EMEA, the Pacific, and the Americas in the three cities; Los Angeles, Berlin, and Seoul. These will be weekly tournaments that will be held on LAN. 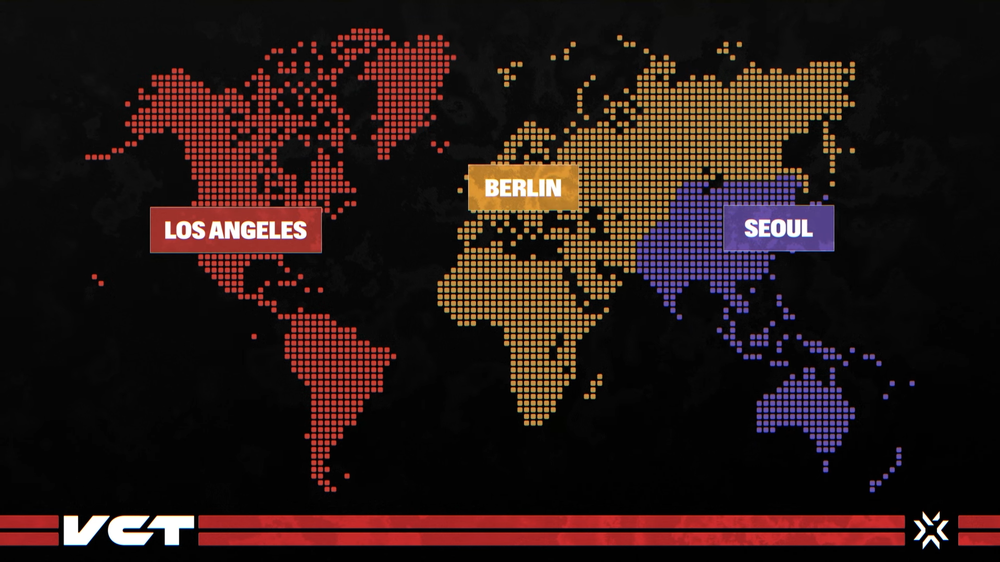 And since Riot Games want to have a more global outreach to meet the rising demand for Valorant content all around the world, each location will have deep support and on-site casters providing coverage in multiple languages for fans across the globe!

“The Valorant community’s passion inspired us to dream big and evolve the Valorant Champions Tour to meet the overwhelming demand we’re seeing in every corner of the world. In 2023, we’re taking everything we’ve learned, adding in new ideas, and forming partnerships that will help us realize our dreams for the next edition of the VCT.” - Whalen Rozelle, COO, Riot Games Esports.

Masters being the second international event of the year will return in June, and will feature the top teams from each international league! And all the top teams in Masters from all regions will be rewarded with a direct invitation to VCT 2023 Champions! 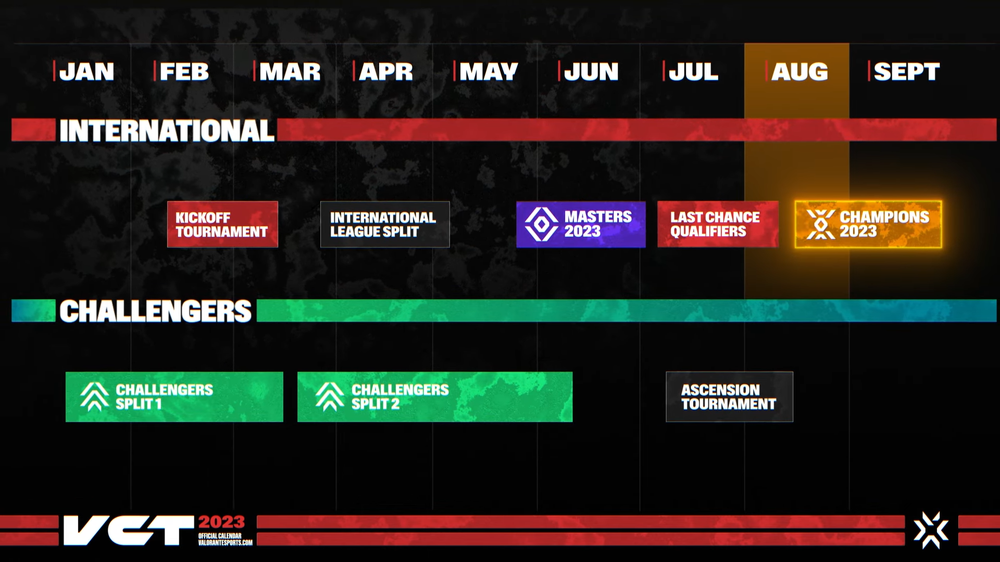 Last Chance Qualifiers will see a return in July. This will give the top-performing teams who haven’t managed to qualify for the main “Champions” event, one last chance to earn an invitation to the Champions tournament.

There will be a Last Chance Qualifier in each of the three regions, and one team will qualify from each LCQ for the Champions.

The brand new Challengers Circuit will also take place throughout the year alongside VCT. It will consist of two splits, the first will take place in January while the second one will be in March.

These tournaments will see the best teams from over twenty different Challenger Leagues fight it out on LAN to have a chance at promoting into the international leagues. 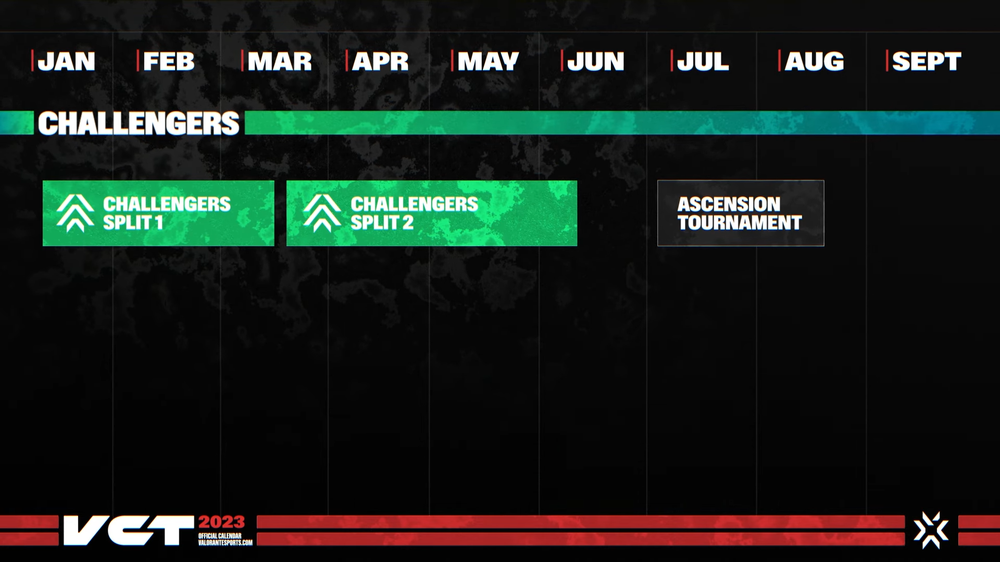 The Challengers circuit will conclude with the Ascension Tournament which will debut in July. This will allow teams with a path to qualify for international competition for the VCT 2024 season.

“After an inaugural season full of new changes and new events – the mission becomes critically simple, Secure the Champions cup and write your name into the history books!”