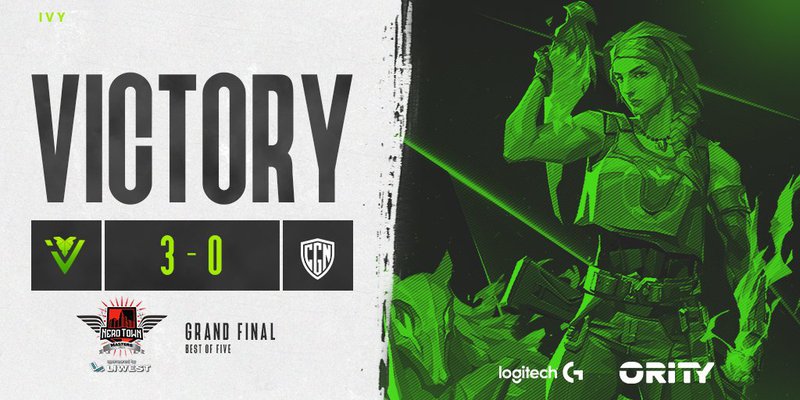 IVY became the champions of Nerd Town Masters 2021 after defeating CGN Esports 3:0 in the grand-final. Grand-final was bo5 and played offline in Wels, Austria.

On the first map, CGN Esports showed a confident play, leading after first half 8:4. They managed to win two more rounds in the beginning of the second half, victory was already in their hands. But IVY showed willpower, made a brilliant comeback, won Haven 13:11.

IVY showed a more confident play on the second map, Bind. They crushed CGN Esports 13:7, and already lead 2:0. The third map turned out to be as tense as the first. IVY was able to win the first half 7:5, but allowed the opponent to close the gap 9:9. Thanks to an incredible performance on Jett by WorldEdit, IVY snatched victory 13:11 on the third map, and became the champions of Nerd Town Masters 2021.