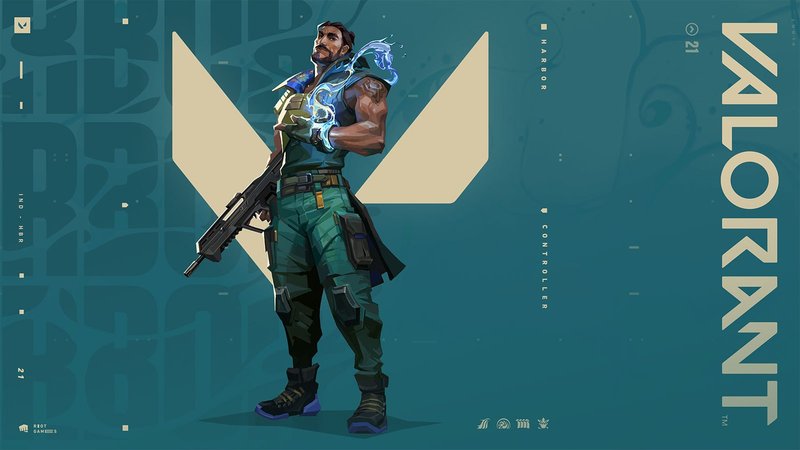 Just a few weeks passed since Harbor appeared in VALORANT. This is a new agent from India. His role is Controller. But already, players have encountered one bug, because of which they had to remove Harbor from the game.

VALORANT players noticed a problem with Harbor: his ultimate is causing incredible lag spikes. It turned out that gamers would not only be hit by stun after stun but would be lagging in the process. This needed to be fixed as quickly as possible and Riot Games responded quickly enough.

The VALORANT developers announced that they are "disabling the Agent in Competitive queue, for now."

Riot Games did not announce the exact date of Harbor's return to the game. It will most likely take some time, perhaps a few days.

What makes Harbor unique is that, at this point, he is not a super meth agent. Although with all the previous agents, such as Chamber and Fade, it was a different situation. They were too strong, and the next patches cut them down.

This is not the first time in the history of VALORANT that the developers have removed an agent from the game for a while. Players who used Omen uncovered a glitch allowing him to get through certain walls in 2020. Then Riot Games did the same thing as now: removed the agent for a while, fixed the bug, and Omen returned to VALORANT.

We can only hope that Harbor returns to the game as soon as possible.