Get Free Rewards By Linking Xbox Profile to Riot Account 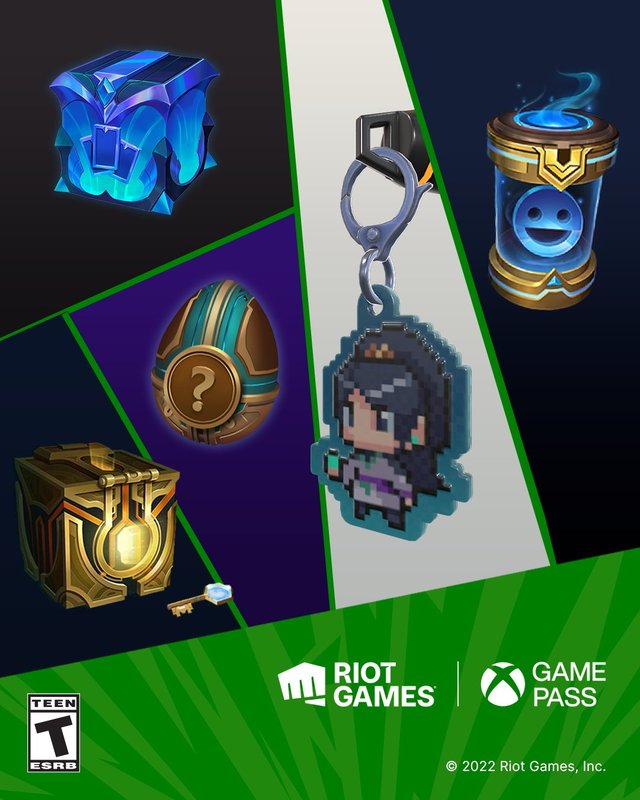 Riot Games and Xbox join forces in a partnership that welcomes Riot’s biggest titles to Xbox Game Pass. As two of the most passionate gaming communities in the world come together, we’re excited to share our love of player-focused competitive games with Xbox players. In a first for Game Pass, our partnership extends beyond PC to include Riot’s mobile-only and mobile-accessible titles.

For a limited time, players linking an Xbox profile to a Riot Account will also receive extra in-game rewards (available December 8, 2022 until January 1, 2023):

Get extra in-game rewards just for linking your Xbox account!

Calling all early birds! Link your Xbox profile to your Riot Account between December 8 and January 1, 2023, and you'll get these in-game rewards—even if you don't have a Game Pass!

Linking your Xbox profile to your Riot Account is just a few clicks away:

That’s it! You should see a success message that your account is connected with Xbox.

When do Game Pass benefits begin?

After you link your Riot Account to an Xbox profile with an active Game Pass:

Until then, take a look at which Game Pass Benefits await you!