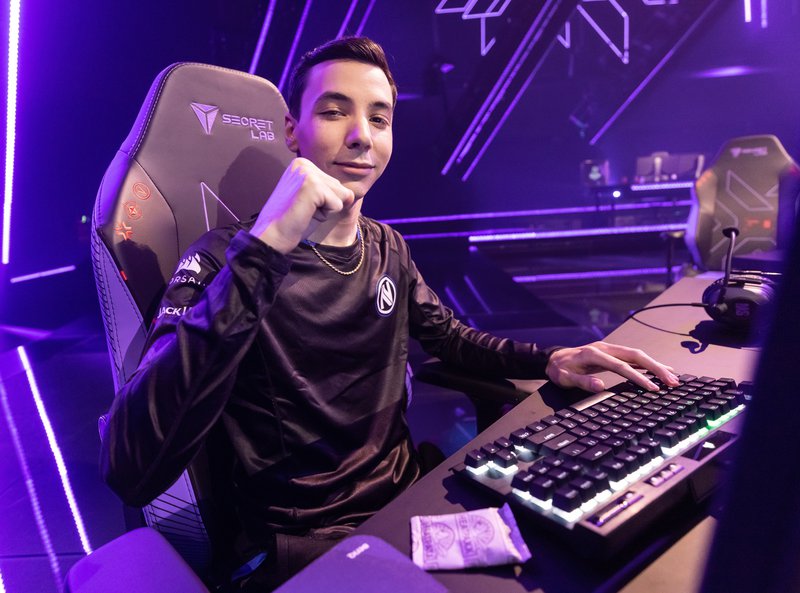 The second day of Master Berlin followed the trend of the first one, with good matches some impressive moments, and the favorites coming out on top.

Vision Strikers sweat to beat Paper Rex and advance to the winner bracket of group A.

In the first match of the day South Korean champions, Vision Strikers faced off against Paper Rex the SEA second place representatives, with Vision Strikers coming into the series as the heavy favorites and seen as one of the best teams in the tournament.

And they quickly proved why they were seen as the favorites in this matchup, on the first map of the series, Haven, Vision Strikers put on an impressive attacking side and were always in control of the game in the first half, Paper Rex still managed to put some round on the score but the way in which Vision Strikes was playing their Attacking side, adapting well trough every situation the faced and with some great mid-round decisions and plays left Paper Rex with no answers to how to stop the South Korean first seed overwhelming offense with the half ending 8-4 in favor of Vision Strikes.

In the second half despite losing the pistol round Paper Rex was able to find some success wining their eco round and were able to string four rounds in a row and coming back into the game, f0rsaken on his jet was a major factor in allowing Paper Rex to recover from their first half and closing the gap to only one round difference 9-8, however, Vision Strikers were able to find their ground and found an answer to forsaken jet, they won five of the last four rounds and took the first map 13-9, closer than what most people expected but still a game that Vision Strikers seemed to be in control for most of the time.

King was the best player for Vision Strikers ending the first match with 275 ACS and 22 kills with is Killjoy, helping his team claiming the advantage in the series.

Game 2 told a different story, on Icebox Paper Rex came out swinging in their attacking side, they went on a 6-0  run to start the map not allowing Vision Strikers to even think of playing Valorant, once again f0rsaken was the key player for the team, with Vision Strikers only being able to get on the scoreboard on the 7 round, Paper Rex was able to close the first half 9-3 and was close to forcing a third and decisive game.

The second half started the same way the first one did, but this time it was Vision Strikers that went pedal to the metal and showed once again they have an amazing Attacking side, the use of their utility as well as their firepower allowed the South Korean team to embark on a six-round winning streak tying up the game at 9-9.

Vision Strikers went on to do want most thought impossible at half-time and won the map 13-11 and took the series 2-0, two much closer maps thann most people were expecting but Vision Strikers still managed to show why they were considered favorites and advanced to the upper bracket.

However, we still have to give a round of applauses to Paper Rex especially to f0rsaken who had an incredible series and was one of the main reasons both maps were so close, despite losing 2-0 the team showed they can hang on with the best, they will now play for their tournament live in the lower bracket.

Gambit steamrolls over Crazy Raccoon and will meet 100 Thieves in the winner’s match.

Bind was the first map of this series and it didn’t take long to understand that Gambit didn’t come here to play, the EMEA champions had a great performance on their attacking side showing pure dominance over Crazy Raccoon, even when the Japanese team had a numbers advantage Gambit was quick to turn the table in their favor and take the round win, they ended the first half 11-1 never taking their foot off the pedal and showing absolute dominance over their opponents.

They ended up closing the map 13-1, with that being the most dominant performance so far in the tournament making it 1-0 in their favor, with nAts being awarded player off the game for the CIS squad.

On the second map, we had a repeat of the events that unfolded on the first map, Gambit came out strong not giving a chance for Crazy Raccoon to even think of playing Valorant, the CIS squad is just on another level and there was nothing Crazy Raccoon could do to slow them down, they took the game once again 13-1 and will advance to face 100 Thieves.

In the third and last match of the day, we had Brazilian champions Vivo Keyd vs Envy the third seed from North America, with Envy coming into the series as the favorites but with some people giving Vivo Keyd a good chance at pulling out an upset.

And the Brazilian side actually started really strong on the first map of the series Icebox, with good reads and clutch plays by the team on their attacking side the Brazilian champions were able to get out to a strong start of 7-1, forcing Envy to call a time out as the North American side was not finding any answers to the aggression and good executions by the Brazilian squad.

After the time-out, crashies provided us with an amazing ace on clutching the round with 5hp left and in a 1v2, however, Vivo Keyd still came out on top on the first half leading 8-4.

At the start of the second half Vivo Keyd was able to win the pistol round but actually lost the eco round putting them in a weird economic situation and giving Envy some momentum to play with.

Envy took advantage of that momentum and was able to string four rounds in a row closing the gap to 10-8 and putting themselves in a good position to make the comeback a reality.

The ending of the game was a nail-bitter with incredible close rounds with players from both teams stepping up and leading up to overtime, the first overtime of the tournament.

In the overtime, Envy ended up coming out with a win on a very closely contested map 15-13.

The second map was Bind and this time was the North American side starting strong, winning 6 rounds in a row, however, Vivo Keyd was able to respond, and the first half ended up 7-5 in favor of Envy.

In the second half, both teams traded rounds back and forth but with a three-round winning streak Envy was able to claim the map win 13-9 and the series win 2-0, advancing to the group winners match.

However, Vivo Keyd played amazing in both maps and really made Envy work for this win, the Brazilian squad will now be fighting for their tournament live in the loser's match.